How Sam’s Club plans to push back against Costco 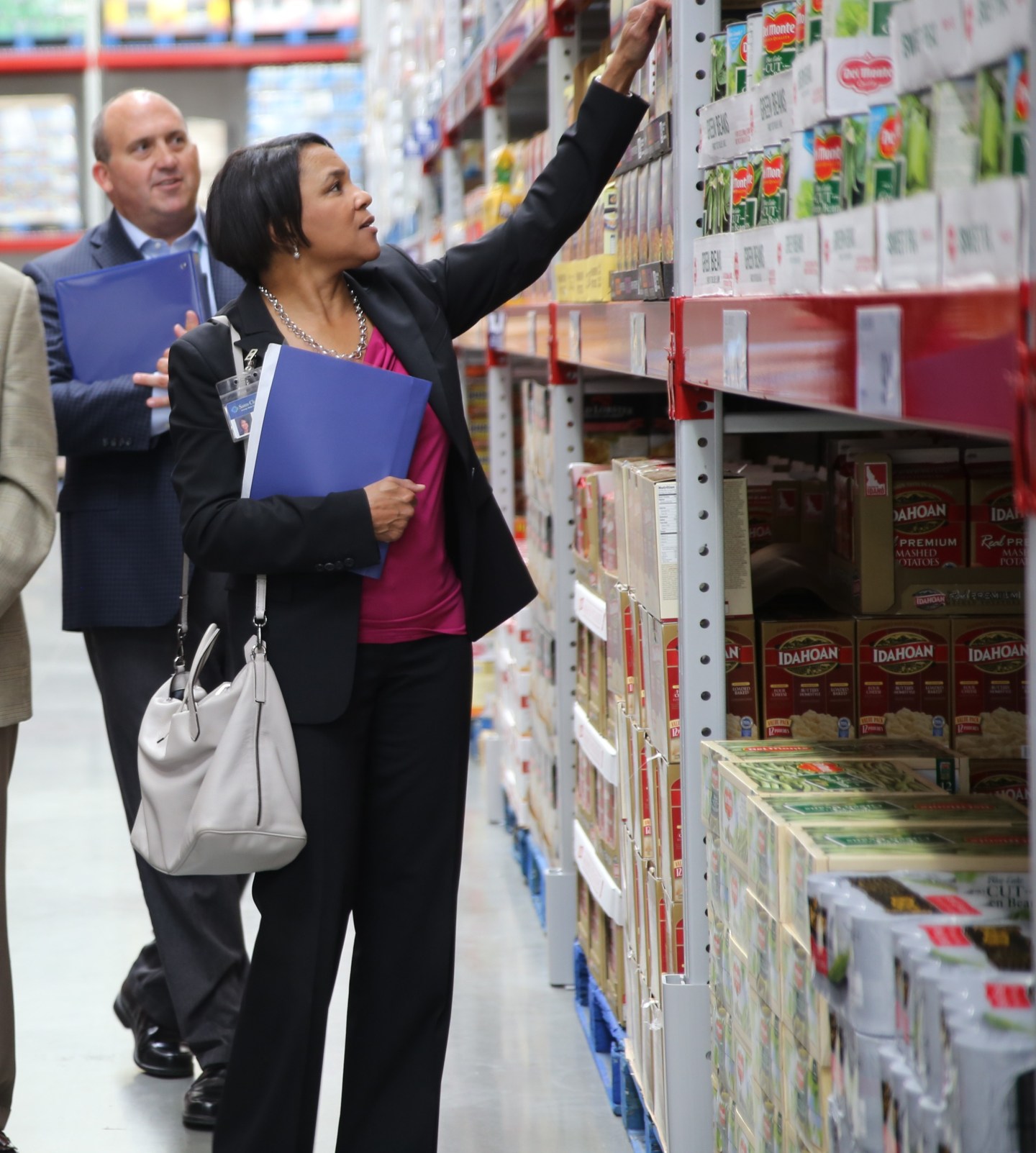 When Wal-Mart Stores’ (WMT) legendary founder Sam Walton opened the first Sam’s Club warehouse club in 1984, he was looking for the same kind of success with small businesses as Walmart found with everyday consumers.

He succeeded: Sam’s Club, a Wal-Mart division, has grown into a $57.2 billion-a year behemoth, making the 640-store chain the eighth-largest U.S. retailer, twice as big as Macy’s (M).

But since the Great Recession, slower business from small companies employing fewer than seven people has been the biggest source of pressure on its results, especially compared to archival Costco Wholesale (COST). On Thursday, Sam’s Club reported that last quarter, business members once again paid fewer visits to its stores, and that membership income from those customers was soft, weak spots in an otherwise solid earnings report.

Those small business owners account for as much as one-third of Sam’s Club’s membership, according to Kantar Retail estimates, but they have cut back on spending on their businesses and themselves. In contrast, at Costco, micro-businesses are about 10% of the membership.

Add the weak tobacco sales at convenience stores ever since dollar stores got into the traffic-generating category in the last year, and more office supplies sales going online, and you have a big chunk of Sam’s Club’s business that is challenged.

Yet rather than diminish its exposure to its business members, Sam’s Club is redoubling its efforts to cater to them. These include a pilot of a curbside order pick-up service, help providing small business owners’ employees with discounted health insurance, and offering services like help submitting a patent application.

The goal is to give small business owners more reasons to go to their Sam’s Club.

“That group is financially strapped, and right now, our exposure to that group is behind our deflated traffic,” Sam’s Club CEO Rosalind Brewer told Fortune in an interview. “But we try not to forget our heritage in that space.”

The retailer is also making improvements online: while office supplies are a much smaller part of Sam’s Club’s small business segment than convenience stores or restaurants, the retailer has widely expanded its online selection geared toward small businesses to 13,000 kinds of items. Brewer says this inventory makes it comparable to Staples’ (SPLS) web assortment.

Brewer, CEO since 2012, said Sam’s Club has also added 70 different organic items to its assortment, in frozen food, packaged foods and produce to meet the changing needs of restaurants. And acknowledging Costco’s enormous success with its Kirkland private label brand, which generates some 20% of Costco sales, Brewer has plans to push out more private label products as well.

Even though the micro-business segment, which employs 10% of the U.S. workforce, has impeded Sam’s Club’s growth of late, it also gives it an opportunity to differentiate itself.

“Sam’s has a lot more it can still lose with small businesses, so stepping up as a continued resource for this constituency is a good move that will help,” said Sara Altukhaim, director of retail insights at Kantar, while noting these initiatives would take time to lift Sam’s Club. “If a retailer can get it right, these small business can use all the help they can get.”

No hyperventilating called for

Sam’s Club has only reported better annual same-store sales growth than Costco once since 2007, and at the start of this year announced 2,300 job cuts. While some 91% of Costco members renewed their memberships, about 84% of Sam’s Club members polled by Kantar in August said they planned to renew.

A lot of Sam’s Club’s challenges have to do with it having lower income shoppers. Like its sister chain, Walmart, Sam’s Club is more exposed to price conscious shoppers than Costco, whose stores have a high concentration in California (32% of Costco locations are in that state), the Northwest and affluent suburbs elsewhere. In contrast, Sam’s Club’s expansion has mirrored that of Walmart, and its stores are typically in rural locations. Brewer has said the cutbacks to government assistance programs in the last year have hurt her customers.


But the retailer’s biggest issue has been the pressure on its business members. Costco has largely inoculated itself against that by taking the merchandise aimed at business costumers out of its 470 U.S. clubs, instead concentrating it in nine business centers catering specifically to that group. (A third, much smaller competitor, BJ’s Wholesale, focuses primarily on individuals.)

In the last year, new pressures have emerged. Sam’s Club’s mom-and-pop convenience store customers, which rely on tobacco sales, got dinged when the likes of Dollar General (DG) and Family Dollar Stores (FDO) starting selling cigarettes and as national convenience chains expanded. And convenience store franchisees are generally losing some of their discretion in choosing what to stock, leading them to source less from Sam’s Club.

Tech is a big part of Brewer’s strategy. She told investors last month that Sam’s Club would start slowing the pace of new club openings and shift more capital spending to the tech that will further integrate stores and e-commerce. All that is essential considering how successful Amazon.com (AMZN) has been with its Prime membership, which has effectively made the online retailer a warehouse club.

One service Sam’s Club is testing is a new form of mobile payment processing where an employee can deliver merchandise to a customer’s car and process the payment right there. Sam’s Club is also running a pilot drive-through service whereby an order is ready for a business member on a flatbed with Sam’s Club loading it when the customer arrives.

Brewer warned investors last month that “it’s going to take some time” for Sam’s Club weak business traffic trends to improve, but she is optimistic.

“The base of our business is very strong,” Brewer told Fortune. “If I could pull out those few soft points, we do compare pretty strongly category by category to Costco. We’re not hyperventilating at all.”