Inside Pizza Hut’s radical move to double its menu 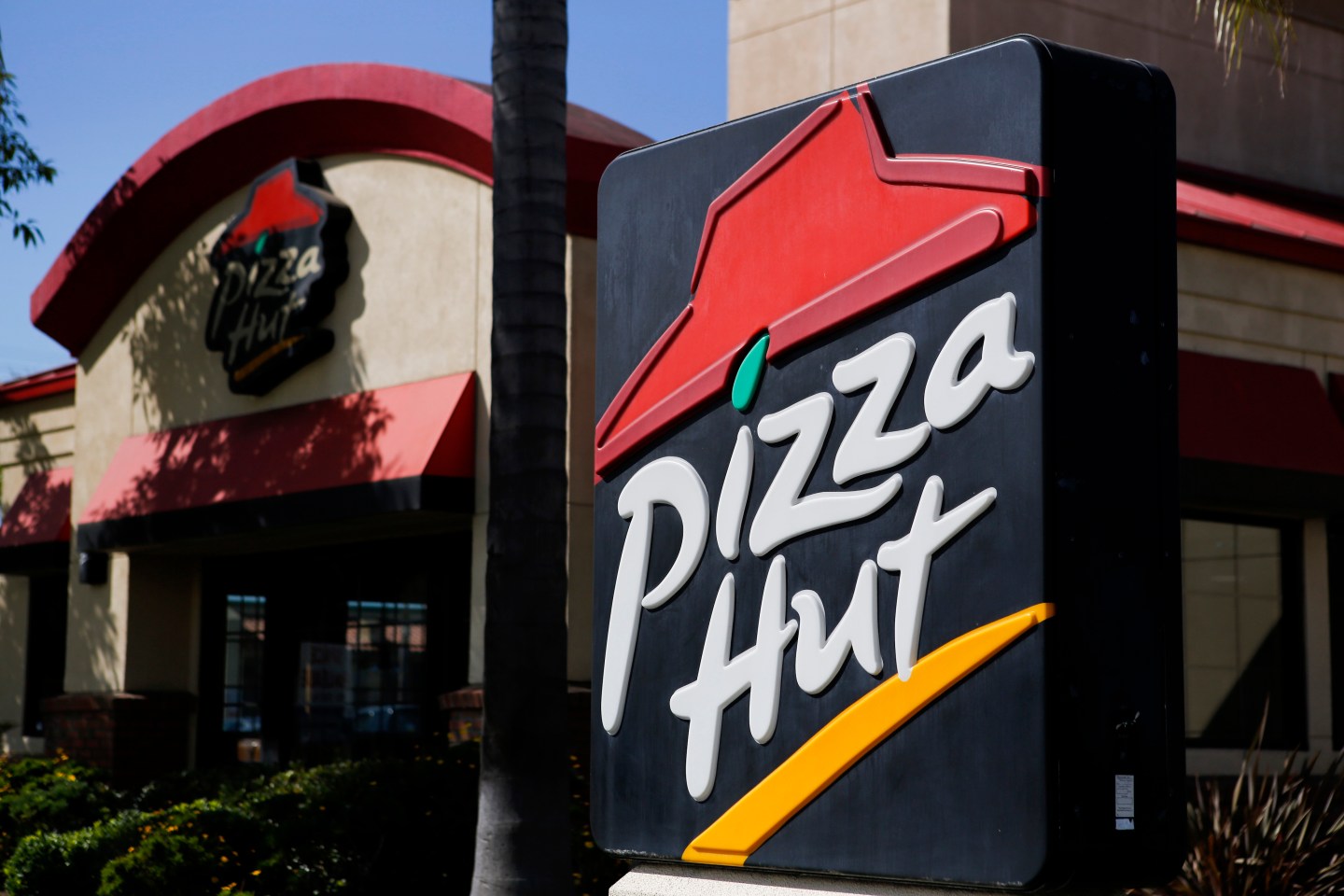 In a bid to turn around lagging sales, Pizza Hut is serving up some serious change.

The new offerings – which include trendy items such as pretzel crust and honey sriracha sauce – will double the chain’s existing menu, and can be mixed and matched to create 2 billion different pizzas. That’s right – 2 billion.

Pizza Hut CEO David Gibbs calls the changes “the most significant we’ve made in our history.” And change is just what it needs. Pizza Hut, which is owned along with KFC and Taco Bell by Yum Brands, has suffered eight straight quarters of same-store sales declines. In the latest quarter, U.S. sales fell 2 percent and the company said its operating profit would miss initial estimates. Domino’s, on the other hand, saw U.S. sales jump nearly 8 percent in the latest quarter.

But Pizza Hut’s bold move is not without its risks. After all, an extensive and on-trend menu may get people talking, but an overcrowded menu can be more trouble than it is worth.

Related: Is This the Year Fast-Food Pizza Disappears?

Why now’s the time

One look at Pizza Hut’s revamp and it’s clear the chain is trying to appeal to millennials. The pizza giant is ready for a new look, now making its servers wear jeans and Pizza Hut t-shirts with phrases like “No one throws a sandwich party.”

Its 11-item “Explore Flavor” menu includes meals such as the Sweet Sriracha Dynamite (a pizza with honey sriracha sauce, crust and drizzle, topped with chicken, pineapple and two kinds of peppers) and the Pretzel Piggy (a pretzel pizza topped with bacon, mushroom, fresh spinach and balsamic glaze that uses garlic Parmesan sauce instead of marinara). And, because health food is hot, it has introduced Skinny Slice pizzas — thinner versions of its traditional hand-tossed crust — as well as fresh spinach as a topping.

The ideas are good, and the new pizza is pretty tasty (we tried it). It’s certainly not something that would be mistaken as fine cuisine, but it is bound to help Pizza Hut stand out from the competition – much like the Waffle Taco did for Taco Bell.

That’s not a bad thing. The Waffle Taco and similar quirky and trendy items helped boost Taco Bell’s earnings, with the Tex-Mex chain shining as the brightest point in Yum Brands’ portfolio for 2014.

Earlier this year, Pizza Hut started selling pizza by the slice, adopted a fast-casual inspired store design and tested an interactive, tabletop tablet. The latest overhaul serves as a closing statement in Pizza Hut’s argument that fast-food pizza as we once knew it is disappearing.

The price for franchisees

Of course, major changes also require major funding and training. The chain isn’t pulling any existing pizza options from the menu, a move that keeps with its 56-year history, but a potentially time-consuming and pricey one; after all, it takes more time and money to make a pizza with fresh spinach and drizzled with honey sriracha than a plain cheese pizza. While the new pizzas cost more and can earn back more money per pie, customers need to bite first so that the ingredient costs and training don’t go to waste.

This behind-the-scenes work can seriously drain a franchise and turn franchisees against a brand. McDonald’s, for example, has blamed recent financial troubles in part on an overly complicated menu, a factor that has also turned many franchisees against the chain.

In September, Pizza Hut brought more than 1,000 area managers and area coaches to the chain’s Dallas headquarters to taste and learn to make the new pizzas firsthand with the chain’s Academy Team.

As for costs, Pizza Hut spokesperson Doug Terfehr says, “While I can’t share specifics of the investment, I can tell you this is biggest thing we’ve done in a very long time.”

A Pizza Hut spokesperson assured me that franchisees have been extremely supportive of the changes — a fact confirmed by NPC International, Pizza Hut’s biggest franchisee.

“Franchisees worked hand in hand with Pizza Hut, Inc., on every facet of this launch,” says a spokesperson from NPC. “We couldn’t feel better about the direction we’re going and the long-term strength these changes will have on our business… This is what our customers have told us they want, and we think these new flavors are going to be very popular with customers of all ages.”

If Pizza Hut was struggling, so was NPC: in August, the franchisee reported that same-store sales at its Pizza Hut units fell almost 6 percent in the second quarter compared to a nearly 4 percent drop a year ago.

Related: For America’s No. 5 Pizza Chain, Moms Are the Secret Sauce