A call to action for companies with no female directors 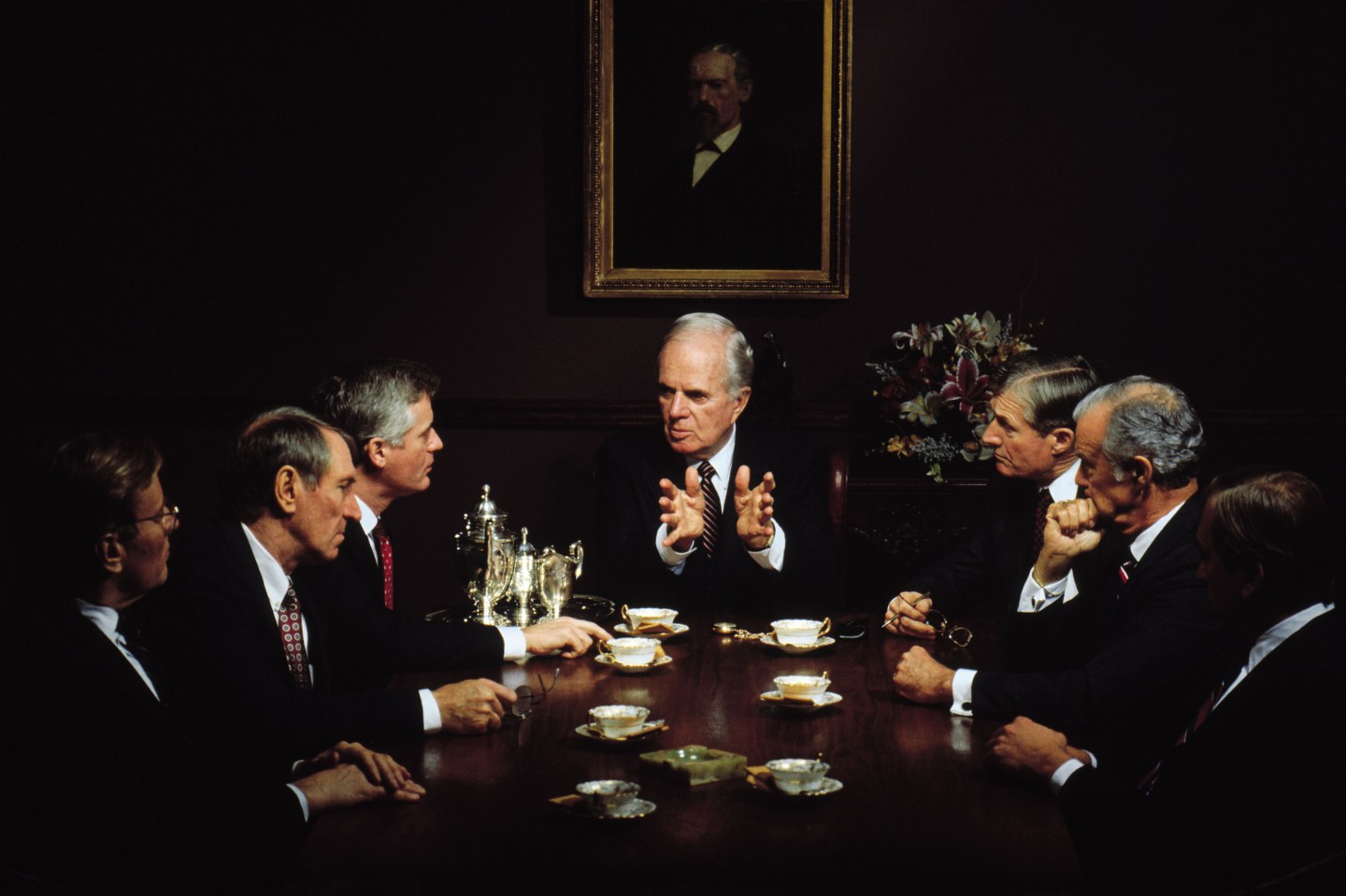 After years of making the business case for diverse boards via research and panel discussions, it’s time for a different approach.

Despite all of the studies showing corporate boards with female directors perform better than all-male peers, women occupy only 16.9% of Fortune 500 corporate board seats today. In the last decade, that percentage has grown by just 3.3%.

“We don’t need any more studies, we get it,” says Janice Ellig, the co-CEO of executive search firm Chadick Ellig. “There is a pipeline out there of very talented women running major divisions at companies or law firms or working in science and they should be sitting on boards.”

To accelerate change, the Committee for Economic Development, a business-oriented public policy group, plans to go directly to nominating committees of prominent corporate boards to engage them in a dialogue on the issue. By making some simple changes in the way that they think about recruiting new board directors, the CED believes the U.S. can achieve 30% female representation on corporate boards by 2018.

“You get a lot further by talking with people rather than talking at them,” says Debra Perry, the co-chair of CED’s women’s economic contribution subcommittee. “There is a vast amount of research and public relations efforts that have been underway, but there still has been very little progress.”

To get to the goal of 30% female representation in four years, every other board seat that becomes available between now and 2018 will have to be filled by a woman. While the goal might sound impossible given how slowly things are currently moving, the CED suggests in a new report that expanding the criteria for qualified directors will go a long way to getting results. Nominating committees typically draw up an excessively narrow list of qualifications for directors. Also, former or current CEOs are considered to be the ultimate prize for elite companies searching for board members. Of course, only 5% of CEOs at Fortune 500 companies are women, so this narrow definition of qualified candidates considerably shrink the talent pool. Yet if nominating committees more aggressively recruited slightly lower ranking leaders – divisional presidents, law firm partners, financial service executives and entrepreneurs – a lot more women would be eligible.

The CED is not recommending the U.S. consider government-mandated quotas for women on boards. While several European countries such as France, Spain and Norway have increase the diversity of their boards this way, the CED believes this is an intrusive regulation that will make people view female appointees differently by their male peers on the board. Despite the opposition to quotas, the CED is clear that there is no “self-correcting mechanism” to achieve gender balance on corporate boards. In other words, business leaders must be proactive about recruiting more women directors.


“This situation is not going to change unless men who serve on boards take a leadership role on it,” Janet Hill, who serves on the boards of Wendy’s Company, Dean Foods, Carlyle Group and Echo360. “This is not something to be solved by the 16% of women serving on boards today. This is a challenge for the men, and I would challenge them to get involved.”

While men have a role to play in getting more women on boards, qualified female candidates also need to step up. Gerri Elliott, a director Whirlpool Corporation (WHR), Bed Bath and Beyond (BBBY) and Charlotte Russe, has a combined 34 years of senior executive experience at tech business like IBM (IBM) and Microsoft (MSFT). Yet when she decided over a year ago to look for her first seat on a public board, she had a hard time finding the right opportunity. Despite putting the word out that she was interested, she still had to work to get on the radar of search firms and nominating committees.

“The CED report outlines well how we need to increase the diversity of our boards for good business reasons,” says Elliott, a CED trustee. “We haven’t moved the needle fast enough. But it’s also up to women to help themselves by aggressively getting a plan in place to make it happen.”

For Beth Brooke-Marciniak, the global vice chair of public policy for auditing firm EY, ensuring that nominating committees truly understand the business case behind bringing women on to boards is essential. Beyond that, she thinks the issue is a matter of global competitiveness. The CED trustee has watched as some of her most successful female peers in corporate America get recruited and poached by European companies that are more progressive in their approach to recruiting more directors.

The CED’s call to bring in one woman for every man that gets a new board seat in the next four years, will hopefully change the current approach.

“Everybody knows the business case for diversity, but when nominating committees go to fill for positions, they mainly still look at current company’s board and sitting CEOs,” said Brooke-Marciniak. “The concept of every other one we hope will, again, will draw people’s attention that this is really not that hard.”