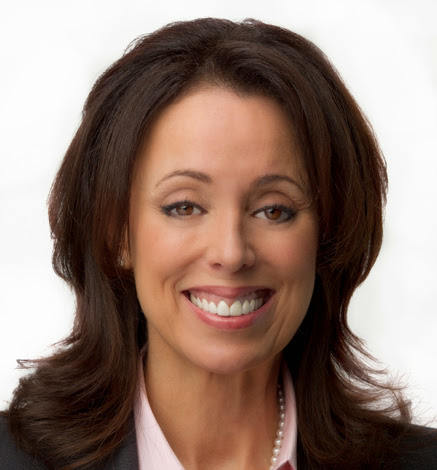 If you look at the Fortune 500, roughly 200 to 300 board seats open up each year. Now consider the thousands of senior executives across industries jockeying for those seats. The competition is beyond fierce, especially if you have never served on a big public company board before. And it’s especially difficult for women.

Today, only 17% of board members in the Fortune 500 are women, according to industry stats. Given both the tendency of companies to put sitting CEOs on boards, and that there are only 21 female CEOs in the Fortune 500, the odds for women to find a board seat are even more difficult. This, despite data from Catalyst, a business research organization, which shows demonstrated shareholder value of a diverse board.

Enter Gerri Elliott, who’s as accomplished as they come – in any industry. With a combined 34 years of senior executive experience at tech businesses like IBM (IBM), Microsoft (MSFT) and Juniper Networks (JNPR), Elliott has been responsible for thousands of people in sales, marketing, services, support and channels, and billions in revenue. She has served on start-up, nonprofit, and private boards, and spent countless hours in board rooms presenting and hammering out issues with her own big public company boards.

About 18 months ago, Elliott decided that she wanted to put all that experience to work by serving on a Fortune 500 board. It was the logical next step in a successful career. Elliott figured she’d simply put the word out to her close-knit circle that she was looking for a board seat and the opportunities would come flowing in.

“Except they didn’t,” Elliott says. Despite encouragement by her inner circle that she’d be great on a board and have a flood of opportunities, she waited in limbo for about a year. “That’s when I realized I had to go after a board seat the same way I have approached everything else in my career, with a thoughtful, detailed plan.”

One big reason for the silence from potential board recruiters, Elliott concluded, was the fact that she wasn’t currently serving on a major, public company board, and therefore not on their radar. A classic, and frustrating, example of the chicken-or-egg dilemma. But Elliott also realized she was torpedoing her chances, at least in part, by doing something she often advised fellow women professionals against – taking a roundabout route.

“Women are not often as direct as they need to be when they want something,” Elliott says. “I believe that if you want something, deserve something, you should say it. I realized I ought to follow my own advice.”

Elliott devised a multi-step plan of attack, beginning with stepping back and taking the time to think through her aspirations and expectations in serving on a corporate board.

Step 1: Know what you’re looking for and the value you bring

“Rather than broadcasting this vague idea that I wanted a board seat, I could help people help me,” she says. She spent time thinking about what kind of company she wanted to serve and where she felt she could add value.

Elliott identified the ideal size, governance ranking, industries, and location (proximity to East-Coast family, her home in Silicon Valley, and the Kellogg School of Management at Northwestern University, where she serves on the advisory board for the Center for Executive Women Senior Leadership Program).

Elliott’s tech background and the industries in which she had spent the bulk of her career (retail, travel and manufacturing specifically) were her greatest assets as a board candidate. For each potential company and industry she looked to see how those assets could be put to use. She asked herself, ‘What is the business value I could provide to a corporate board? Why would they want me as a member?’

Not only did she honestly evaluate her skills and potential contribution herself, she made sure to ask the boards she later interviewed with what value they believed she would bring to the table. “If you can’t answer that as a candidate, or if the board can’t answer that specifically, then I don’t think it’s a good fit.”

Beyond the size and industry of the Fortune 500 companies Elliott aspired to serve, the organization and vision of the board were of critical importance for her. “I think great boards have a plan for what the board composition ought to be. And you could tell right away whether they had that plan,” Elliott says.

At the time she was beginning her search, Elliott was EVP and chief customer officer at Juniper Networks. Before taking any overt action, it was important that she secure the support of her CEO and board chairman. Once that was accomplished, Elliott felt free to take action openly.

She sent an email to her entire network, including friends, acquaintances, and every recruiter who had ever reached out to her, directly stating her goal of getting on a corporate public board within the year. Nothing vague, a very clear ask for help. “The response back was tremendous,” Elliott says. Time and time again she heard the same refrain, “I had no idea that’s what you wanted to do.”

Through her research, Elliott found that only 30% of corporate board seats get serviced through executive recruiters. The other 70% are serviced through the board’s own network. Which again explains why if you have never served on a board it’s so hard to break in.

While she was doing her self-assessment and legwork, Elliott came across James Drury Partners, an executive recruiting firm that has a service dubbed “Board Select.” To oversimplify, after an exhaustive vetting process, Drury works for the candidate to devise a comprehensive plan to select the right target boards for that candidate based on several factors, such as industry, size, scale and geography. Drury works closely with their clients to create a package containing their resume, an in-depth bio, testimonials from references, and a detailed executive summary. Drury then proactively contacts boards to introduce the executive to the CEO, chairman and head of nominating and governance.

Drury started with a list of 400 companies that Elliott then bucketed into one of four categories: A) I’d love to be on. B) I’d like to be on. C) I’m not sure. D) No way. Winnowing the list to just her A’s and B’s, Elliott was left with 50 companies. The Drury team told Elliott to chop that 50 down to 20. “So I got it down to 20, and it was tough,” she remembers. “It was a wonderful process because it makes you really think about what you are going after.”

Drury reached out to Elliott’s list of 20 target companies, with all the supporting material, and got 10 hits right away. These weren’t offers, just the preliminaries, but all that supporting material Drury had wrung out of Elliott made potential boards take notice. Once word got around the rarified world of big company board recruiters, Elliott was in demand. Although Elliott feels fortunate to have worked with Drury, the selection process is something she feels anyone can approximate as they are choosing their ideal boards.

Step 4: Choose wisely (and it’s okay to be picky)

Ultimately, Elliott came out of the process with three board seats at companies that fit her criteria – Whirlpool, Bed, Bath & Beyond and Charlotte Russe, a private board. The opportunity to serve on the board of Whirlpool, she notes, “was a 30% one,” serviced by an executive recruiter she reached out to with her email blast. Bed, Bath & Beyond came through the Drury process, and Charlotte Russe, through her network of personal contacts.

Given how challenging it can be to land your first board seat, Elliott acknowledges how tempting it is to jump on your first offer knowing that it now puts you in the pool of eligible candidates for future boards. “Even if that board may not be exactly right, you know that it may get you to one that you would love to be on.”

Still, Gerri advises to choose wisely. “The amount of time, effort, work, serious nature of the business that you’re doing, your fiduciary responsibility, the liability – there’s a lot at stake,” she says. “It’s like a marriage. You’re making a commitment for the long-term, so take your time and wait for the ideal opportunity. And once you do, be ready for the flood of new opportunities, because now you’re a known entity.”

Michael V. Copeland is a partner at Silicon Valley venture capital firm Andreessen Horowitz. Danielle Lussier is a Stanford University student who works in the marketing department at the firm.