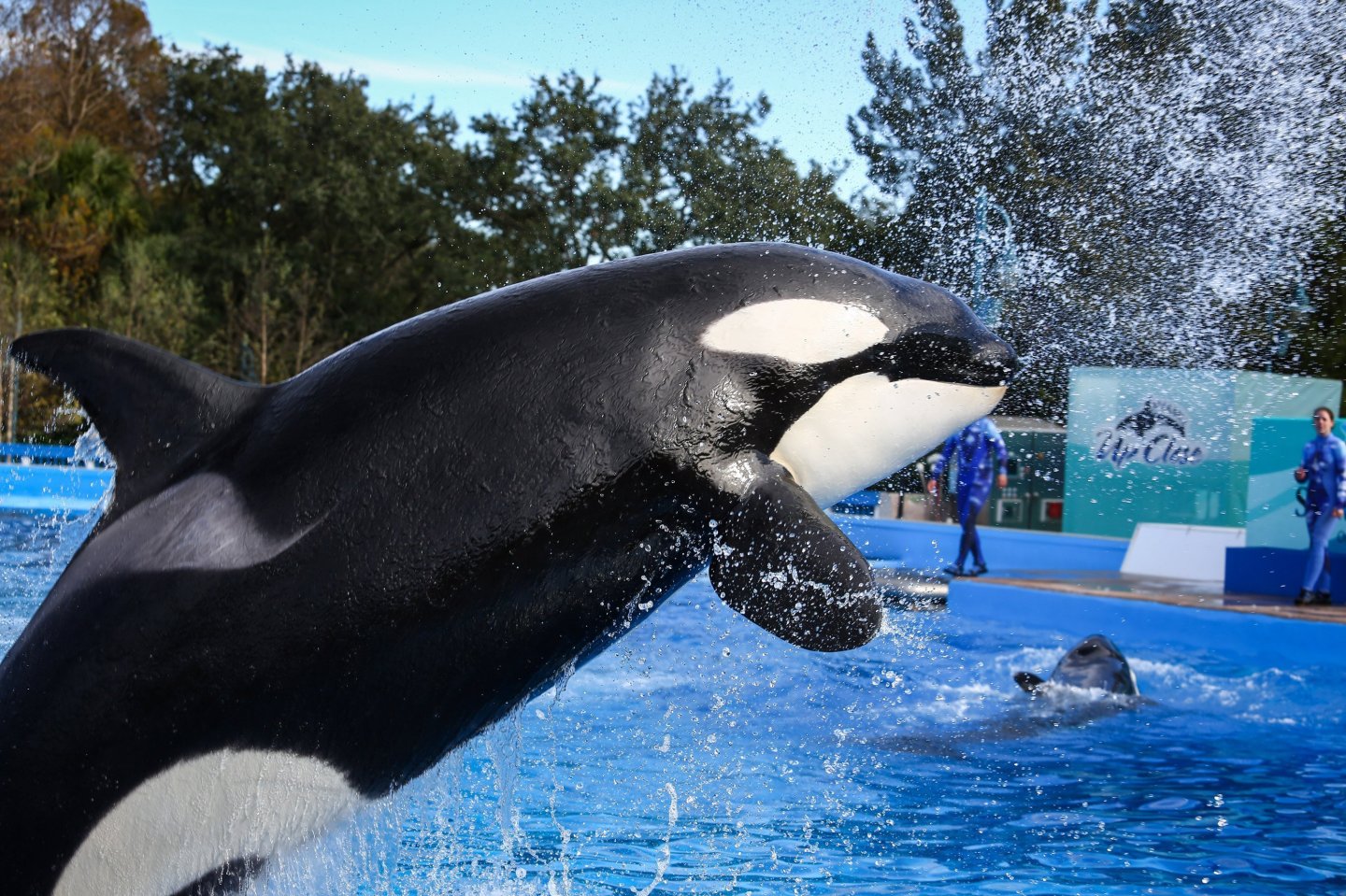 SeaWorld is having what can only be considered a massively disappointing year. The theme park operator released its third-quarter earnings report today, and things aren’t looking any better than they did earlier this year.

The company reported decreases in revenue, net income, and earnings per share. Those declines can’t be blamed on increased expenses — the simple fact is that fewer people are going to SeaWorld (SEAS) parks, and when they are there, they are spending less money.

A big reason for this ongoing decline is continued bad publicity. The anti-SeaWorld documentary “Blackfish” seems to be a perennial favorite on lists of suggested documentaries to watch on Netflix (NFLX). An announcement of larger habitats for the park’s trademark Orca whales last summer largely backfired, with much of the coverage still focusing on the underlying issues, namely that no tank can recreate the ocean habitats where Orcas live naturally.

Tuna Amobi, an analyst at S&P Capital, said the backlash generated by Blackfish has lasted longer than he thought it would, and that it seems to be continuing. Jared Goodman, the director of animal law at the People for the Ethical Treatment of Animals, said his group was going to continue to press SeaWorld on its treatment of Orcas. He said that the continual tanking of the SeaWorld business was a sign that investors and visitors are “deciding not to support marine animal abuse with their hard-earned money.”

Attendance at SeaWorld fell to 8.4 million visitors last quarter, down from 8.9 million in the quarter before. But its not just allegations of animal abuse that are keeping people out of the parks; competition is another factor. In Orlando, Fla., home of one of SeaWorld’s three parks, there’s always tough competition from the likes of Disney (DIS), but this year the opening of a second Harry Potter-themed park (operated by Universal) compounded it. During Wednesday’s earnings call, CEO Jim Atchison partially attributed the falling attendance at SeaWorld to “competitive pressures in Florida.” When asked directly about the new Harry Potter park, Atchison said that while he admits the opening may have hurt SeaWorld this year, he doesn’t know if that’s a long-term problem, noting that the initial launch of a major attraction tends to see an attendance spurt, and then “things tend to norm out a little bit.”

And don’t look now, but Elsa and Anna are coming to Orlando soon, with a “Frozen” themed ride coming to the Norway section of Epcot. Epcot has generally been seen as the Disney park with the least appeal to kids — sorry, but a world cultures pavilion isn’t ever going to compete with Cinderella’s Castle — but that may chance now that the mega-hit Frozen is making its way there.

All of this, of course, is bad for SeaWorld. With so many options, it’s hard to see parents who might already be iffy about the treatment of Orcas making the choice to schlep their kids to the park. To adjust for this decrease in revenue, SeaWorld is announced a plan today to cut $50 million in annual expenditures by the end of 2015. The plan will “focus on the centralization of certain administrative and support functions and the further optimization of our park operations,” according to CEO Jim Atchison.

Amobi, though, sees this measure a bandage on a bullet wound, and S&P downgraded the stock from a buy to a hold.

“It’s a step in the right direction,” he said, adding “it’s a bit underwhelming. I feel like they had their backs up against the wall.”