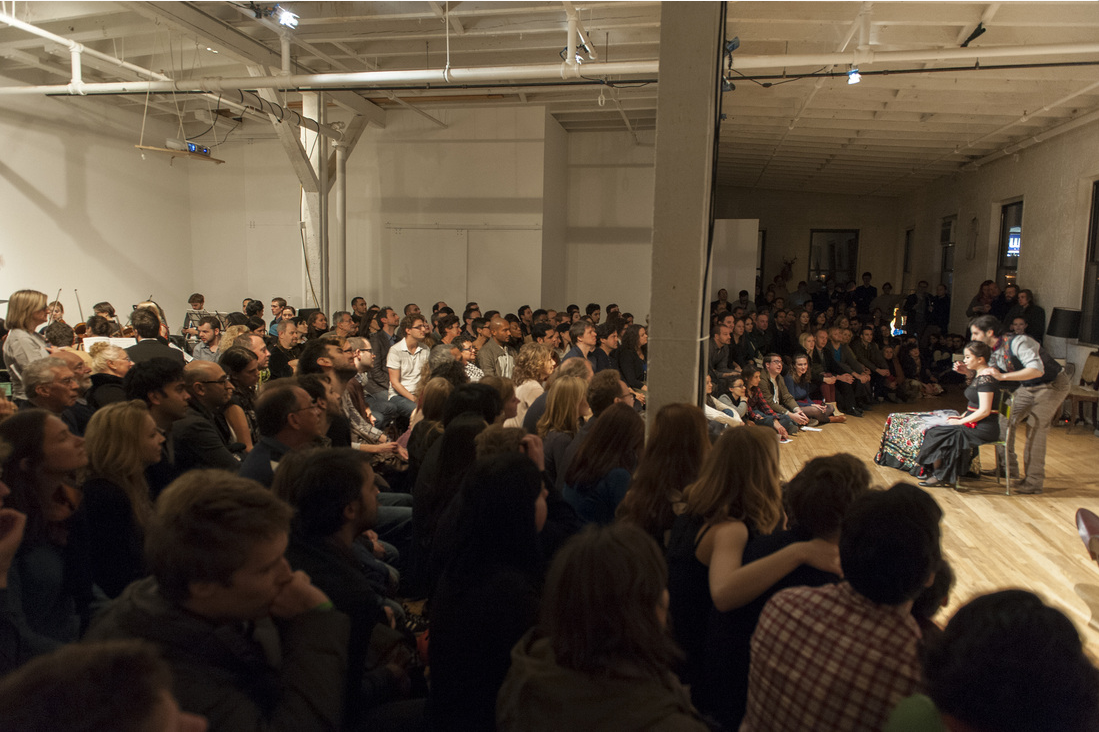 “Opera is officially dead,” declared The Washington Post last month on its Wonkblog.

The Post piece was referring only to the creation and performance of new operas, based on a single chart that shows the long decline in the percentage of operas being performed at New York’s Metropolitan Opera that were written in the past 50 years. (To be fair, in the opera world, even a work like Shostakovich’s Lady Macbeth of Mtsensk, which began a run at the Met Opera this week, is considered “modern,” though it was first performed in 1934.)

But opera is very much alive in some surprising places. The long-held view among New York opera-goers—that there is the Met, and then there is everything else—may be a little less true these days than it once was. As larger, more hallowed opera institutions have struggled to stay afloat (the famed New York City Opera filed for bankruptcy last year), small, nimble opera companies have cropped up to replace them.

One such organization is Loft Opera, which launched last year and this week begins its fourth opera. The company’s slogan: “Something between a loft party and a startup opera company.” It sounds like a hipster’s dream and a critic’s punchline: classical operas with full orchestra and trained singers, performing in Brooklyn lofts for audiences of mostly young people sitting on benches, in fold-up chairs, or on the floor, swigging Brooklyn Lager or red wine from plastic cups. But it was borne out of a desire to offer an alternative to the Met.

“Loft Opera is only as sexy as it is because of the way the Met does opera,” says Brianna Maury, who runs the company with her stepbrother, Daniel Ellis-Ferris; both are originally from California. “We welcome specific personality types that would never make it in the big opera world. They would never hire the voices that we have.”

In addition to giving a chance to talented singers that may not have been classically trained at Juilliard, Loft Opera aims to introduce the art form to young people who might otherwise never be able to afford to see proper opera. When it launched in May 2013 with Mozart’s Don Giovanni, tickets were $15. Maury recalls that there were about 90 people at the first performance, mostly friends and family of the singers or crew. When Loft Opera eventually raised prices from $15 to $20, “there was an outcry,” she says. “That was probably the reason we left Gowanus Loft [where Loft Opera premiered], because the owner was really pushing us to raise the price. He said, ‘This could be a $50 opera, it could be $80.’ But we don’t want to be an $80 ticket.” (They have since raised the price to $30.) Says Maury, “We were so nervous that I think one of our biggest failings from the start was undervaluing our concept. And a lack of ego. We’re finally getting to the point where a little ego feels healthy.”

The biggest challenge, of course, is fundraising. Loft Opera has trod many of the requisite startup avenues: it did a campaign on Indiegogo last year that raised $4,000. It has sought grassroots buzz via Brooklyn events listings and blogs. And it has held a number of fundraising parties. For its first one, in a Williamsburg loft in 2013, Maury and Ellis-Ferris got a couple of kegs of Sixpoint (a brewery in, where else, Brooklyn) and charged just $10 at the door. Looking back, Maury thinks they could have asked for more: “I think we made like $400 at that party. It was a wash.”

Since then, Loft Opera has stayed afloat thanks to getting local sponsors like Brooklyn Brewery, which charges them only $15 per case (leaving the company a high margin on every $5 bottle of beer it sells before the shows). NARS (makeup), 3.1 Phillip Lim (costumes), Bumble & Bumble (hair) and Acme Wine & Spirits are also sponsors. And Loft Opera has two private donors. Both are notable opera patrons who have also given to the Met, but they are not yet ready to publicly support Loft Opera — which may speak to the progress the young company still has to make.

“People in the establishment don’t seem to like us,” says Maury. “But if people at the top of any hierarchy don’t like you, you must be doing something right to throw them.”

Loft Opera’s beginnings were not unlike the origins of many tech startups in Silicon Valley. In 2013, Maury had just moved back from Ireland, and Ellis-Ferris, who had studied classical music at The New School, was living in Brooklyn and working as a personal assistant to a psychiatrist. He had become enamored with the music scene in Brooklyn and wanted a way to bring classical music to young people there. He came up with the idea and Maury came up with a budget and designed the web site. The company has fiscal sponsorship through Fractured Atlas that gives it non-profit status. “Daniel and I both understood the startup mentality,” she says. “We think branding is super important. We knew it needed to be slick if it was going to be successful.”

Ellis-Ferris sang small roles in the first two productions, and at the beginning, Loft Opera paid orchestra members $100, and singers $300-$400. Those figures have both gone way up along with Loft Opera’s momentum: now orchestra members make $500 and singers get between $1500 and $2500. (Those pay rates are for a full run, not per night.) In October Loft Opera put on a joint concert with opera legend Joyce DiDonato.

Although Loft Opera is creative and new, it adheres strictly to the source material. Fred Plotkin, one of the world’s most renowned opera experts, says that’s the key: “They are relevant without trying to be relevant, and they’re relevant because they do something incredibly radical: they respect the operas rather than belittle them, which is what happens even in some very big companies.” For example, when the Met put on Verdi’s Rigoletto last year but updated it to Las Vegas in the 1960s, Plotkin says, “that did not serve the audience well, or the singers. The small opera model is good if—and this is an important if—you honor the intentions of the composer and librettist in the work. That’s what Loft does so well.”

When Loft Opera put on its third opera in February, the 1896 Puccini opera La Bohème, on which the Broadway show Rent was based, its singers wore modern attire (think flannels and jeans) but sang in Italian, with English titles projected onto a brick wall for those who wished to look. Lev Bratishenko, an opera critic in Montreal, says, “I’m always excited to see small companies launch. But then they inevitably pick [Le Nozze di] Figaro as their first opera.” For Loft Opera to launch with Don Giovanni was a risk: it is both extremely well-known and difficult to produce.

Loft Opera isn’t alone: there are a wide range of small players in New York, most of them older, including: Gotham Chamber Opera; American Opera Projects; Regina Opera Company; Bronx Opera Company; and Chelsea Opera, which launched in 2004 and performs in churches.

There are so many of them that just last year OPERA America launched the New York Opera Alliance, a coalition for opera companies small and large. “There’s so much opera happening in the city right now, and many of the small companies are producing new works,” says Chris Fecteau, the artistic director of dell’Arte Opera Ensemble in Manhattan. He says running a small company is “a tough balancing act, because you’ve got all those costs but you want to keep ticket prices low for your audience.”

Dell’Arte picks a new theme each year, and has an annual budget around $100,000—small, but far greater than the shoestring coffers of tinier companies. It only has singers perform roles they’ve never done before, which Fecteau says is “like watching someone do high wire.” This past year, dell’Arte paid a professional media consultant for the first time, to help get the word out, and Fecteau says, “it was one of the better investments we’ve ever made. It helped audiences go up 20% and press reviews go from four or five to 20.” In other words, word-of-mouth only takes you so far.

Small opera businesses aren’t only succeeding in New York. In Texas, Opera in the Heights, which launched in 1996, aims “to provide a stage for emerging opera performers and to bring affordable opera to the greater Houston area.” Its performances are in Lambert Hall, originally a church. Opera Lafayette, in Washington, D.C., first started in a Capitol Hill basement and is now observing its 20th anniversary. Long Beach Opera in Los Angeles defines its performances as “outside of the box.” Tapestry Opera, in Toronto, creates new operas by pairing up writers and composers, and works with students.

In many ways, scrappy opera outfits may be getting by purely on conviction. “The small companies are a lot more passionate because they’re putting their limited resources on the line,” says Plotkin. “There’s no vanity.”