Can this man help Google take its cloud business to the next level? 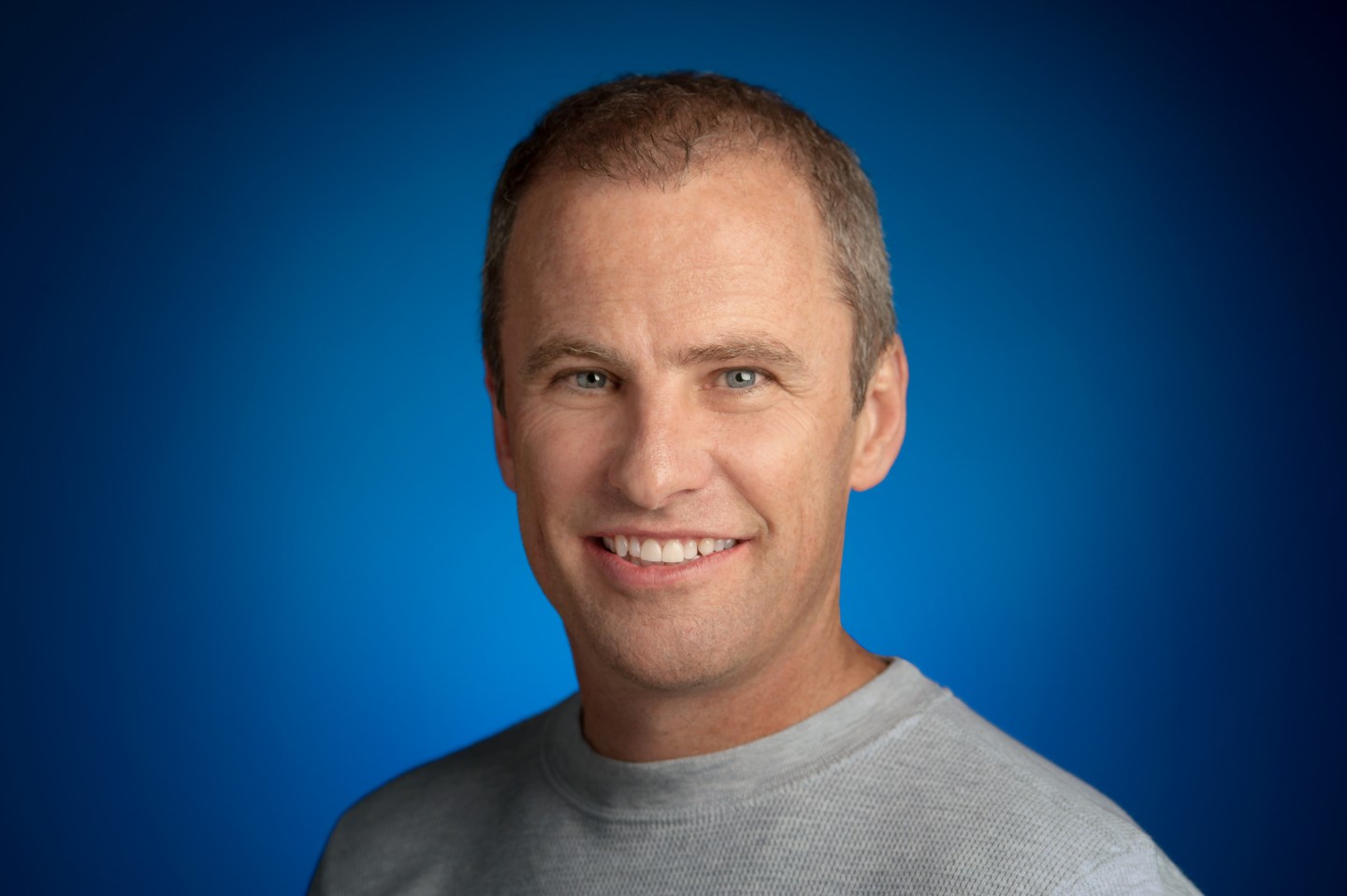 Google’s efforts in the public cloud have been, well, pretty nebulous. It’s one reason why the company recently hired former Red Hat (RHT) chief technology officer Brian Stevens—to give its open cloud more focus and turn it into a real enterprise business, not just a tool for developers.

Stevens, now vice president of product management for Google’s cloud platform, is having a coming out of sorts on Tuesday in San Francisco, where his company (GOOG) is hosting an event on what it calls “next-generation cloud technology.” The event included several product announcements, including a new service for building a more efficient type of software called container-based applications, price cuts to its general cloud services, and new customers such as Office Depot.

Fortune caught up with Stevens ahead of the event to find out his plans for the business and how he views the competition. Below is an excerpt from that conversation.

Fortune: Why did you decide to come to Google?

Stevens: Technology has always been my passion, but I really get excited about change and disruption. I’ve done two of these transformational changes, all on the enterprise side. The first was at Digital [Equipment Corp]—they were the ones who disrupted the enterprise against IBM in the move from big massive mainframes to minicomputers. And then they started getting disrupted by Intel because companies just don’t deal well with disruption. They weren’t willing to change because they were printing money, but then along came a little company called Intel. I saw that happening when I was at Digital and decided I want to be part of a company that makes change for users.

So I left and joined Red Hat and realized that we can make this change not just about Microsoft and Intel but make it about Linux. We brought the same technology that’s powering Google and Facebook and Amazon to the enterprise. What’s happening in that space is still really exciting, but it’s all about what they’re doing inside the private data center for customers. The next big transformational thing, which is already happening, is to take advantage of public cloud services. And so when I started the conversations with Google it was like, wow—to actually be a part of a great brand that is just now beginning its focus on bringing businesses to the cloud? That’s worth moving for.

What is your mandate here, what do you see as your mission for this business?

It’s kind of self-mandated. The company is not highly structured. You don’t have to own to lead, which I think is a very powerful thing. Right now my mandate is to build a business out of it [the cloud platform]. I think we have the best technology in the world but technology alone isn’t enough. How do you build a business out of it? how do we focus? How do we build a partner strategy? How do we create rich relationships with customers? There’s a lot in place but there’s a lot we want to build. I think that’s why they looked for me.

What about your competition? How do you view them?

Microsoft’s got a good platform. I think they’ve got one of the best platforms—I think it’s better than Amazon’s, to be honest. It’s just that their brand weighs them down. If I’m a Microsoft customer on premise, then I’ll use Microsoft. But a lot of them [the customers] are getting away from that model. And IBM’s sort of restarting. They built it [their cloud] and tried to do data center outsourcing, more than a pure play cloud. With the acquisition of SoftLayer they bought an install base, but in my opinion it’s really primitive. It’s more like managed hosting.

Where do you see yourselves, given where Google’s cloud platform started and where it’s going?

Well, I’m eight weeks in. They [Google’s cloud platform] has always had a consumer and developer focus. All of the underlying technology that was built on the platform already has the resilience, the network connectivity and the scale that we need. So now what it means is how do we, instead of just running our own cloud-scale apps on it, how do we actually allow our customers to build their own applications and use that infrastructure for themselves. So the platform’s already in place and now customers want to use it.

So the scale of the platform is already there, as is the reliability. Now it’s really around building the APIs and the reach. The first wave of that was the developers—allowing them to bring their code and automate and scale it in the cloud. The original part of Google’s cloud was really a developer focus. That doesn’t work for a lot of the enterprises that say, well, we’re not going to rewrite our applications. We already have our applications and they’re in house. We want to put them on your infrastructure.