Apple reveals its ‘best iMac ever’ with high-res Retina display 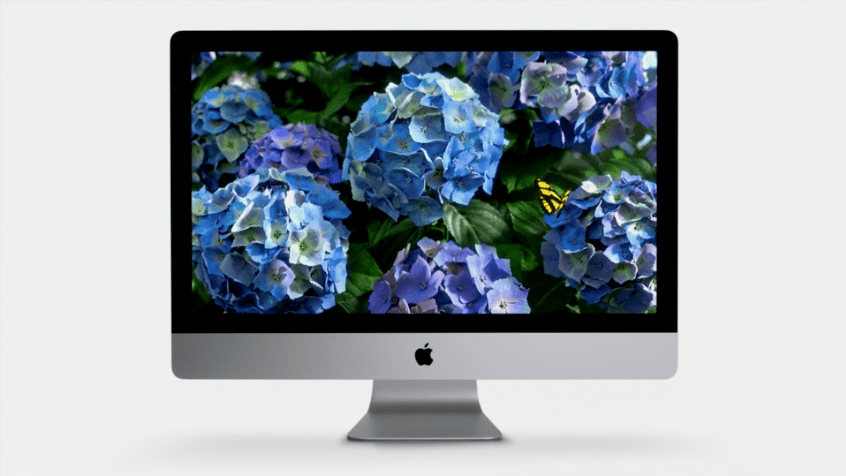 The new iMac sports a 27-inch screen with the new Retina 5k display, which shows 14.7 million pixels to offer what the company says is the world’s highest resolution display. Retina display has previously been available on versions of the iPhone, iPad and certain MacBooks, but not on the iMac.

The company’s senior vice president of marketing, Phil Schiller, told the crowd at the event that the computer is the “best iMac ever” and its display has 7 times the number of pixels available in an HD television. The new iMac costs $2,499, while a new Mac mini desktop that Apple (AAPL) also announced Thursday will cost $499.

Also revealed were new features of Apple’s iOS 8 and OSX Yosemite operating systems, the latter of which will become available today. Yosemite includes a version of the Safari explorer that the company says is 6.6 times faster than before as well as a feature called “Continuity” that lets users start working on a project on one Apple device and then carry that work over to another device. The operating system also gives users the ability to place phone calls and send and receive text messages across any Apple device.

Apple’s latest product reveal comes a little over a month after the company launched its new iPhone 6 and iPhone 6 Plus, along with the much-anticipated Apple Watch and the Apple Pay mobile payment system.

Thursday’s event was not quite as hyped as the September launch, partially because most industry insiders already felt pretty sure which products would be revealed and that they would likely be updates to existing product lines as opposed to another “next big thing” such as the Apple Watch. Apple also apparently accidentally leaked images of the two new iPads on iTunes a day before their unveiling, which likely eliminated some of the anticipation.
[fortune-brightcove videoid=3843246234001]