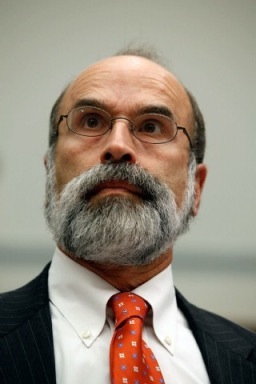 Despite the controversy surrounding his appointment — the Wall Street Journal called it “a disgrace to the judiciary” — Michael Bromwich’s second six-months on the job seem to have gone better than the first.

Bromwich is the former U.S. inspector general appointed by Judge Denise Cote to keep tabs on Apple after she ruled that the company had violated U.S. antitrust laws by conspiring with book publishers to fix the price of e-books.

Bromwich took his job rather seriously, demanding meetings with everybody from CEO Tim Cook to former Vice President Al Gore and triggering angry ripostes from Apple’s lawyers and Rupert Murdoch’s editorial board.

Since then, tempers have cooled.

“Our relationship with Apple during this period has been more productive and constructive than it was during the first few months of the monitorship,” Bromwich wrote in a report to judge Cote filed Wednesday.

Although he complains that he continues to experience resistance, delays and attempts to limit his access to relevant Apple personnel, he reports that he was able to interview “most of the senior executives of the company.” Specifically:

He was disappointed, however, that despite repeated requests, he has still not been unable to speak with

Perhaps they were busy.

Bromwich’s preliminary findings: Although the employees spoke of a culture based on “doing the right thing,” they didn’t always know what the right thing was when it came to U.S. antitrust laws. Moreover, he didn’t feel Apple’s executive team had done all it could to, in his words, to “foster a culture of antitrust compliance.”