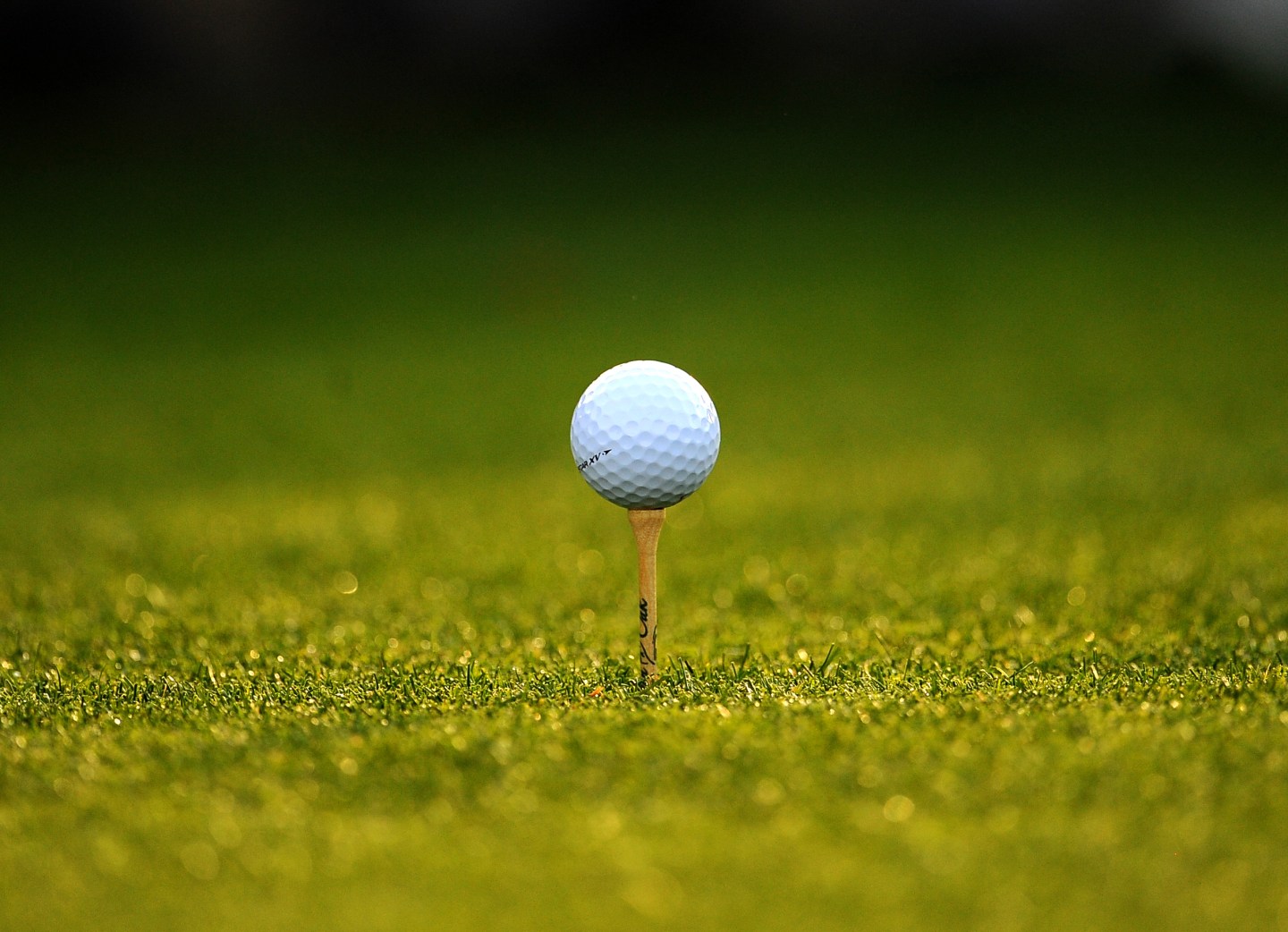 A ball sits on a tee during the second round of the Masters golf tournament at Augusta National Golf Club on April 8, 2011 in Augusta, Georgia. AFP PHOTO /Robyn BECK (Photo credit should read ROBYN BECK/AFP/Getty Images)
Photo by Robyn Beck AFP—Getty Images

Sal Syed, the CEO and co-founder Arccos Golf, a company that’s trying to give golf a 21st century tech boost, says getting a product into Apple retail stores is any startup’s dream.

After less than two years, Syed and his team of engineers have achieved that feat. His technology for golf clubs was introduced in U.S. Apple stores Wednesday.

Arccos Golf sells nearly weightless sensors for golf clubs that use GPS to track data like distance hit, club averages, driving accuracy and putts in real-time. Golfers can view data about their game through a mobile app as they’re playing or on a desktop computer after their 18 holes are up.

Obviously, Syed is more than pleased that his Stamford, CT-based company’s sensors are available at Apple stores.

“I’ve always envisioned and dreamed that we would be in Apple stores,” he said. “We worked very hard and worked very closely to make sure that our product was up to snuff in terms of the experience it delivered and the technology it delivered.”

The simplistic packaging and streamlined sensors, which twist onto the end of a club, closely resemble Apple’s minimalistic design philosophy. That’s apparently what it takes, too, to land a spot on Apple’s coveted shelves.

“The challenges have been on our side,” Syed said. “We have a really high bar for our product. Knowing we wanted to be in the Apple stores, we wanted to meet Apple’s expectations.”

Syed said that his product, Arccos, is “ripe” for Apple’s target demographic of tech lovers.

But Arccos’ debut into Apple stores comes at a tough time for golf retail. To put it bluntly, the industry is stuck in a sand trap. For example, Adidas recently said sales dipped 18% at its golf division, TaylorMade-Adidas Golf. It also said it planned to restructure the division because of “lower expectations for the golf industry’s development.” Nike and Golf Galaxy reported similar woes as well.

Meanwhile, golf courses are shuttering at a rapid clip. Last year, 160 golf courses closed and only 14 new ones opened. Players are simply losing interest. The National Golf Foundation said about 200,000 players younger than 35 left golf in 2013.

But there is some hope, however. The PGA Junior League Golf is reportedly thriving, with the number of participants up to 18,800 in 2014 from 8,900 a year earlier. And younger, college players and tech-savvy adults are just the customer Arccos is tapping.

Arccos is hoping that its sensors, which track more data than some of its rivals, will be more appealing to golf fanatics. For $399, customers get 14 sensors that they can affix to their clubs at the end of the grip. When a golfer takes a swing, the sensors kick into action to all sorts of data that can help hackers refine their game. The sensors rely on GPS to pinpoint the golfer’s location on any one of 16,000 North American golf courses and deduces where the ball is hit by tracking where golfers stand. The sensors connect via Bluetooth to the Arccos iPhone app. That same information can also be viewed on a desktop for further analysis.

Syed thought of the stats tracking idea while attending Yale’s business school. He licensed the technology from Callaway, a golf manufacturer that also teams up with tech startups on innovative golf products, and received venture capital funding from LaunchCapital.

An avid golfer in his own right, Syed asked Yale’s women’s golf team to test his sensors. Chawwadee Rompothong, Yale’s coach, said the data could help members by making information about her women’s play digitized and easily accessible.

“It tracks everything for you,” she said. “The data doesn’t lie.”

Rompothong said the sensors aren’t intrusive and that she plans to use them in practice. “It allows me as a coach to see where they’re hitting – what the averages are,” she said. The fact that many on her team use iPhones to begin with (Arccos doesn’t work with Android phone) helps.

But for now, it’s a waiting game to see if the product catches on with Apple’s customers.

Correction: An earlier version of this story misstated the number of PGA Junior League youth golf participants in 2013. There were 8,900, not 4,900.