Could the shale oil boom be ending? It all depends on oil prices 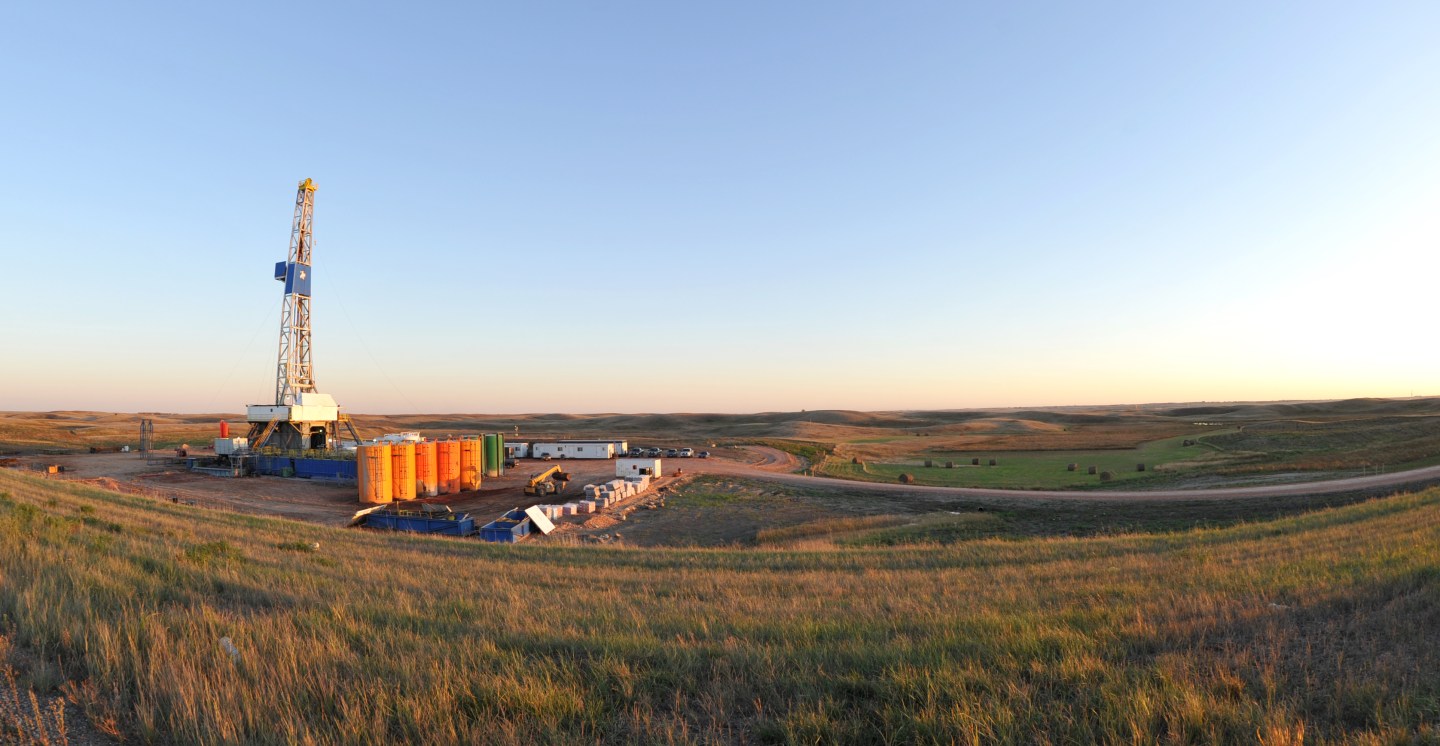 An oil drilling rig is seen September 29, 2010 near Stanley, North Dakota. The well is being drilled into the Bakken Formation, one of the largest contiguous deposits of oil and natural gas in the United States. It is an interbedded sequence of black shale, siltstone and sandstone that underlies large areas of northwestern North Dakota, northeastern Montana, southern Saskatchewan and southwestern Manitoba. AFP PHOTO/Karen BLEIER (Photo credit should read KAREN BLEIER/AFP/Getty Images)
KAREN BLEIER/AFP--Getty Images

With oil prices falling and energy stocks getting battered, the days of the shale boom might be numbered.

Most analysts predict that companies will stay the course for the short-term as prices of West Texas Intermediate crude, the U.S. benchmark, briefly dipped below $85 Friday before recovering to $86. In June, a comparable barrel cost as much as $105.

But if oil prices fall below $85 and remain there for several months, analysts predicted companies would start taking a hard look at next year’s drilling plans. Should they fall below $80, then mid-sized and small producers may cut back their spending and suspend some of their operations.

“If it falls below $80, the companies start having the conversation of slowing down their drilling activity,” said Daniel Katzenberg, an analyst with Robert W. Baird. “It would have to be there for several months for them to actually follow through and reduce drilling plans.”

David Pursell, managing director at advisor Tudor Pickering. Holt & Co. concurred that $80 is a point when U.S. oil industry may start reassessing its shale production. It would unlikely have any impact on the big oil companies like ExxonMobil (XOM) because most of their projects are planned far in advance.

At the moment, the industry is expected to continue ramping up production.

In September, U.S. crude oil production averaged an estimated 8.7 million barrels per day, the most since July 1986, according to the Energy Information Administration. In 2015, output is expected to rise to 9.5 million barrels a day, the highest since 1970.

The United States is one of only a few nations where production is rising. It is because of this additional supply and weaker-than-expected demand from China and Europe that Brent crude prices – the global benchmark – have fallen to a two-year low. They are down 21% from a year-to-date peak of $115 set on June 19.

A big part of the American growth is a result of the shale oil boom. But because that oil is more costly to extract, small and mid-sized producers are expected to be the first to feel the pinch from falling prices.

“Right now, we assume there will be rig count or activity growth in 2015 versus this year,” Pursell said. “But at $80, you can start to create a scenario where activity is actually flat year to year. Below $80 puts that growth at risk.”

Analysts said oil prices would have to remain low for at least a quarter before companies took action and, even then, a response would not come overnight.

“When an (exploration and production) company says ‘Uh oh, I’ve got $75 crude. I’ve got to slow down,’ it takes a while,” Pursell said. “You have got wells you are drilling. You don’t stop drilling in the middle of the process. You finish what you are doing.”

Katzenberg said the first sign of a pull-back might come toward the end of the year when companies typically report on their capital expenditures for 2015. If not then, it might come during their fourth quarter earnings calls in January.

Cutbacks would probably causes prices to stabilize and possibly recover, Katzenberg said. A slowdown in shale well production could have a big impact on supply because the technique has become so widespread.

“The oversupply concern that is one of the big reason for crude dropping, that would resolve itself,” Katzenberg said. “So it is as they always say low prices cure low prices and high prices cure high prices.”