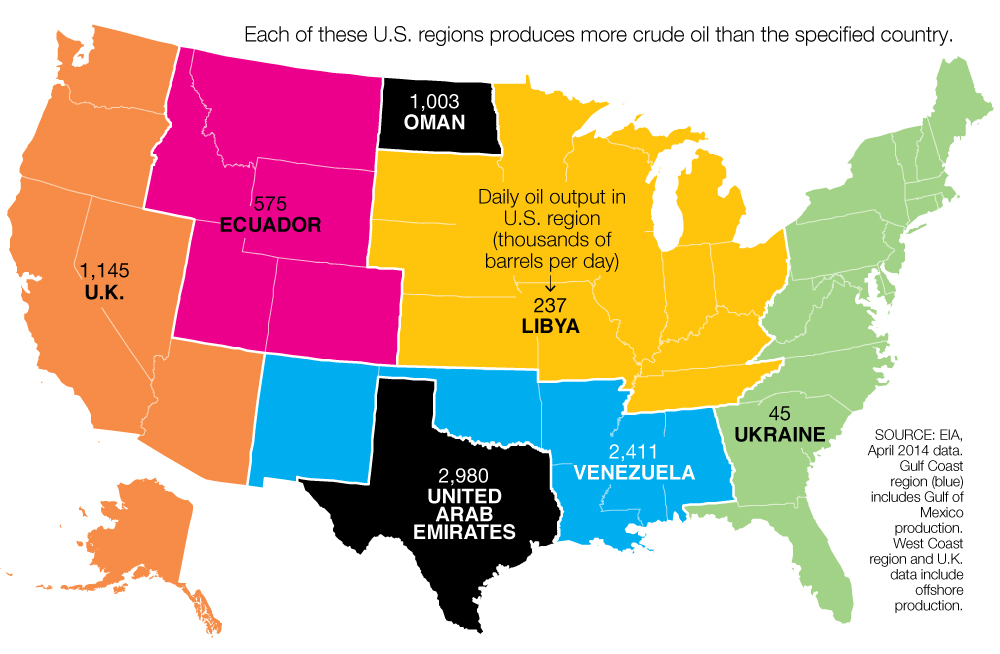 The U.S. is in the middle of an oil boom. Over the past several years, advances in fracking technology have allowed the U.S. to tap into its vast reserves of shale oil, making the country one of the world’s largest producers of crude, upending the global energy marketplace. With nearly two-thirds more output now than six years ago, the U.S. produces 8.4 million barrels of crude per day. That’s still less than Russia, but more than twice as much as Iran or Canada. Texas alone now out-gushes the United Arab Emirates, Mexico, and Nigeria. Forget OPEC—meet the new league of oil-producing states, the united ones. (click the map to enlarge)