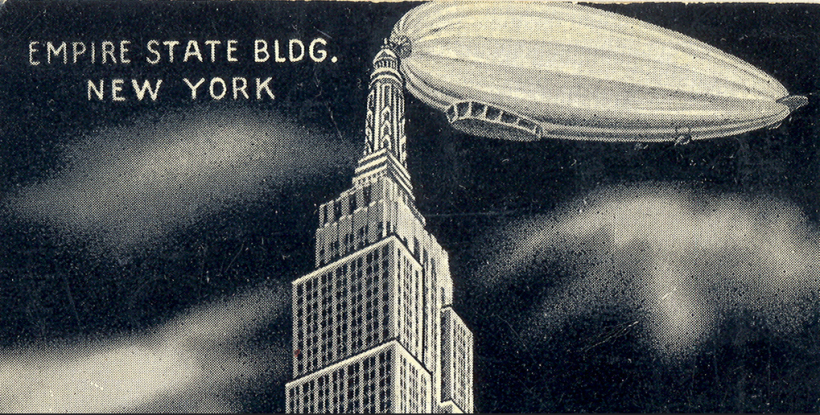 Over the next 24 hours, you’re going to hear a lot of explanation for why Amazon (AMZN) is planning to open its first physical store. Maybe the e-commerce giant is simply looking to showcase its unloved Fire phones, and believes that its retail experiment will prove more Apple (AAPL) than Microsoft (MSFT). Maybe its primary goal is marketing to tourists during the holiday season, given that it’s located right next to Macy’s on 34th Street. Maybe Jeff Bezos simply doesn’t feel that his destruction of Barnes & Noble (BKS) is complete until he’s turned the knife one last time.

But I’d like to think it’s about drones. And, if so, it picked a historically wonderful spot.

I admittedly have no idea if Amazon has roof access as part of this lease, but let’s imagine that it does. And let’s also imagine that all of the regulatory and technological logistics are somehow overcome. If so, Amazon would have a drone hub right across the street from a building that originally was designed to serve as a docking station for dirigibles and related airships. You know, the Empire State Building.

When the Empire State Building was constructed, it included a mooring mast that was designed to let light airships dock. It also was supposed to include a small bridge that would allow people to board and disembark from the 102nd floor. Why fly into an outer borough when you can land directly in Midtown Manhattan?

Unfortunately, the docking station never really worked. The main problem seemed to be updraft around the building combined with the fact that the only mooring was too the building itself (i.e., no additional ties to the ground). One airship did manage to connect for a few minutes while several others came close, and then came the Hindenburg disaster. So the plan eventually was scrapped — and the mooring tower was used as a base for radio and television antennas.

Amazon obviously isn’t looking to ferry around people, but perhaps today’s news means that the company may help Manhattan realize its nearly century-old dream of putting an aerospace hub at 34th and 5th.

Sign up for Dan’s free newsletter on deals and dealmakers: Get Term Sheet