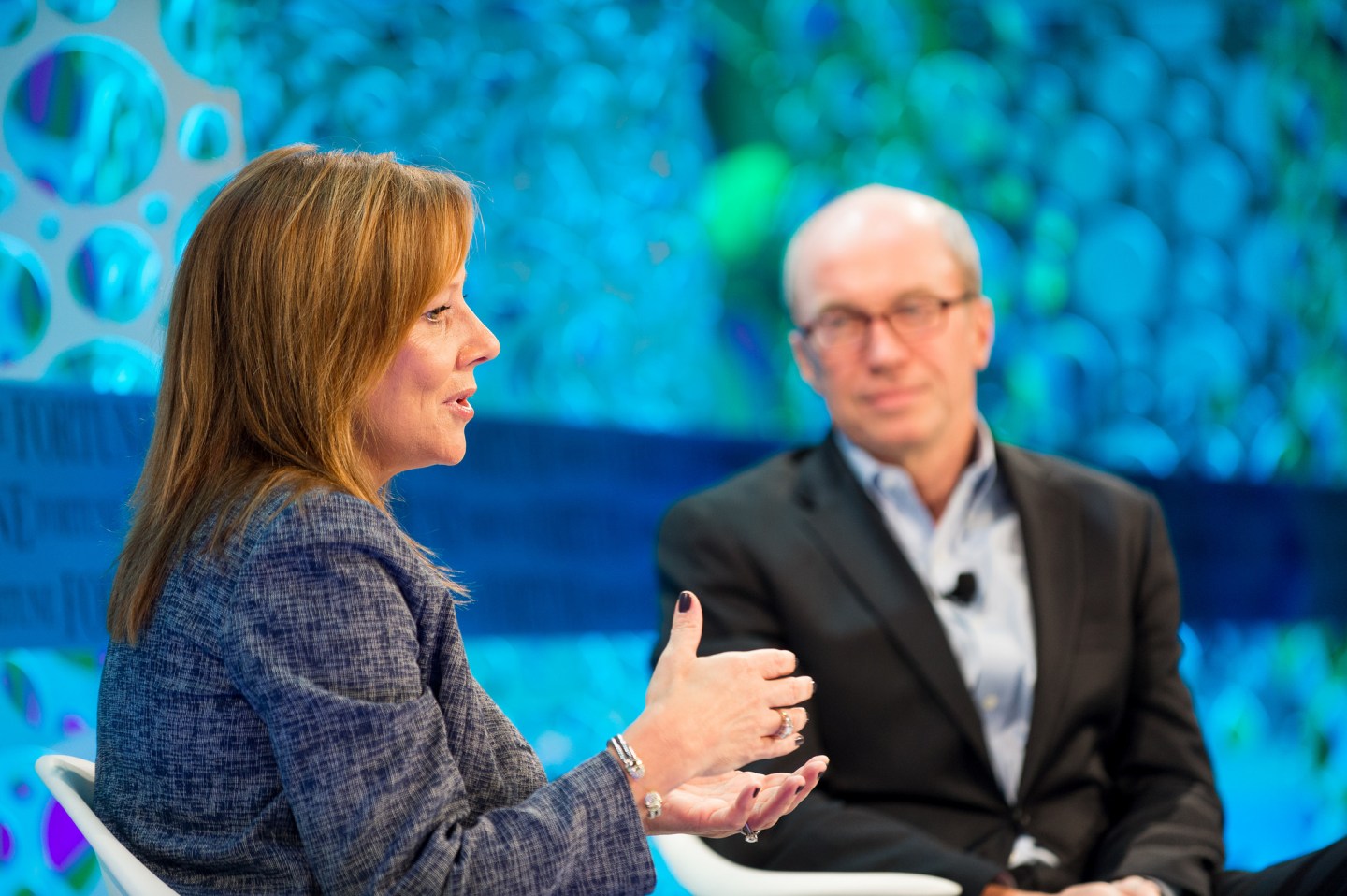 General Motors CEO Mary Barra is on a mission to break down barriers at the automaker.

Speaking at Fortune’s Most Powerful Women Summit in Laguna Niguel, Calif., Wednesday, the GM CEO looked back at her tumultuous first year in her role, and looked forward to the things GM has in the pipeline.

She also described how she wants to reform the corporate structure of the massive automaker by breaking down silos. Talking about the recall crisis that led to more than 20 deaths and has resulted in Barra appearing before Congress multiple times, she said that the most important thing she’s done is begin to eradicate barriers at the company.

Barra said this endeavor is especially important because of the fact that, unlike so many other big companies, GM (GM) only does one thing: manufacture cars, trucks and crossovers. Unlike at a company that does a lot of different things, there is no reason for all parts of GM not to work more closely, given that everyone is working on similar products.

After discussing the automaker’s recent recall crisis, interviewer and Fortune Managing Editor Alan Murray moved on to what Barra sees as exciting at GM in the future. At the top of her list? Self-driving cars, and greater connectivity.
[fortune-brightcove videoid=3828227257001]

“We’re the first OEM that has 4G LTE,” she said. “And we’re rolling it out quickly.”

Barra specifically touted an upcoming Cadillac model that will have vehicle-to-vehicle communication — which would let cars talk to each other and avoid collisions — and the new Super Cruise, letting drivers take their hands off the wheel without drifting and crashing.

One interesting question that came from the audience asked Barra to talk about the competitors GM is facing. Not only does GM have to worry about its rivals from Detroit and overseas, she said, it also must be wary of new companies from Silicon Valley, such as Tesla (TSLA) and Google (GOOG). Barra was frank, saying that just because GM has made cars for the past 100 years it doesn’t mean people will still want their products tomorrow.