Samsung prepares to wage war over the enterprise 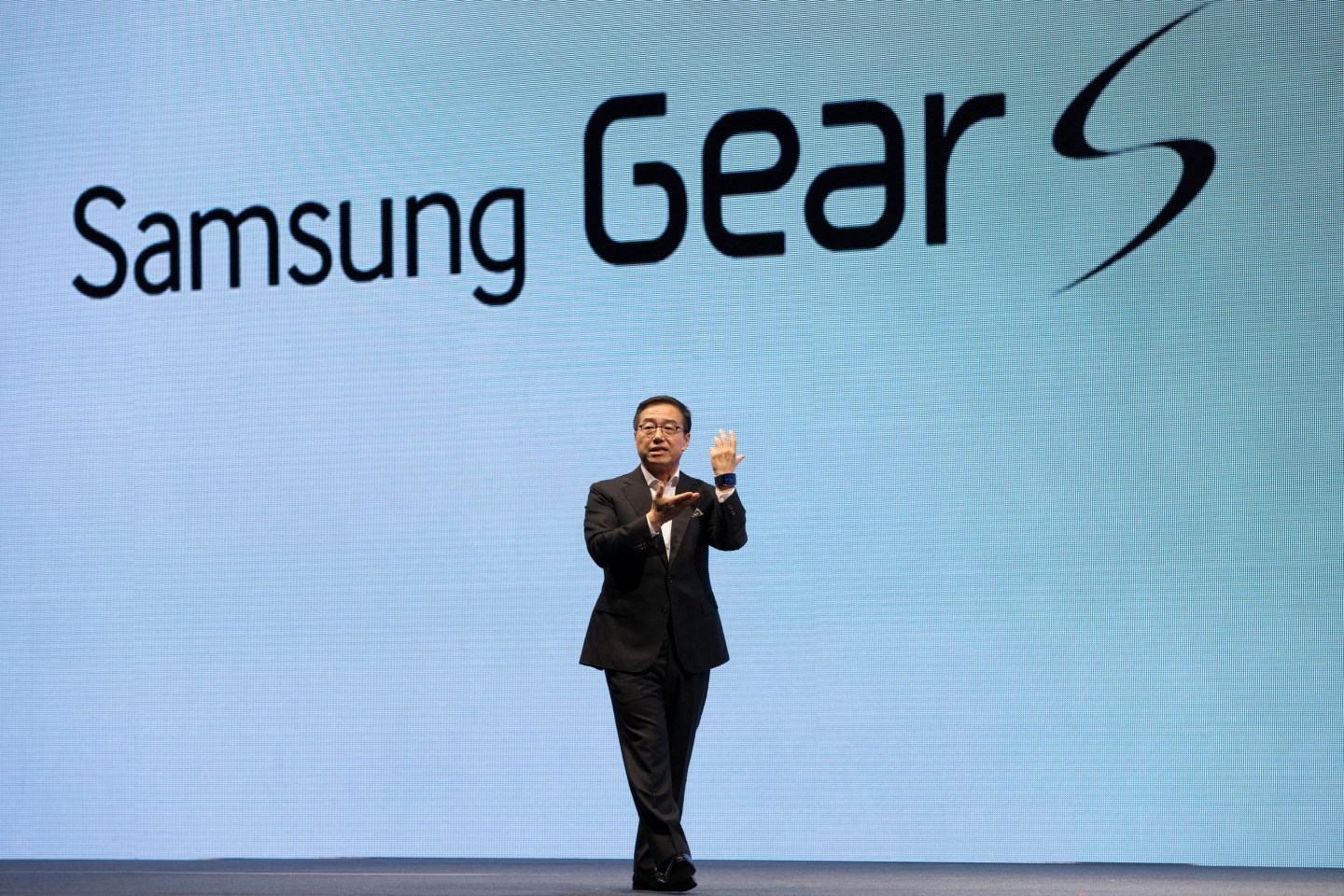 It has been a rough week for Samsung. The South Korean electronics giant, known for its televisions and tablet computers, acknowledged Monday that it expects its quarterly profits to be its lowest in three years. The world’s leading smartphone maker finds itself increasingly weighed down by a dual-front war in which its lucrative phones are losing ground to Apple’s iPhone at the high end of the market and an array of Chinese models at the low end.

“Clowns to the left of me, jokers to the right,” the company seems to be singing to its flagship Galaxy S5 phone. “Here I am, stuck in the middle with you.”

A Reuters report is more damning: “Many analysts and investors believe the best days are behind Samsung’s mobile division as it will need to sacrifice margins to keep cheaper Chinese handsets grabbing more of its turf, even though new products like the Galaxy Note 4 will help nudge profits higher in the current quarter.”

As that war wages on, Samsung seeks to start another as it looks to new revenue streams for growth—namely, by serving large businesses. On Tuesday, the company’s mobile division introduced a portfolio of business services that it believes will help it appeal to Fortune 1000 companies across the globe. The package, called Samsung 360 Services for Business, includes software, services, and technical support. It’s intended to be a one-stop shop for businesses that seek to manage mobile devices in the workplace.

For Samsung, which has long had enterprise-focused services but lacked a cohesive strategy, the effort is significant. In January, it hired Robin Bienfait, the former chief information officer of BlackBerry, to lead a newly formed team. “Samsung has been in the enterprise business for well over 15 years,” she told me. “In the past four-plus years, mobility as part of their portfolio has really gotten bigger and bigger. They’ve got a lot of partners and capability, but they really wanted a closer relationship with the enterprise customer.”

Most businesses are at an “inflection point of transformation,” Bienfait said. They know they need technology to move into the future; they just don’t know where to begin or how to manage it.

For a long time, BlackBerry (BBRY)—the former Research In Motion—and its ultra-secure services were the answer to this. But the company’s own mismanagement left it unable to capitalize on the trend. Samsung was one of the early winners in the rise of the modern smartphone; now that its devices are ubiquitous at home and in the office, it hopes to develop a more formal relationship with large organizations.

Of course, so do other companies. IBM’s (IBM) announcement of a partnership with Apple (AAPL)—for many industry veterans, hell frozen over—in July signaled Cupertino’s interest in fostering a similar relationship (despite a lack of enterprise experience) and Armonk’s affirmation that it’s not in the business of making consumer hardware. BlackBerry CEO John Chen has since acknowledged that his now-small company was in search of partnerships for the same purpose. Microsoft (MSFT) CEO Satya Nadella has been unequivocal in his embrace of the same target customer. On a quarterly earnings call in January, Google (GOOG) CFO Patrick Pichette called its Enterprise group a strategic growth opportunity.

In other words, the war has only just begun.

Samsung will launch its 360 Services in “early 2015,” starting in the U.S. It plans to expand to Europe and Asia in short order. Until then, it will be engaged in a pilot program with financial services, health care, and government organizations that will last through the end of the year. Bienfait said the company comes to the negotiating table with three assets: first, the Samsung brand reputation; second, a cross-platform approach; and third, a promise to be entirely turnkey—no extra contracts necessary.

“We don’t want to do all this ourselves,” Bienfait said, “but we want to be the hand to shake.”