USDA shells out for local, organic 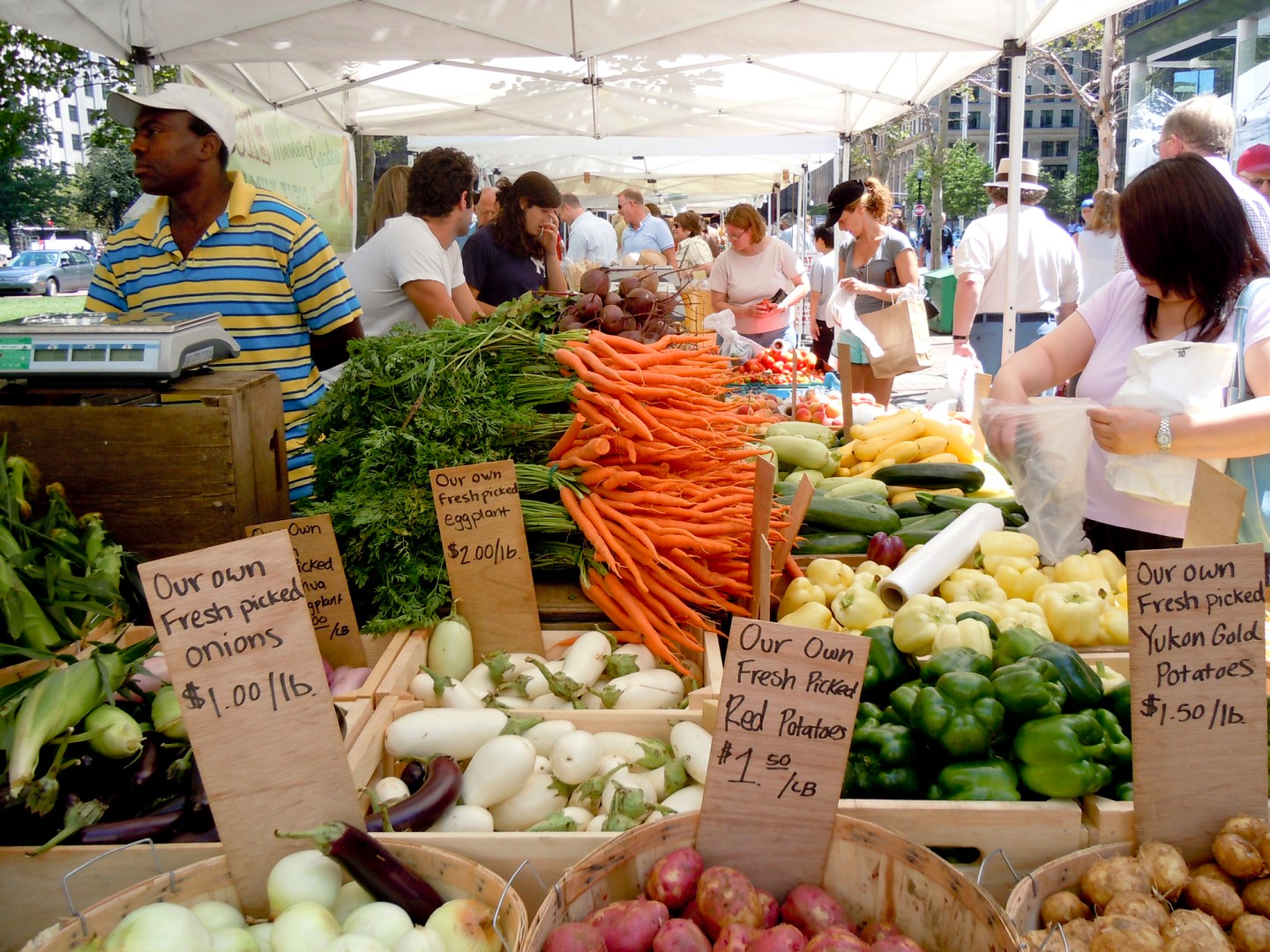 The USDA on Monday announced $52 million in grants to support local and organic agriculture. By and large, critics of the dominant industrial food system seem happy that “sustainable” agriculture is getting any boost at all from the federal government, but the amounts of the planned outlays are nevertheless paltry compare to the massive subsidies that are still going to big ag.

Demand for organic and locally grown foods is rising at a fast clip, but those products—which represent about $35 billion in annual sales—still represent a puny portion of the overall food industry. The main problem is distribution. The food system is set up for gigantic scale — for moving products over long distances from giant farms to giant distribution centers to often-giant supermarkets and big-box stores like Wal-Mart (WMT). Local and organic foods rely heavily on farmers markets and, to a lesser degree, on local food hubs.

The 2014 Farm Bill calls for $291 million to support organic agriculture over five years, triple the amount of the last farm bill in 2008. The $52 million announced Monday is meant to help local food systems better market themselves and for research on organic-farming methods.

“Local and regional food systems are one of the pillars of our efforts to revitalize rural economies,” said Agriculture Secretary Tom Vilsack in announcing the spending in Virginia during an appearance with Gov. Terry McAuliffe. “Consumers are increasingly demanding more local and organic options. Investing in local and regional food systems supports the livelihoods of farmers and ranchers, especially smaller operations, while strengthening economies in communities across the country. Today’s announcements also improve access to fresh, healthy food for millions of Americans.”

The number of farmers markets around the country has skyrocketed in recent years. There are now nearly 8.300 of them, up about 76% from 2008, according to the USDA. What’s more, they’re increasingly popular in suburban and exurban areas, an indication that it’s no longer only urban “foodies” who are interested in local and organic foods.

So far, reaction to the USDA’s announcement from the “good food” movement has been generally positive—possibly because they view as rare any indication of USDA support for smaller, more-sustainable agricultural systems. Even the Cornucopia Institute, which has been scathing in its criticisms of the USDA, seems mostly happy. “It’s a really nice bump for us because we’ve been getting chump change for research,” Mark Kastel, a co-founder of that organization, told The New York Times.

In an email interview with Fortune, Kastel added that he’d like to see a lot more. “We should be getting at least a commensurate level of research investment in helping organic farmers meet growing demand,” he said. And “although we have seen more support for organics, and the good food movement in general, from this administration there has been accelerated backing for industrial agriculture and, specifically, genetic engineering.”

Reaction on Twitter has been mostly positive as well. “Some good news out of @USDA for a change,” tweeted Kari Hamerschlag, senior program manager of Friends of the Earth.

To put the numbers in perspective, consider that the 2014 Farm Bill calls for $134 billion in subsidies over the next decade, the vast majority going to growers of “industrial” grain crops like corn, soybeans, and wheat. The Farm Bill still refers to produce—fruits and vegetables—as “specialty crops.”