Silicon Valley’s secret deal whisperer steps out of the shadows 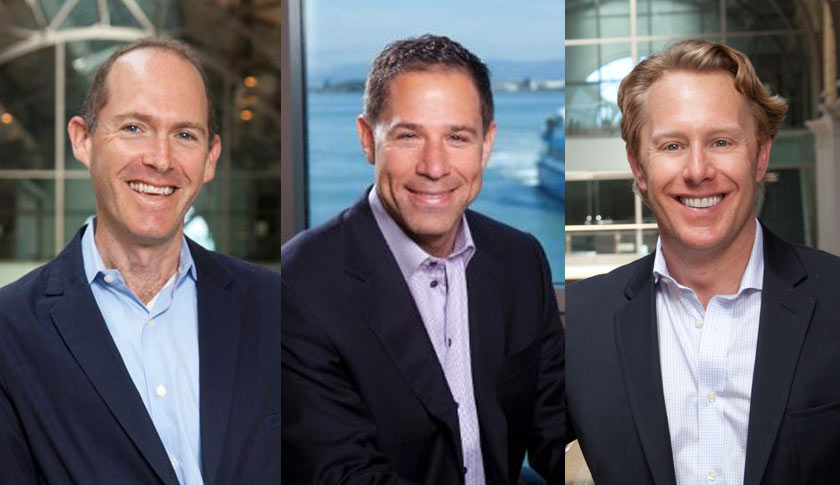 For the past few years, if you worked at a private Silicon Valley tech company and had some stock to sell, there was one man you could call: Barrett Cohn.

Having worked for Lehman Brothers in San Francisco, securing big investors for the firm’s portfolios, Cohn had a Rolodex rare for the Bay Area. He had plenty of friends at both the local venture-backed companies as well as at major financial institutions across the country. Wall Street, though increasingly interested in investing in non-public tech startups, has struggled to get into the inner circles of Valley fundraising. Meanwhile, tech entrepreneurs and their venture capital backers know few people in traditional finance.

“It became clear to me that there was no intermediary between these very large pools of capital and the pre-IPO tech companies they were very eager to invest in,” Cohn told Fortune.

Cohn quickly learned he could bridge that divide. Out of a job after Lehman collapsed in 2008, he took freelance opportunities that came his way: Friends who worked at Silicon Valley startups—such as one of Facebook’s first interns—began approaching him, wondering if he could help them find a buyer for their private shares.

And Cohn continued to field calls and handle those requests, even as he went on to serve as the entrepreneur in residence at Maveron, Starbucks (SBUX) CEO Howard Schultz’s venture capital firm.

Before he knew it, Cohn had become known as the best dealer in town. And just under a year ago, Cohn decided to make his “side business” a full-time job, teaming up with former BlackRock (BLK) managing director Michael Sobel to form the Silicon Valley dealmaking boutique now known as Battery East. Since then, the duo has helped facilitate more than $300 million in transactions, including sales of pre-IPO Twitter (TWTR) and Flipboard stock.

Now, startups are also hiring Battery East to help them raise money in their late-stage primary funding rounds, when entrepreneurs would have otherwise had to pound the pavement and work their networks to meet heavyweight investors. As Cohn puts it, “Instead of them getting a dentist in Boca on their cap table, we bring them a very large investor, or a group of large investors.”

IEX, for example, the upstart stock trading platform made famous in Michael Lewis’s book “Flash Boys” for its mission to eliminate the edge gained by high-frequency traders, recently came to Battery East to help it raise $50 million. Cohn and Sobel made a few introductions and soon, IEX had more than it had even asked for. It closed the round in early September with $75 million from institutional investors like Franklin Resources (BEN) and Bain Capital Ventures as well as individuals including Wynn Resorts (WYNN) founder Steve Wynn.

Indeed, Battery East’s greatest asset may be its ability to bring big-name investors to the table, and mainstream money managers seem to trust Battery East more than the myriad no-name brokers who constantly blast their inboxes peddling private shares. (When I wrote another article about mutual funds buying startup shares recently, Cohn’s was the only name that came up repeatedly when I asked for broker referrals.) Fidelity’s head of global equity capital markets, Andy Boyd, for one, told me that he opens those emails if only to monitor the market price of shares they already own—so Fidelity can mark them up or down in its portfolios accordingly. “If you’re just buying shares from a person on the street, it’s buyer beware,” Boyd says.

Ad tech company Turn, for example, originally worked with Battery East when one of its founders wanted to cash in some equity. And while it was planning to raise its Series E round on its own—going door to door, so to speak, with venture capitalists—it found that it had outgrown many of its older investors, who were more interested in early-stage companies that had yet to have a growth spurt. Enter Battery East, which within a couple of weeks brought in BlackRock and other large institutions, and Turn’s Series E quickly grew from $50 million to $80 million, at which point they turned away investors. “They had the connections to make it happen,” says Turn CEO Bill Demas.

Sure, entrepreneurs don’t necessarily need to hire a firm like Battery East to sell their shares or to raise capital for their company. Startup employees get tons of emails daily from vulture-like investors offering to invest in the company or to buy their private shares. One broker-dealer, SharesPost, which built its reputation as a marketplace for trading Facebook (FB)and LinkedIn (LNKD) shares before the companies went public, still connects sellers of private shares with potential buyers—but it provides no advice about how to price the shares. Some private tech companies also host “liquidity programs” for their employees, in which those with vested stock can choose to sell a stake—but the buyer and the share price is determined solely by their employer.

“The market has really been filled with opacity. The sellers, these employees, have a great opportunity to get screwed,” says Cohn, who says that Battery East requires that share prices be determined by the market in a bidding process in order to get the best deal for the seller. Too often, he says, startup employees just take the price that’s offered to them (like selling your house before putting it on the market, he says). On several occasions, he has even seen experienced entrepreneurs at venture-backed companies sell stock at half its market value.

For its part, Battery East turned down any venture capital funding of its own (though it received offers), and has decided against managing a fund, despite its access to private investments. “Being conflict-free is not having to explain to any buyer or seller that if we have a financial interest in it, how that might affect them,” Cohn says.