Should you buy stock in private companies? 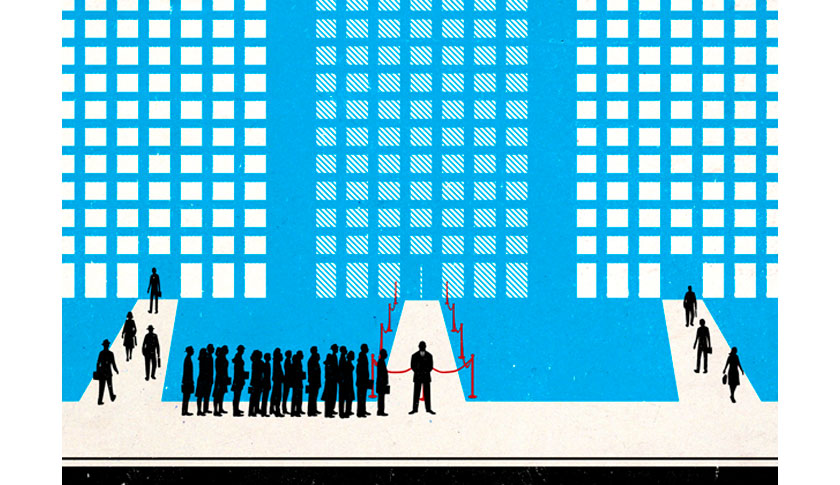 Nelson Griggs used to have a relatively straightforward job. As a senior executive for Nasdaq OMX, Griggs’s primary task was to persuade companies that were planning to go public to choose his company over its archrival, the New York Stock Exchange. But regulatory changes in recent years have added to the aggravation of being public while making it easier for businesses to stay private and still raise capital. As a result, companies have been waiting longer and longer to have an IPO. So Nasdaq met them in the middle: In March it launched Nasdaq Private Market, a new exchange for companies not traded publicly to offer their stock to investors. Suddenly Nasdaq isn’t courting just firms on IPO road shows, but also Silicon Valley startups and even the most closely held, mature private businesses across the country. “Are the lines blurred between public and private? Yeah, they are,” says Griggs. “Our view is that this is the future.”

“We’re seeing more and more opportunities in private companies than we ever have.”
—Andy Boyd, head of global equity capital markets for Fidelity.

In fact, trading in private shares is already one of the hottest trends in investing. NYPPEX, a private equity adviser and research firm, estimates that there will be $17.7 billion in secondary sales of private-company securities this year, up 43% from the $12.4 billion in sales last year and 5,800% from the $300 million in 2002. Where private, unregistered shares were once largely the domain of venture capitalists and private equity firms, they are increasingly attracting traditional money managers—and even individuals. The five mutual fund companies most active in the private market—Fidelity, T. Rowe Price, BlackRock, Janus, and Wellington Management—have in the first half of this year already participated in 24 private-company deals (including Uber, Airbnb, and Dropbox), more than the 18 they did in all of 2013, according to CB Insights. Mutual funds are even getting into primary funding rounds to capture more of companies’ early growth. “We’re seeing more and more opportunities in private companies than we ever have,” says Andy Boyd, head of global equity capital markets for Fidelity.

The vogue for owning shares of private companies can be traced to the mania around Facebook. Demand for its shares in the run-up to its 2012 IPO gave rise to frenetic trading on the secondary market—on online exchanges such as SecondMarket and SharesPost, where vested employees and original shareholders sold stock in order to cash in a portion of their stakes. Many had assumed that such trading would wane after Facebook went public, but the opposite has proved true. The practice got another boost from the Jumpstart Our Business Startups (or JOBS) Act of 2012, which allowed companies to take on as many as 2,000 shareholders before registering, up from 500. As the business has grown, the transactions have become more formal, resembling mini-IPOs: SecondMarket as well as Nasdaq Private Market, a joint venture with SharesPost, now specialize in secondary transactions in which the private companies themselves organize sales, or “liquidity programs,” between existing shareholders and select investors.

PARTIAL TO PRIVATES
The market for nonpublic shares is growing as companies wait longer to have IPOs.
Graphic Source: NYPPEX

One mutual fund manager who has embraced private shares is Henry Ellenbogen of the $16 billion T. Rowe Price New Horizons Fund, which has long specialized in early-stage growth companies. “It really doesn’t matter if our investments in those companies happen to be public or private,” he says. Since joining the fund in 2009, Ellenbogen has invested in about five to seven private companies each year. Those investments, which currently make up 3.6% of his portfolio—plus some, like Zulily, that are top holdings since going public—have helped the fund post the best five-year performance among small-cap growth funds, returning nearly 23% a year on average. Although securities law and the fund’s charter permit Ellenbogen to invest as much as 15% of assets in illiquid stock, “we don’t want to get anywhere near that,” he says. If a market correction came around and wiped out his public holdings, the private investments would suddenly account for a much larger chunk of the fund. And his ability to sell private shares to raise cash would be constrained. “When private markets are hot, like they are now, there is an illusion of liquidity in the private market, but it’s something we would say is a limited phenomenon,” says Ellenbogen.

Indeed, private shares come with some giant asterisks: They are restricted securities by definition, meaning they are bound by all sorts of limits governing when they can be sold and to whom, and they’re considered completely illiquid. Then there’s the inherent risk of fledgling companies. Like baby sea turtles to the ocean, many venture-backed tech startups will never make it to the public markets or reward their investors at all.

“Private investments—that’s a roach motel. Dollars go in, and they never come out.”
—Kevin Landis, manager of the Firsthand Technology Value Fund.

Kevin Landis has learned that lesson the hard way. The manager of the Firsthand Technology Value Fund was a star of the late-’90s tech boom. In 1999 he had the best five-year record among all mutual funds. But when the bubble burst, his returns tanked. Landis soured on publicly traded stocks. (“Probably the last great one for us was Netflix,” he says.) He saw much more growth potential in private shares. In 2011 he converted his portfolio to a closed-end fund so he could invest more in private companies without compromising his shareholders’ liquidity, and he managed to scoop up 600,000 Facebook shares on SecondMarket for an average cost of $31.50 apiece. He expected the company’s record IPO in 2012 to be a major win for his fund. But because of lockup restrictions, Landis couldn’t sell any Facebook shares for six months, during which time the stock slid from its opening price of $42 down to $19. It was trading in the low 20s when the lockup finally lifted. “Imagine the emotional roller coaster of that,” says Landis. He has held on to the Facebook shares, which recently traded at $73. But that’s “not a put-me-in-the-hall-of-fame type of thing,” he grouses.

In the three years through July, Landis’s fund has returned about 11% annualized, compared with 17% for the S&P 500; since Facebook’s IPO, it has dropped more than 20%. It hasn’t helped that portions of the fund have been frozen in illiquidity longer than Landis expected: He owns Gilt Groupe, which has been rumored to be going public for several years yet remains private. Now Landis has once again come to appreciate the “beauty” of public companies. “You can change your mind!” he says. “Private investments—that’s a roach motel. Dollars go in, and they never come out.”

For stock pickers, private companies take a great deal more work to research—and, often, to woo. Hot tech companies like Uber and Dropbox generally won’t accept individual investors after early funding rounds, no matter how wealthy they are. (Under current law, investors can buy private securities as long as they are accredited—meaning they have a net worth of at least $1 million or have had an annual income of $200,000 for the past two years. An expected second round of JOBS Act regulations would extend the right to invest in private companies to the average person.) Even Fidelity and T. Rowe Price report that startups have occasionally declined their offers to invest.

Once you’re in, the investment process is surprisingly low-tech and old-fashioned. There are nondisclosure agreements to sign. The company’s financial documents often can’t be downloaded or even printed; sometimes they may be viewed only in paper form, at the company’s office. And prices aren’t driven by markets: Companies set the price of the shares they sell on NPM and SecondMarket and select the buyers, so there are no bidding wars. “It’s a lot more like a real estate transaction than a stock trade,” says Griggs. Plus, unlike public companies, private companies don’t owe their shareholders regular financial updates and disclosures. So savvy investors take pains to secure additional contractual rights. Even with Fidelity’s 300-plus equity analysts and investors at his back, Boyd says he negotiates for all sorts of protections in Fidelity’s contracts with private companies—including preferred stock and frequent audited financial disclosure. “Remember, these are private companies that are keeping information private, and we don’t want to be surprised and find out that, oh, something blew up a month ago,” he says. Add it all up, and experts advise against individuals buying into private shares. Even SecondMarket, one of the biggest proponents of liquidity in private securities, doesn’t think the average non-accredited investor belongs in that market.

The safest way for retail investors to participate is through mutual funds that allocate a small portion of their assets to private companies. Ellenbogen closed his T. Rowe New Horizons Fund to new investors in December in part because he was concerned about high valuations in both public and private stocks. But there are other top-performing funds that offer exposure to private shares. The Fidelity New Millennium Fund, for example, has invested about 1% of its assets in a handful of private companies. And the USAA Science and Technology Fund owns pre-IPO names such as Pure Storage and Cloudera.

When might we expect a more open market in private securities? Nasdaq’s Griggs says that day is still “way, way far away.” Until then, the simplicity of public markets is hard to beat.