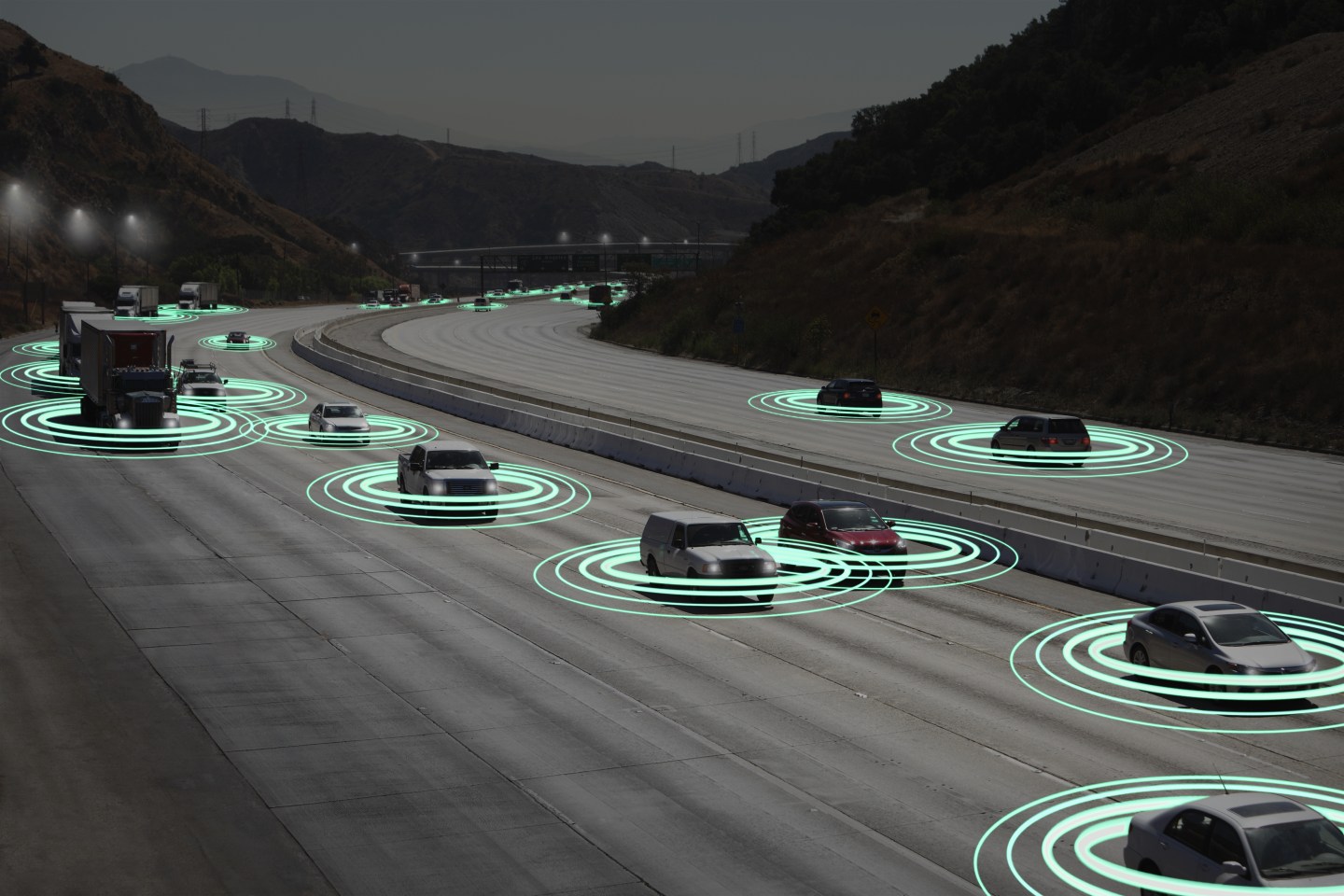 General Motors Corp (GM) will introduce in two years its first car that can communicate with other vehicles to help avoid accidents and ease traffic congestion, Chief Executive Mary Barra said on Sunday.

In the same timeframe, GM also will introduce more advanced technology allowing hands-free driving in some cases, she said.

“I’m convinced customers will embrace (vehicle-to-vehicle) and automated driving technologies for one simple reason: they are the answer to everyday problems that people want solved,” she said in a speech in Detroit.

Auto companies, academics and government agencies globally are working to develop cameras, sensors, radar and other technologies that allow vehicles and surrounding infrastructure like stoplights to alert each other about nearby driving conditions.

The industry is rolling out such features as adaptive cruise control, crash-imminent braking and semi-automated, hands-free driving like GM’s ‘Super Cruise’ feature to make roads safer.

However, GM and other automakers have emphasized that even with hands-free driving, drivers will be responsible and need to maintain attention on the road. Meanwhile, internet search company Google Inc (GOOG) is working to develop fully autonomous vehicles.

The Department of Transportation has made developing connected car technologies a high priority, as have Japan and Europe. Barra said when cars can also talk to surrounding infrastructure, the gains will be exponential.

However, she said commercializing a fully automated vehicle may take until the next decade.


In 2016, GM will sell a 2017 model Cadillac CTS sedan standardly equipped with vehicle-to-vehicle technology. However, the car can only communicate with similarly equipped vehicles and it will take time for the industry to introduce the technology broadly, GM officials said before Barra’s speech.

They added that U.S. regulators still need to finalize requirements for these technologies and cyber security protections need to be developed.

Also in 2016, GM will roll out Super Cruise as an option allowing hands-free highway driving at both highway and stop-and-go speeds, as well as lane following, speed control and braking in a new, unidentified 2017 Cadillac model in a segment where the company does not currently compete.

GM did not disclose either feature’s cost, or any timeframe for offering them on the No. 1 U.S. automaker’s other brands.

GM will introduce the connected CTS sedan and the unnamed Cadillac with the Super Cruise feature in the United States.

In 1956, GM showed the Pontiac Firebird II concept that included a system to work with an electrical wire embedded in the highway to guide the car. Three years later, the rocket-like Cadillac Cyclone concept boasted an autopilot system that steered the car, and radar in front nose cones that warned of a collision and automatically applied the brakes.

Barra said the U.S. Congress can help develop vehicle-to-infrastructure communication with funding in the next federal transportation bill.

She also said GM is joining the University of Michigan and the state of Michigan to develop vehicle-to-infrastructure driving corridors on 120 miles of metro Detroit roadways. State officials said Ford Motor Co (F) is also part of the effort.