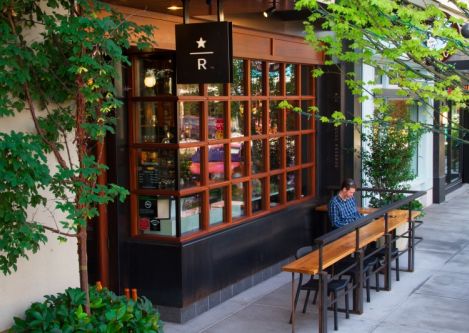 Starbucks is experimenting with some new retail formats, including smaller locations, as the coffee giant tinkers with how it can best expand its retail business.

One of those new store options involves a tasting room dedicated to roasting, coffee education and increased availability of the company’s small-batch coffees. Starbucks is planning to open its first-ever tasting room in December, after more than two years of developing that concept. That concept will be a 15,000 square-foot interactive retail store.

Starbucks also says it plans to expand its “Reserve” coffee options–which are some of the rarer coffees it often sells for a limited time–to 1,500 locations globally, as well as open at least 100 stores in the next five years designed to sell those rare coffees exclusively.

The move comes as retailers, including many that sell food and beverages, struggle with troublesome declines in store traffic and same-store sales as consumer spending habits shift rapidly. Starbucks (SBUX) has largely bucked that downward trend–comparable-store sales leapt 6% globally in the latest quarter, the 18th consecutive quarter growth has exceeded 5%. In the U.S., comparable-store sales were up 7%.

Meanwhile, Starbucks is also investing in smaller store footprints that address what it calls the “increase in urbanization and decentralization of retail.” Starbucks claims drive-thru stores have higher average sales than locations that don’t have that option, and currently account for more than 40% of U.S. company-operated locations. The “express” stores that Starbucks is looking to expand will sell a concentrated set of beverages and foods, as well as aim to integrate mobile payments to speed up service.

A number of large retailers, including Wal-Mart (WMT) and Best Buy (BBY), have opened smaller stores in recent years–moving to either operate more locations in urban areas or address changes in the way customers shop. Starbucks obviously doesn’t operate stores nearly as large as those retail peers, but it is notable the company is thinking about how it can bolster sales at stores that are meant to serve customers at a faster pace.