The ‘invisible hand’ has an iron grip on America 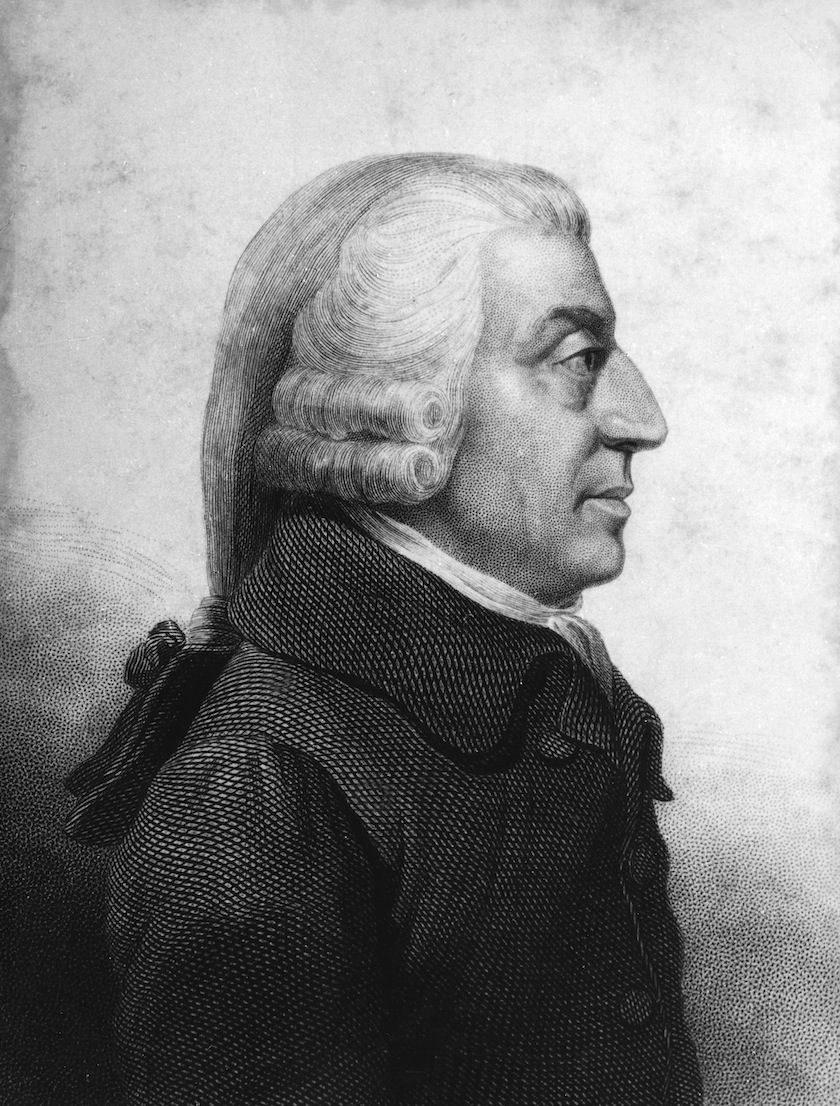 There are few metaphors that have captured the American economic psyche as powerfully as the “invisible hand” of the market. The term, first coined by Adam Smith in 1759, is used to describe how the self-interested behavior of people in a marketplace leads to the greater good for all. No need to rely on concerted efforts of government or the church to direct commercial activity. If the proper economic and legal institutions are set up, we can all be made better if simply left to our own devices.

Before Smith coined the phrase “invisible hand,” the discipline of economics didn’t even exist, which is likely why he is so revered by economists today. But while economists respect Smith for inventing the field, they are much less uniformly fond of the “invisible hand” and its sway over public discourse and policy. As Nobel prize-winning economist Joseph Stiglitz put it:

Adam Smith, the father of modern economics, is often cited as arguing for the “invisible hand” and free markets. But unlike his followers, Adam Smith was aware of some of the limitations of free markets, and research since then has further clarified why free markets, by themselves, often do not lead to what is best…. [T]he reason that the invisible hand often seems invisible is that it is often not there.

In other words, markets are pretty good at allocating resources where they are most needed, but there are so many exceptions to this rule that these exceptions deserve as much attention as the rule itself. Jeff Madrick, a fellow at the Century Foundation, is the latest economics commentator to take aim at the invisible hand in a forthcoming book, naming it one of his “seven bad ideas” of mainstream economics that “have damaged America and the world.”

Madrick argues that Smith had it backwards when he argued that the absence of government involvement in the economy—beyond enforcing property law—enabled the explosion of wealth in 18th century England. It was the confluence of factors like population growth and technological progress that unlocked society’s potential for economic growth, which then created a virtuous circle that led to greater technological progress and population expansion, which led to even more opportunities for growth.

Indeed, there’s plenty of evidence that the invisible hand simply doesn’t exist. Take, for instance, two of the most important markets Americans participate in: healthcare and education. When shopping for either of these services, it’s very difficult for a shopper to actually know the quality or effectiveness of the product he is buying. For the “invisible hand” to work, customers have to actually know what they need so that they can signal to producers to create it. But customers are so afraid of not having enough education or healthcare that there is really no impetus for them to walk away from a potential transaction. The result? Producers create and charge more and more while society is no better off for it.

Despite the evidence, though, the concept has a powerful hold on Americans. Politicians consistently refer to it in speeches—a line in Mitt Romney’s 2012 presidential stump speech went, “The invisible hand of the market always moves faster and better than the heavy hand of government.” And it makes sense why the idea appeals to so many people. For those who are already wealthy, they have little to gain from economic interference. Others are reassured that by simply looking out for themselves they can work towards the greater good. If the invisible hand reflects reality, we have no moral obligation to look beyond our own interests. How convenient.

But Adam Smith’s vision of the invisible hand also has a cultural appeal to Americans. America was founded as a place of (relatively) small and restrained government, and the founders were enamored with thinkers who showed that societies could prosper with this form of governance. As Madrick points out, Thomas Jefferson cited Smith’s The Wealth of Nations as evidence that a robust economy could result from the strength of individual decisions rather than government policies, and fellow founders John Adams, Alexander Hamilton, James Madison, and George Washington were fans too. But American affinity for the invisible hand goes far beyond our founding fathers or even economics. University of Virginia literary critic Paul Cantor recently published an examination of the invisible hand, and he found the idea of what he calls “spontaneous order” throughout American culture. He writes:

The heroes of American culture often do not seem to be orderly in any conventional sense. They are more inclined to break rules than to obey them. They are frequently mavericks, creative individuals who go against the crowd and chart their own course … because old orders have a tendency to rigidify and block progress, people who make up the rules as they go along tend to be valuable to society.

There is a tendency in America to revere the maverick and to see top-down control as an obstacle to progress. Indeed, there’s something to be gained from this inclination. When Smith was writing about the invisible hand, he highlighted the benefits of spreading power across many people in a society. When government becomes too powerful, it can thwart these advantages. This was true in the 18th century, when Smith was writing about the invisible hand, and it is still the case today. But Madrick persuasively points out that Smith’s metaphor has been hijacked by those who wish to see no government regulation whatsoever. After all, the government regulation we see today is the product of a democratic process, and it incorporates a sort of diffusion of power that would have been inconceivable to Smith in his day.

Just because we’ve long since accepted Adam Smith’s premise that an even distribution of economic rights and political power is a good thing doesn’t make it a “bad idea.” But it does mean that we should probably move on to toppling other obstacles to economic progress.