The midsize pickup attempts a comeback 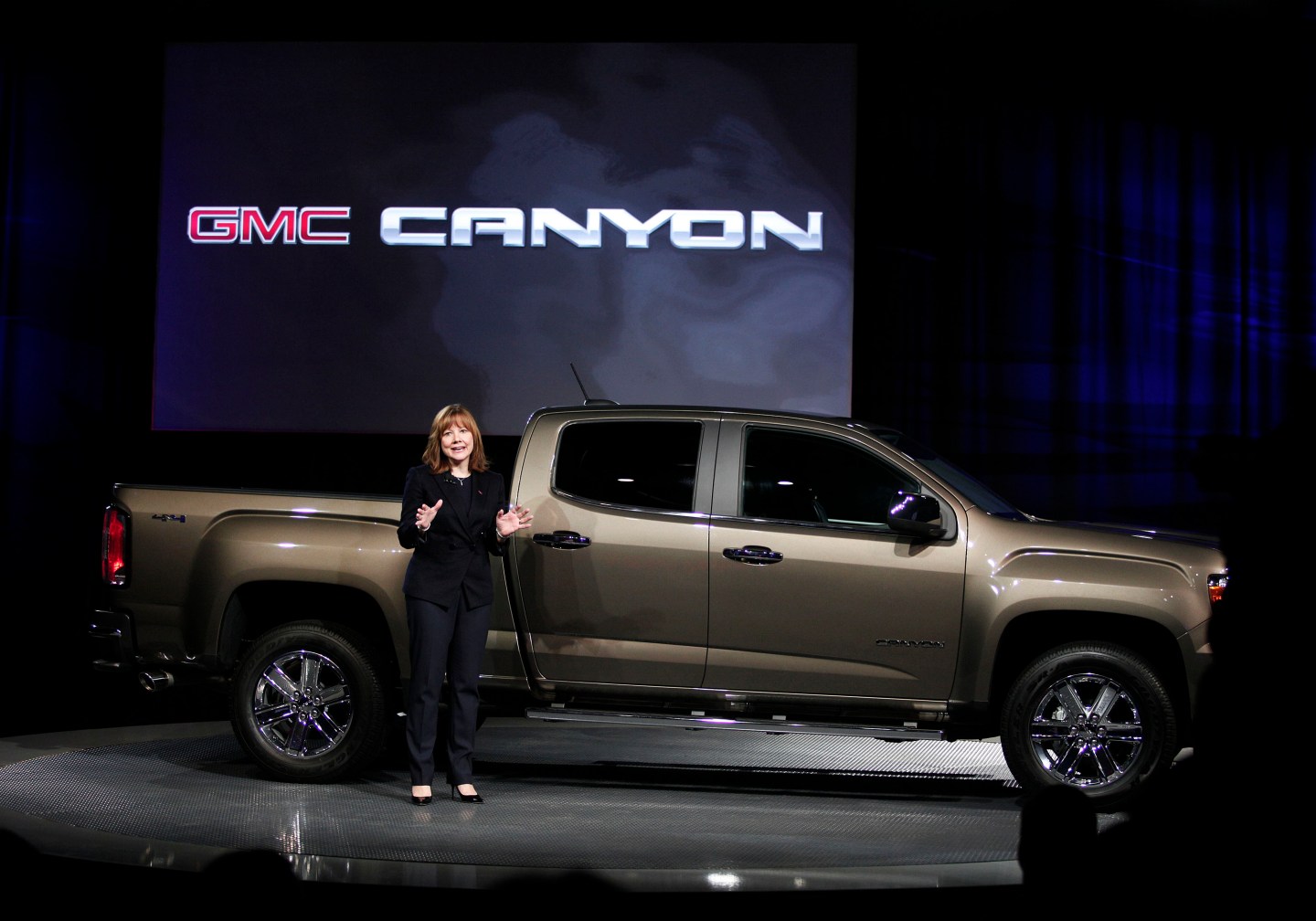 Competition to sell pickup trucks by Detroit’s automakers will heat up later this year with the arrival of General Motors’ (GM) new midsize entries, the Chevrolet Colorado and GMC Canyon.

Last week GM priced its base Colorado (equipped with manual transmission) at just under $21,000, potentially positioning it as an economical alternative for pickup shoppers who don’t wish to spend $25,000 to $26,000 for a fullsize pickup like the Chevrolet Silverado.

GM, Ford Motor Co. (F) and Chrysler exited the midsize segment about a few years back due to the segment’s diminishing size, allowing Toyota Tacoma and Nissan Frontier to divide the remaining sales. But with an overall upswing in the U.S. automotive market – and because pickups are Detroit’s most profitable vehicles – GM decided to revive its midsize models.

Jessica Caldwell, a senior analyst for Edmunds.com told the Automotive News: “We’ve seen truck prices rise so much in recent years, it does leave a void in the market for smaller trucks with decent content and amenities.”

Through the 1990s, the growth of compact and midsize pickup sales was impressive, the total reaching more than a million vehicles by 2000. The vehicles were popular because they represented inexpensive transportation, especially for younger buyers.

But overproduction of fullsize pickup models drove down their prices, making the larger vehicles more affordable. Shoppers who might have chosen the smaller models were able to buy a big pickup for not too much more money. As sales of midsize trucks withered, Ford dropped its Ranger midsize and Chrysler its Dodge Dakota; neither automaker has said whether it will revive those models.

Ford is grabbing much of the attention among pickup buyers this year with the arrival of its new aluminum-body F Series fullsize models. The aluminum F Series will offer superior fuel efficiency due to significant weight savings from the lighter metal. The new midsize models could give GM an edge for price-sensitive buyers who are less reliant on the capabilities of a fullsize.

Michelle Krebs, a senior analyst for Autotrader.com, said “it would seem like GM could be successful with its new trucks, which are far better (in terms of features and engineering) than the long-ones.” The Colorado and Canyon, she said, “have the potential to attract the lifestyle buyer – the buyer who wants to transport toys like snowmobiles, four-wheelers, bikes and canoes. How big that market is remains the question.”

None of the major automotive forecasting companies think GM will sell more than 100,000 of the two models combined. That compares with more than 600,000 of the fullsize pickups last year.

One of the biggest risks for GM is that sales of Colorado and Canyon will be too good, cannibalizing from its Silverado and GMC Sierra – the crown jewels, from a profit standpoint, of the automaker’s business. The marketers and pricing specialists will be working overtime to ensure it doesn’t happen.

Ford and Chrysler analysts will be monitoring midsize pickup sales and transaction prices closely. If the new Colorado and Canyon perform well, more competition could be on the way.