R.I.P., department stores? Not yet. 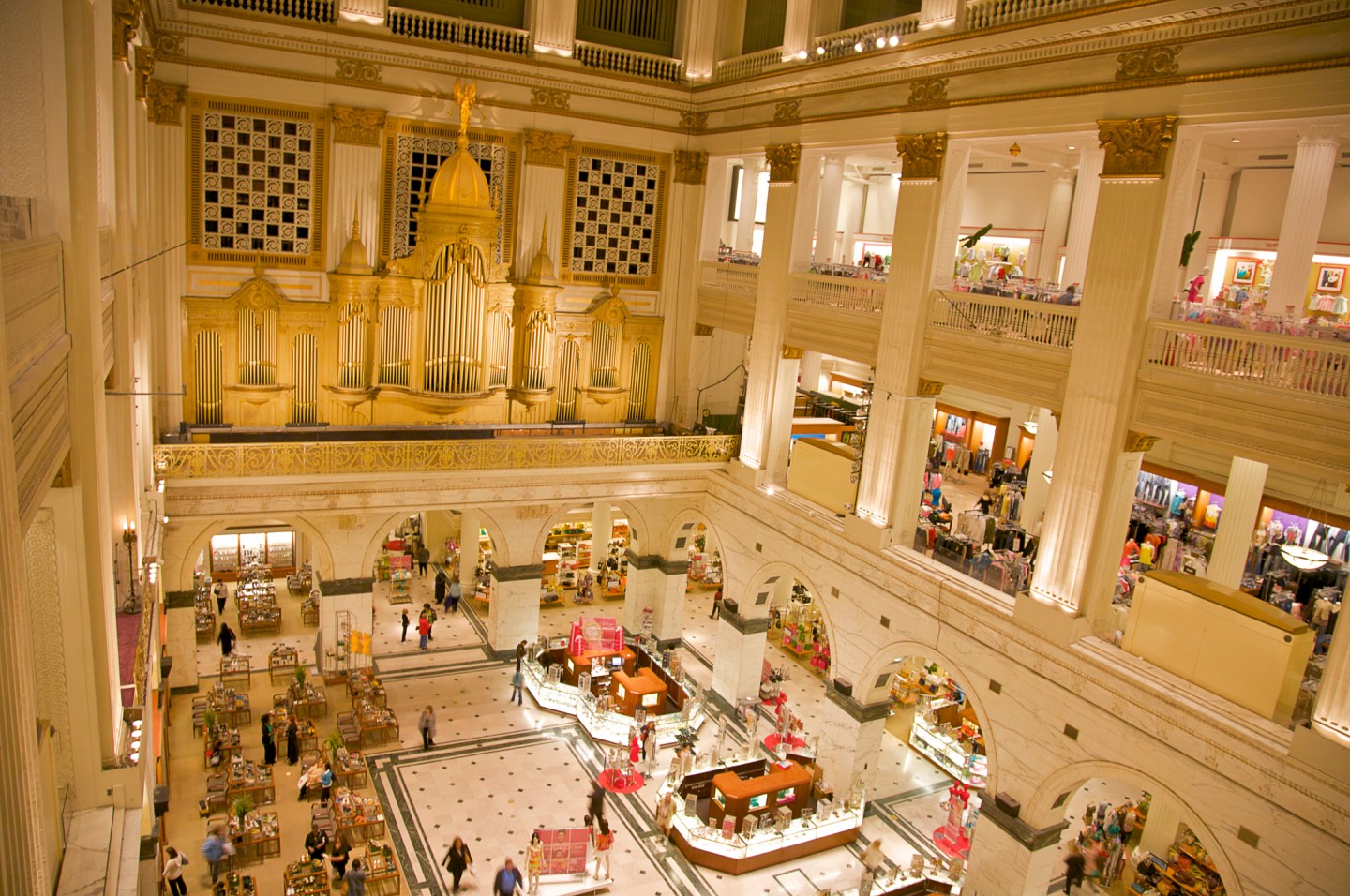 Beating up on department stores is a favorite pastime of retail haters. And yet, despite accusations of having a passé business model, dusty stores and an aging customer base, U.S. department stores have staged a comeback in the last two years—and are arguably more vital than they have been in a long time.

Just look at the Wall Street forecasts for the retailers’ comparable sales (sales at stores open at least a year plus e-commerce) reports expected in the next week: Macy’s (M), is expected to report a 4% jump on Wednesday, while J.C. Penney (JCP) should post a 5.8% increase and Nordstrom (JWN) a 3.2% rise on Thursday, according to Thomson Reuters data. Even the perennially struggling Sears’ (SHLD) U.S. namesake stores are seen posting a 1% comparable sales increase. (Bon Ton Stores (BONT) and Dillard (DDS) are also expected to report comparable sales jumps for the second quarter.)

Not bad for a part of retail many have claimed is doomed to disappear.

To be sure, overall department store sales are way below their 2000 peak of $232.5 billion, according to U.S. Department of Commerce figures, compared to $179.7 billion in 2012, the last full year for which data are available. (There was a spate of bankruptcies a few years ago that claimed chains like Mervyns, explaining a big part of the dip.) The Commerce Department found department sales were down 0.5% in the second quarter of 2014 compared to a year earlier.

But as Macy’s explosive growth, and Penney’s return from the brink in the last year show, there is life among the department store survivors, as many vendors are re-discovering.

Take Coach (COH). The upscale handbag maker has fallen out of favor with U.S. customers, prompting it to decide this year to close 20% of its stores and essentially reverse a big push toward in recent years to have its own store fleet. To make up the difference, Coach will rely more on department stores like Macy’s and Nordstrom, tapping the shopper traffic those locations draw. Coach isn’t just focusing on high-profile stores like Macy’s massive flagship in Manhattan where it will soon staff shop-in-shops with Coach staff (and where its space was designed by Dutch starchitect Rem Koolhaas). Macy’s 810-store fleet will be how Coach reaches customers in smaller markets as it doubles down on its 12 top North American markets for its own stores.

And Macy’s has become the go-to retailer for some smaller brands needing a partner with a big footprint: Finish Line (FINL) and sports team merchandise seller Lids last year struck partnerships with Macy’s to operate small boutiques at dozens of its stores. Those partnerships have been key to helping Macy’s get more shoppers into its stores.

Macy’s has also somehow managed to become more crucial for several established vendors, even as they open up more of their own stores. Macy’s generated 12% of Ralph Lauren (RL) sales last year ($875 million), compared to 10% two years earlier. The department store accounts for almost all of PVH’s (PVH) Tommy Hilfiger’s U.S. sales at wholesale.

Macy’s has been particularly deft at using its physical stores to bolster its e-commerce by using them to help fill online orders, and the retailer has loosened its structure to give regional offices more say in what they buy for the stores. It has also developed brands specifically for millennials, and made its stores in bigger cities home to true luxury brands like Louis Vuitton and Dolce & Gabbana, helping it draw in a broader customers base.

Other less successful chains have also proven how important they are. J.C. Penney, on the comeback trail after ditching its 2012 experiment of no sales and fancier wares, is one of the most important channels for Levi Strauss and VF Corp’s (VFC) Lee brand of jeans. PVH’s Izod is also particularly reliant on Penney. (VF, PVH and others bent over backwards to help Penney out at the height of its crisis, when sales were falling 25% per quarter, lest they lose a major retail client.)

For all its problems in the last two years, Kohl’s (KSS) has twice as many stores as it did only a decade ago, and Sears’ problems are largely self-inflicted, analysts say.

On the whole, department stores have finally woken up to the possibilities of e-commerce, and better in-store tech (Macy’s and Penney were among the first retailers to try out beacons in stores) While they continue to face challenges, not least of which is a secular drop in mall traffic, there are signs that department stores have rediscovered how to be relevant.

“Thankfully we are beginning to see more creativity in the department store space,” independent retail analyst Marie Driscoll wrote in a recent post for retail industry newsletter The Robin Report. The pendulum is reversing. This could be fun!”