Robots could soon be in your office … and your bedroom 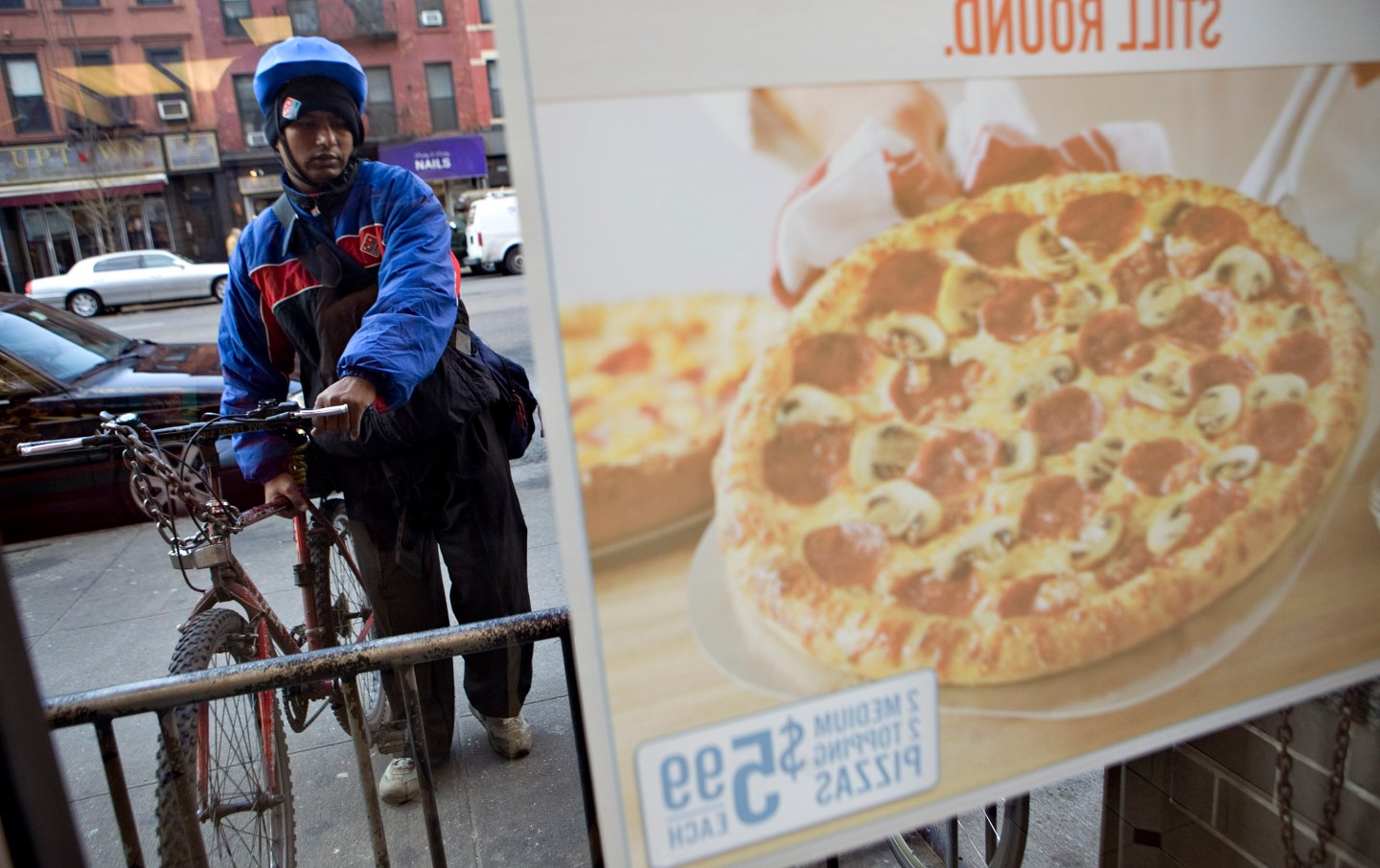 Hossain Md prepares to make a delivery from a Domino's Pizza franchise on 89th Street in New York, U.S., on Wednesday, Jan. 13, 2010. Domino's Pizza Inc., the second-largest U.S. pizza maker, said Internet orders make up the fastest-growing part of its business, accounting for as much as 30 percent of sales in some markets. Photographer: Daniel Acker/Bloomberg via Getty Images
Photo by Bloomberg—Getty Images

According to new data from the Pew Research Center, techies are split about just how important robots and artificial intelligence will be to the economy and to everyday life in the year 2025.

Around 52% of the 1,896 people polled for a study titled “2014 Future of the Internet” — including technology industry research scientists, business leaders and technology developers — believe that robotics will not take away more jobs than it creates by 2025, meaning that increased reliance on the technology will actually be a net positive to the economy and the job market.

The other 48%, though, think that robots will displace huge numbers of white and blue collar workers in the next 10 years, which would not only leave people unemployed but which could disrupt social order.

“Non-skilled jobs lacking in ‘human contribution’ will be replaced by automation when the economics are favorable. At the hardware store, the guy who used to cut keys has been replaced by a robot,” said Robert Cannon, Internet law and policy expert. “This begs the question: What can the human contribute? The short answer is that if the job is one where that question cannot be answered positively, that job is not likely to exist.”

Those who think that the increase in robotics will be a net negative also point out that the displacement of lower-income workers by non-human labor will vastly widen the already growing income gap, as the owners of businesses will see profit margins increase by being able to lay off their blue collar workers.

Stowe Boyd, lead researcher for GigaOM Research, pointed out a few ways the robots could interact with humans everyday outside of work. For one, he said, you can forget about the teenage pizza delivery boy — he will soon be replaced by a delivery robot. More salaciously, Boyd sees a future for robots in the bedroom.

“Robotic sex partners will be a commonplace, although the source of scorn and division, the way that critics today bemoan selfies as an indicator of all that’s wrong with the world,” he said.