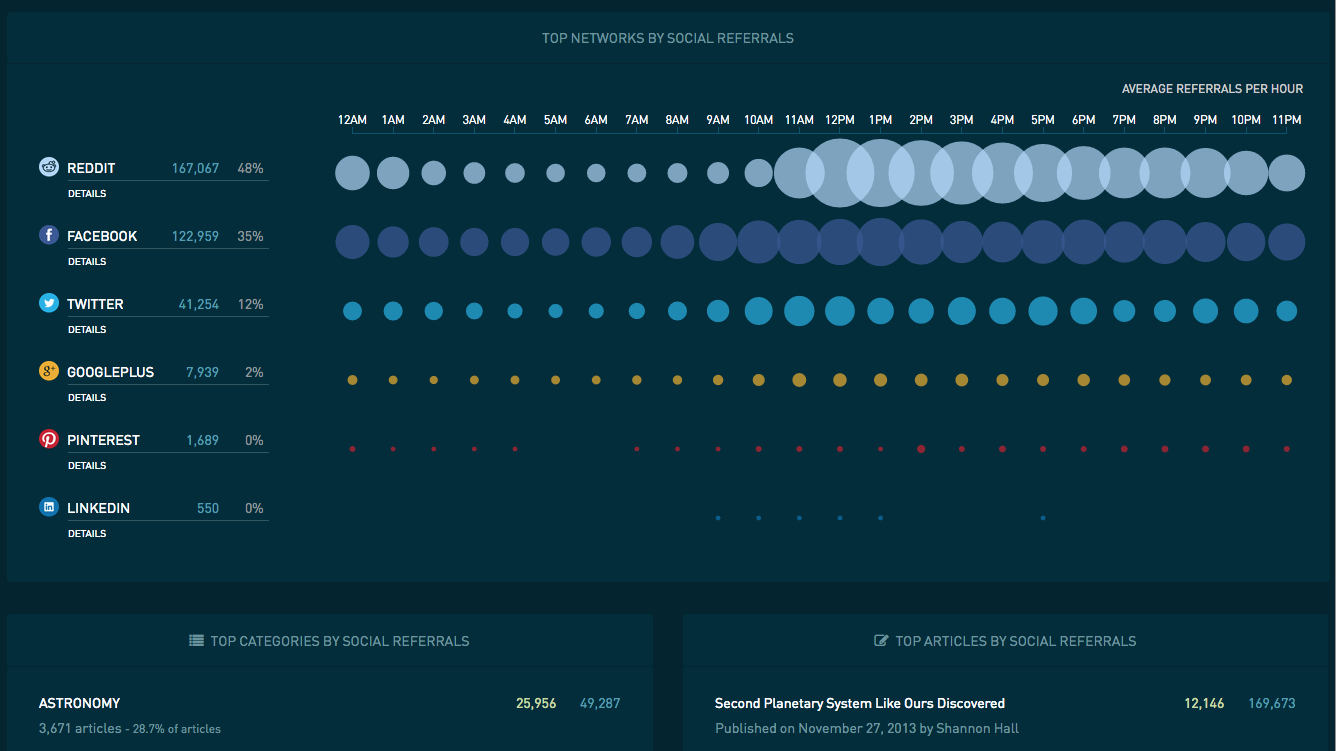 SimpleReach, a New York-based content marketing startup that tracks how information spreads on the Internet, among other things, has raised a $9 million in funding to further develop its product and expand its team. MK Capital led the Series A round with investments from Atlas Venture, Village Ventures, and High Peaks Venture Partners.

The funding comes as venture investors pour money into the content marketing category in hot pursuit of advertising dollars. (Native advertising pulled in an estimated $2.4 billion last year, moving the category from “experimental” to become a permanent line item on many advertisers’ budgets.) Earlier this year, the sponsored content company NewsCred raised $25 million, bringing its total funding to $46.8 million. Contently and Percolate, other competitors, have raised $12.3 million and $34.5 million, respectively. All three startups compete in the category with slightly differentiated offerings. SimpleReach’s position is that it offers marketers a single performance report for all of its branded content, spanning several sites and social media channels.

Of course, that’s no guarantee of success. (As startup wisdom goes: “Being early is the same as being wrong.”) SimpleReach almost didn’t live to see the heyday of native advertising. “We were close to death several times because we were too early to the market,” founder Edward Kim says. “We nearly ran out of money a lot of times.”

The company’s pitch hasn’t changed, but SimpleReach didn’t get the time of day from publishers or brands in its early years. “[We] had to scrape by with super small checks, trying to stay alive month to month,” Kim says. Times have changed. Several hundred publishers now use the company’s sponsored content platform, which costs about $2,500 per month for brands to access the most basic version. (SimpleReach also takes a cut of any paid promotions of the content.) Forbes, which was early to move into branded content, was its first client. Publications including the New York Times, Huffington Post, The Atlantic and yes, even, Fortune, followed suit. Media buyers such as DigitasLBi and VivaKi, as well as companies like Intel, are spending money to promote their content through SimpleReach.

The company has grown to 25 employees, mostly on its own income. (It raised $3.1 million across several seed rounds.) The company will now enjoy additional capital to expand its product. The “next generation” of content measurement and distribution, according to SimpleReach, is being able to show actual return on investment on content for advertisers and brands.

Kim views content marketing as in its early days, even though he’s been doing it for four years. First, the industry was focused on content creation, he says; the next step, just like what happened with online video, is that people realize they need distribution. “In the early innings, people are focused on routing money into workflow management and creating the content. Now people have [that] and it’s like, wait a minute, nobody is reading this,” he says. Surprise: That’s where SimpleReach steps in.

And what of reports that readers say they hate sponsored content and native advertising? Kim recites the same line most native advertising advocates tout—disclosure is everything!—but also clarifies why native advertising is considered in recent years as The One True Answer to both publishers and advertisers: It’s the only thing left. “It’s the answer by process of elimination,” he says. Banners don’t work on tiny mobile screens, so advertisers have to get users’ attention in the main stream of content with native and sponsored content. Still, that disclosure thing is tricky. “If you are publisher, this is both the greatest thing to happen to you and also most dangerous thing to happen to you,” he says.