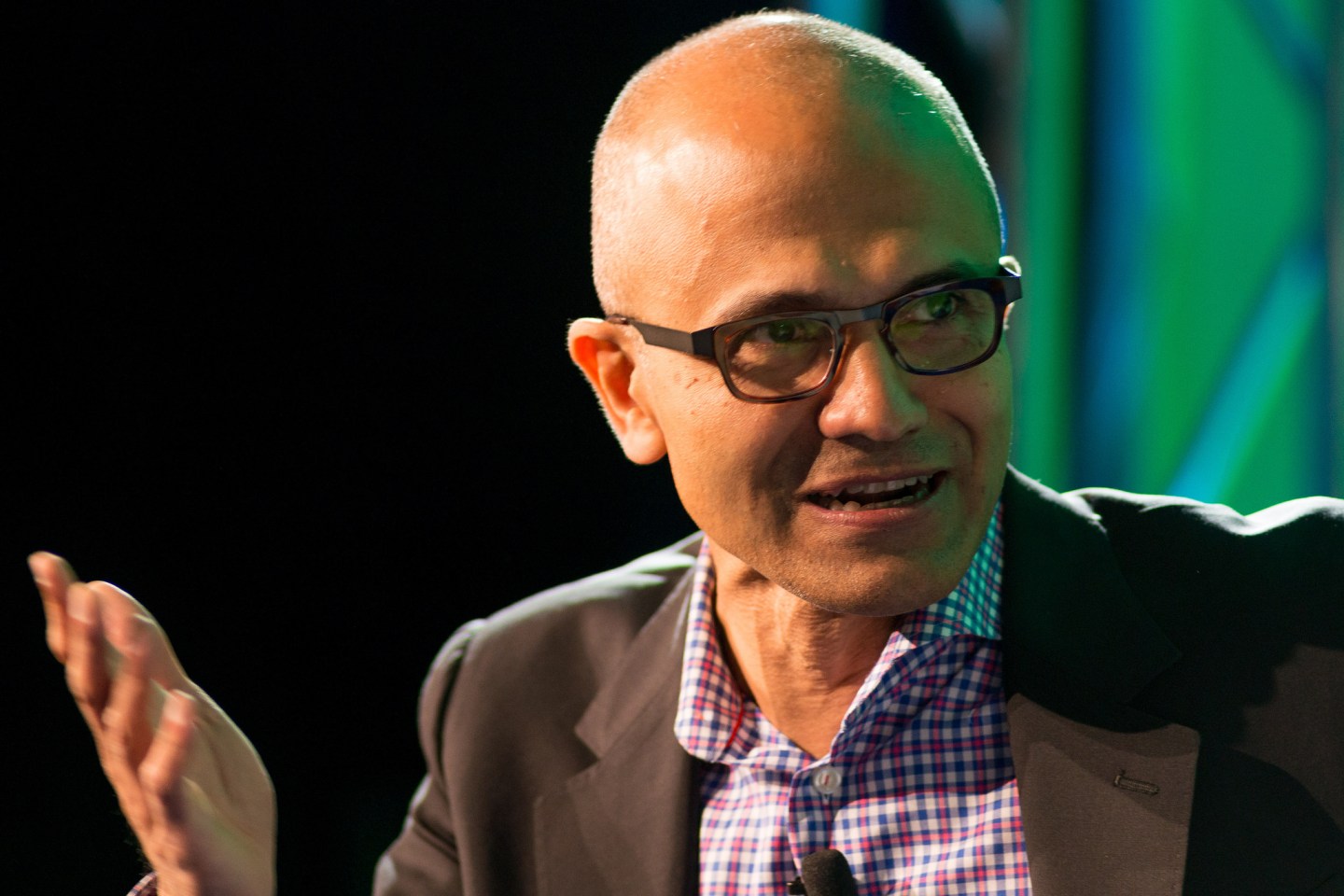 Microsoft’s profits fell in the fourth quarter after taking over Nokia, the money-losing cell maker it hopes will kickstart its mobile ambitions.

Quarterly profits declined 7% to $4.6 billion, or 55 cents per shares. Revenues, meanwhile, grew 18%to $23.4 billion from strong sales of Windows and in its cloud computing business.

The results were mixed. Analysts had expected earnings of 60 cents per share on revenue of $23 billion.

Microsoft said that revenue from its devices and consumer business grew 42% to $10 billion, including the acquisition of Nokia which added $1.99 billion. The company sold 5.8 million Lumia smartphones.

Microsoft’s CEO, Sataya Nadella, is trying to remake the company after years of stumbles. Its mobile business trails Google and Apple after Steve Ballmer, Nadella’s predecessor, failed to recognize the importance of smartphones and tablets early enough.

In the wake of the $7.5 billion Nokia acquisition, Nadella announced layoffs last week of 18,000 workers, many of them in the Nokia division. It was the biggest job cuts in Microsoft’s history and intended to cut costs.

Additionally, Microsoft reported that Windows sales for consumers grew 3% and 11% for business versions. Office 365 Home and Personal subscribers grew by more than one million to 5.6 million.

The company enterprise business grew sales by 11% to $13.48 billion, led by Azure cloud service, which grew sales 147% to over $4.4 billion. In its gaming division, Microsoft said it sold 1.1 million XBox video game consoles, a gain of 100,000 from the same quarter a year earlier.

Overall, the company’s shares are up 20% for the year (MSFT). They were essentially flat in after hours trading following the earnings report at $44.85.