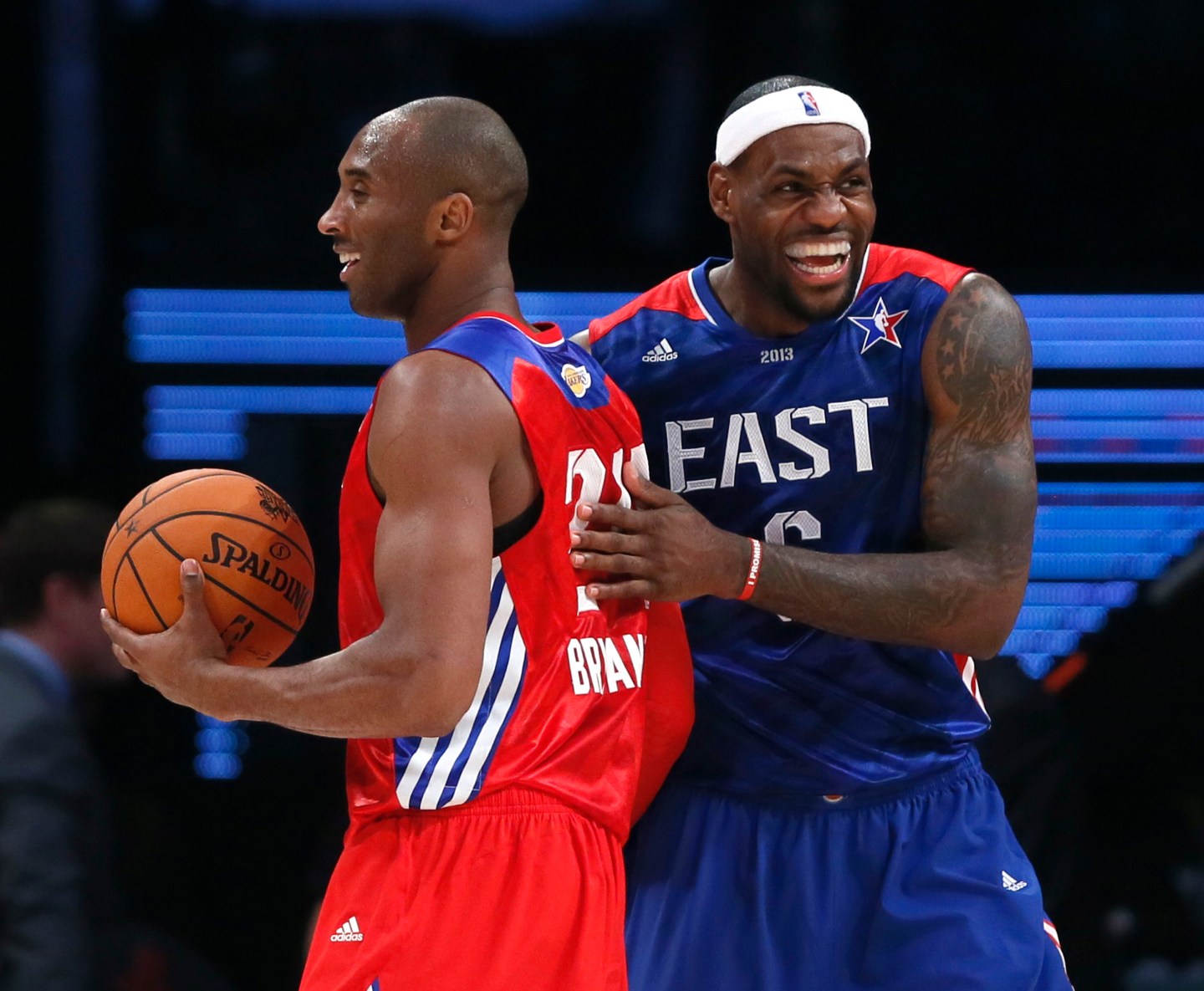 How do you get Michael Jordan, Kobe Bryant and LeBron James to join your new sports business?

You bring on board a former Nike (NKE) executive that has close, personal relationships with all three.

The business is Teneo Sports, which has existed since Teneo Inc., a global consulting firm, launched in 2011. The key executive is Charlie Denson, who worked at Nike for 34 years and was brand president from 2001 until last January, when he retired.

That’s a star-studded opening lineup that contains the world’s most famous living retired athlete, the NBA’s two biggest stars, and one rising-star golfer with a U.S. Open win under his belt. Two of those men landed in the top ten of our 2014 Fortunate 50 list of athlete earnings, and they compete with each other on the court, which made getting each of them on board particularly challenging. But Denson was the draw for the basketball players. McDowell, meanwhile, already had a sponsorship with Teneo, which meant placement of its name on his sleeve.

Declan Kelly and Paul Keary, both formerly of FTI Consulting, co-founded Teneo (pronounced teh-NAY-oh) in 2011 along with Doug Band, who spent a decade as an advisor to President Bill Clinton. The company provides services such as strategic communications, management consulting, investment banking and financial restructuring to a number of Fortune 100 corporations and CEOs.

Teneo has had a sports business since the beginning, but that business primarily helped cities or organizations make bids for sports events, such as the Winter Games in Vancouver in 2010 and in Sochi in 2014, both of which Teneo had a hand in. The company also has existing relationships with NASCAR and the WTA, among others. Teneo did not, previously, work with individual athletes, with the exception of McDowell and retired tennis legend Billie Jean King, who are official partners. Under Denson’s leadership, Teneo Sports will now provide athletes with a one-stop shop for their marketing and branding needs.

This is not a sports agency, though many will likely equate it with one. The athletes joining Teneo are retaining their agents, and those agents are not joining Teneo. Rather, Teneo seeks to let agents continue to manage their clients in the way they traditionally do, while Teneo will provide a wide range of business services for its athlete clients, including wealth management, tax planning, personal branding, business development and strategic partnerships. (This news comes just one month after Teneo brought on former U.S. senator George Mitchell as a senior adviser.)

The notion that is new here (or at least in keeping with current trends) is of the athlete as CEO of his or her own brand. The athlete is the content creator and the face of the brand. The agent’s role remains the same, but Teneo aims to improve on the typical model — where athletes outsource their various business needs to a range of different specialists — by giving the athlete only one call to make for any number of business needs. Teneo has partnered with a few entities for help with these functions, including Wieden and Kennedy for creative, UBS for finance, and DLA Piper, a leading sports law practice, for legal services.

This concept comes at a time when the business of athletes off the field or court is evolving. Endorsement deals are no longer simply about brands paying an athlete a fee to hawk their products (though those still exist, certainly), but more and more are about an athlete getting equity in a promising new business. Take LeBron James and Beats By Dre as the example: James signed on early, appearing in ads and using the product, not for any kind of endorsement fee but for an ownership percentage. That small stake, estimated at only one or two percent, reportedly brought James a windfall of $30 million when Beats sold to Apple last month for $3 billion. It’s what David Wright did a few years ago with Vitamin Water, and it’s what Mark Teixeira has done with Juice Press, and Vernon Davis with D1 Sports. This new model is also, experts say, a way for big brands to hedge better against the possibility of image-damaging athlete scandals.

To be sure, other big sports agencies such as IMG or Octagon — powerhouses that Teneo does not see as its competitors in this new venture — also offer services beyond mere representation, and would likely argue that Teneo is not the first to try something like this. But Teneo believes that Teneo Sports will be a game-changer, and so it will only be seeking athletes matching the caliber of its first four: a level that probably only includes some 100 stars across all the major global sports. In other words, it’s a tall order.

But the agents of at least these four stars, for starters, are fully on board. That includes big names in the representation world such as Rob Pelinka (Bryant’s agent), Rich Paul (James’s) and Colin Morrissey of Horizon (childhood friend and agent of McDowell). Maverick Carter, LeBron’s business manager and partner in LRMR Management, tells Fortune that the appeal of Teneo Sports is an additive one — it doesn’t replace what LRMR has been doing so well for years, but adds to it.

“What Teneo is setting up is what I’ve always set out to do since I started working with him,” says Carter. “It’s exactly what LRMR set out to do. They’re not out to make his next McDonald’s deal and take a fee, like I do as my business, but they’ll just be additional smart, like-minded people in the room to help me think about everything I’m doing.” Carter and James created LRMR in 2004, and in 2007 they bought a stake in Cannondale Bikes; when they sold that a year later for an undisclosed profit, Carter says, “it showed everyone, whoa, this idea really works, it’s real. That wasn’t the way things were done, but it’s the way we want to do things.”

Each of the four stars is joining Teneo Sports for different reasons, and no meeting between them all was necessary, but Carter says he did speak to Bryant directly at one point during the process.

McDowell was interested because he sees a change in the accessibility of pro athletes: they are now touchable, tangible people with whom fans can engage. Due to social media, it’s more difficult for them to hide and to be private. As a result, the athlete brand has to be extremely authentic. McDowell, who has some six to eight endorsements or corporate partnerships already, including with Verizon, MasterCard, and RBC, is looking to further cement what exactly the Graeme McDowell brand stands for.

What the Teneo Sports brand will stand for is a different question. In an age when Jay Z is a bona fide sports agent building Roc Nation Sports into a legitimate player, and an age in which Brazilian soccer star Neymar Jr. foregoes a press conference after his debilitating injury and instead posts a video of himself to YouTube, the sports marketing world is open for change. As Maverick Carter puts it, “LeBron is at the size where he does need to be run like a big company, so I’m not afraid to bring more smart people on board to help me do it.”