Adidas has shunned Suarez, but other brands are embracing the bite 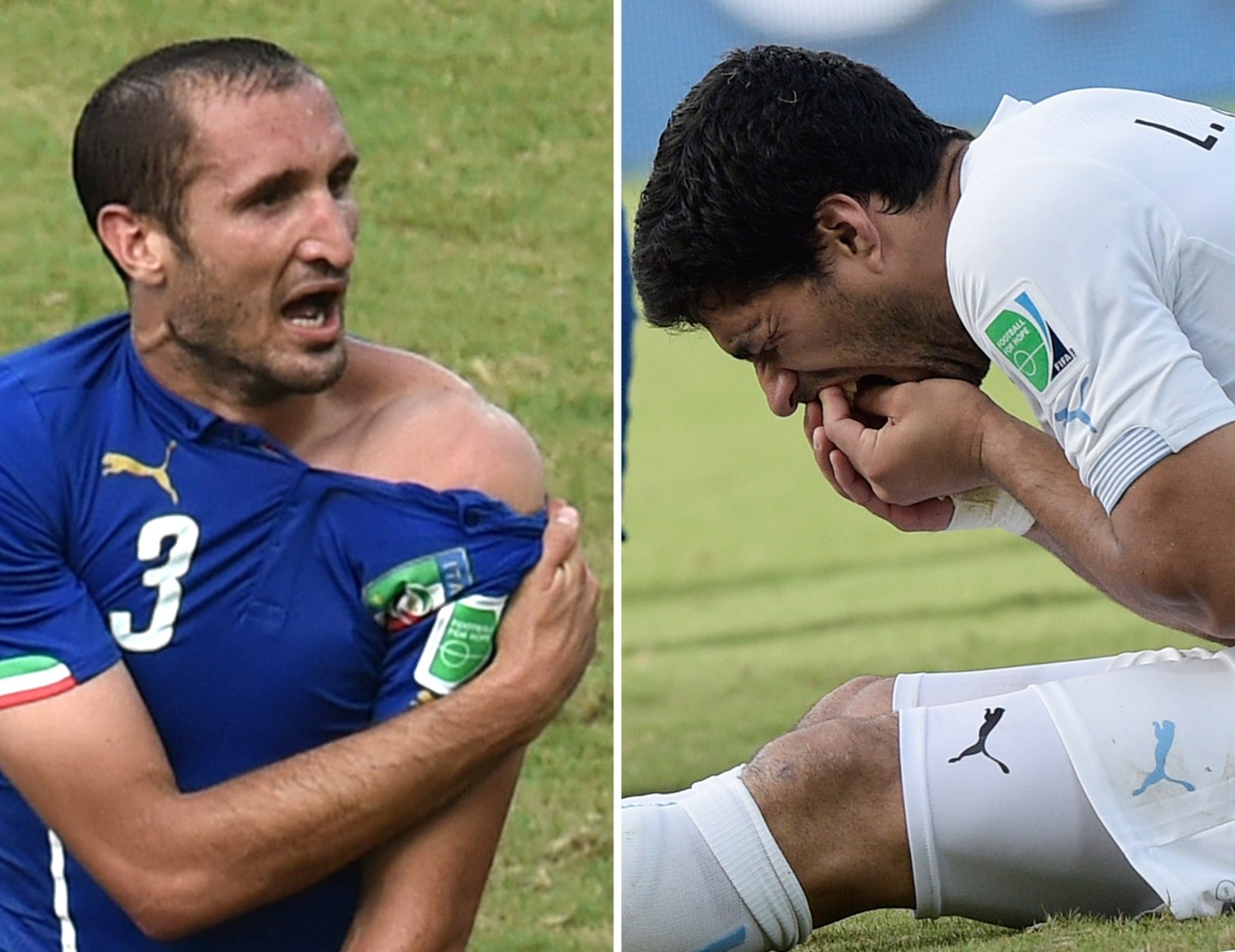 This combo of 2 photos shows Italy's defender Giorgio Chiellini (L) showing an apparent bitemark and Uruguay forward Luis Suarez (R) holding his teeth after the incident during the Group D football match between Italy and Uruguay at the Dunas Arena in Natal during the 2014 FIFA World Cup on June 24, 2014. Uruguay won the match 1-0. Uruguay star Luis Suarez faces expulsion from the World Cup for biting another player as FIFA confirmed it had opened disciplinary proceedings against him on on June 25, 2014. Suarez, banned twice before for biting opponents, appeared to sink his teeth into defender Giorgio Chiellini during Uruguay's 1-0 win over Italy. AFP PHOTO/ YASUYOSHI CHIBA / DANIEL GARCIA (Photo credit should read DANIEL GARCIA/AFP/Getty Images)
Photograph by Daniel Garcia — AFP/Getty Images

It’s the bite that keeps on biting.

As Adidas backs away from Uruguay’s Luis Suarez after he received a four-month ban for biting a fellow World Cup player, other brands are happily hopping on board.

The best part? No fees attached.

Adidas (ADS) said it would no longer use Suarez for marketing promotions attached to the 2014 FIFA World Cup. Other brands were happy to pick up the slack, and some free advertising along the way.

Netflix (NFLX), McDonald’s (MCD), Budweiser and others turned to Twitter to promote their products and poke some fun at the 27-year-old soccer star.


(Translation: “Hello @luis16suarez, if you’re hungry come have a bite of a Big Mac.”)

It’s not the first time marketers have played off popular fascination in real time.

Gatorade similarly turned to social media to get grab attention after after Lebron James cramped up during the first game of the NBA finals after the air conditioning went out in the Houston arena.

The tweet was a jab at an unnamed rival: Powerade, which sponsors Miami Heat’s James.

Marketers are getting better at using real time events to pick up some fee-less advertising and even, like Gatorade, interacting directly with consumers. It’s a far cry from the multimillion dollar sponsorships and television commercials that have driven marketing efforts of years past.