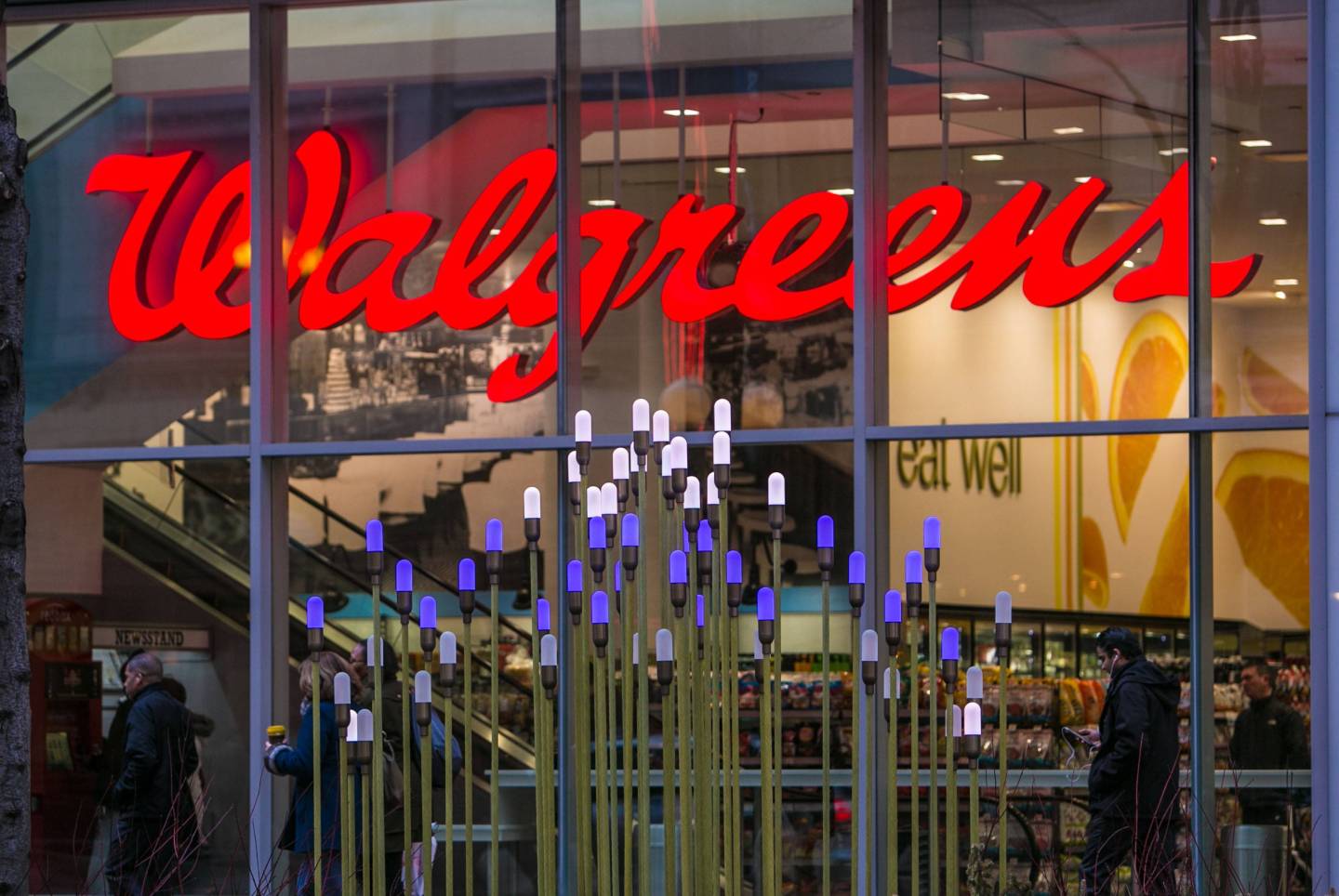 CHICAGO, IL - MARCH 26: A display of colored lights change every few seconds outside a State Street Walgreen's on March 26, 2013, in Chicago, Illinois. Visitors to "The Windy City," the third most populous city in the United States, have had to bundle up due to an unusually cold spring. (Photo by George Rose/Getty Images)
Photograph by George Rose — Getty Images

Walgreen (WAG) CEO Greg Wasson came clean on Tuesday and admitted to Wall Street analysts that the drugstore chain is considering relocating its headquarters to Switzerland, a move that could significantly lower its tax bills.

Walgreen, which operates 8,700 drugstores in the U.S. exclusively, bought 45% of Swiss-based pharmacy group Alliance Boots for $6.7 billion in cash and stock in 2012 and has the option to buy the rest in 2015, a move widely seen as likely to happen.

A Financial Times report in April said major Walgreen shareholders like Goldman Sachs and hedge funds Jana Partners, Corvex and Och-Ziff, are pressuring Walgreen to use the transaction to carry out a so-called “tax inversion” transaction, which by some analyst estimates would lower its tax rate to 20% from about 31% currently by having the company based in a tax haven like Switzerland.

In March, on the previous quarterly earnings conference call, Wasson told investors he had no plans to do an inversion after a public debate erupted.

Walgreen, which gets a big chunk of change from filling prescriptions for patients covered by the U.S. government’s Medicaid and Medicare programs, faced criticism from groups like Change to Win and Americans for Tax Fairness, which in a report this month estimated that an inversion by Walgreen would cost U.S. taxpayers $4 billion over a five-year period.

But by Tuesday, Wasson was singing a different tune.

“We’re looking at everything from what the best timing would be, what capital structure should be,” Wasson said. “We are working around the clock to try to understand all the above so that we are able to make the right decision,” he adding, noting he might have more information to share by late July.

There has been a spate of inversions lately as U.S. corporations seek to use M&A with foreign companies to lower their tax rates. Last week, Medtronic (MDT) announced a $42.9 billion merger with Ireland’s Covidien, and much of the deal’s rationale had to do with giving the medical device manufacturer an Irish address to lower its taxes.

Walgreen reported a disappointing quarterly profit, hit by higher prices for generics and lower reimbursement rates, so it is likely to face more pressure to look at ways to improve its financial performance.