Apple’s iWatch: The view from the Mall of America 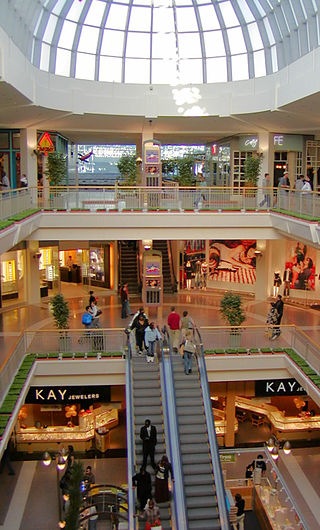 The sample of 100 shoppers was hardly representative of the U.S. population — never mind today’s global market for electronics. It consisted of …

These people may not be typical, but they are the kind of people you meet at the Mall of America, the world’s largest and busiest (40 million visitors annually) shopping emporium. This is where Minneapolis-based Piper Jaffray does much of its consumer market research, testing the waters for everything from teen fashions to smartphones.

On Tuesday PJC released the results of its first Watch & Wearables survey, using Apple’s (AAPL) rumored iWatch as a hook.

And on the strength of that 14%, lead author Erinn Murphy is sticking with Piper Jaffray’s earlier estimate that Apple could sell anywhere from 5 to 10 million iWatches in the first year, generating as much as $3.5 billion addition revenue.

In his Monday Note titled iWatch Thoughts the always-insightful Jean Louis-Gasseé throws some cold water on the whole category. He takes the most ambitious iWatch sales estimate — 50 million in the first 12 months — multiplies it by $300 per unit, and comes up with a maximum of $15 billion in revenue.

“This seems like a huge number,” he writes, “until you compare it to a conservative estimate for the iPhone: 50 million iPhones at $650 generates $32B per quarter.” (emphasis his)

“Taking a more hopeful view,” he concludes. “let’s recall the history of the iPad.”

“It was a late entrant in the tablet field but it coalesced and redefined the genre. Perhaps the the iWatch will establish itself as The Smartwatch Done Right. But even if it succeeds in this category-defining role, it won’t have the power and flexibility or the huge number of apps of a true trouser pocket computer. As a result, the iWatch will be part of the supporting cast, not a first order product like the iPhone. There’s nothing wrong with that — it might help make high-margin iPhones even more attractive — but it won’t sell in numbers, dollar volume, or profit comparable to the iPhone or iPad. The iWatch, if and when announced, might be The Next Big Thing – for the few weeks of a gargantuan media feast. But it won’t redefine an industry the way PCs, smartphones and tablets did.”

For a more optimistic analysis of the wearable category, there’s a 225-page report produced in January by Andrew Sheehy’s team at Generator Research.

Their estimate of 8.9 million smartwatch sales this year — by Apple and Google (GOOG) combined — is comparable to Piper Jaffray’s. But they expect that number will grow sharply once Samsung and the rest copy the designs and jump into the market with both feet.

Sheehy prefer to think of smartwatches and smartglasses not as individual devices, but as part of what he calls the “wearable web”:

“In the far future, when we look back at devices like the iPhone, we will wonder how we ever managed.”

Maybe. We’ll just have to wait and see.

You can read more of Philip Elmer-DeWitt‘s Apple coverage at fortune.com/ped or you can subscribe via his RSS feed.