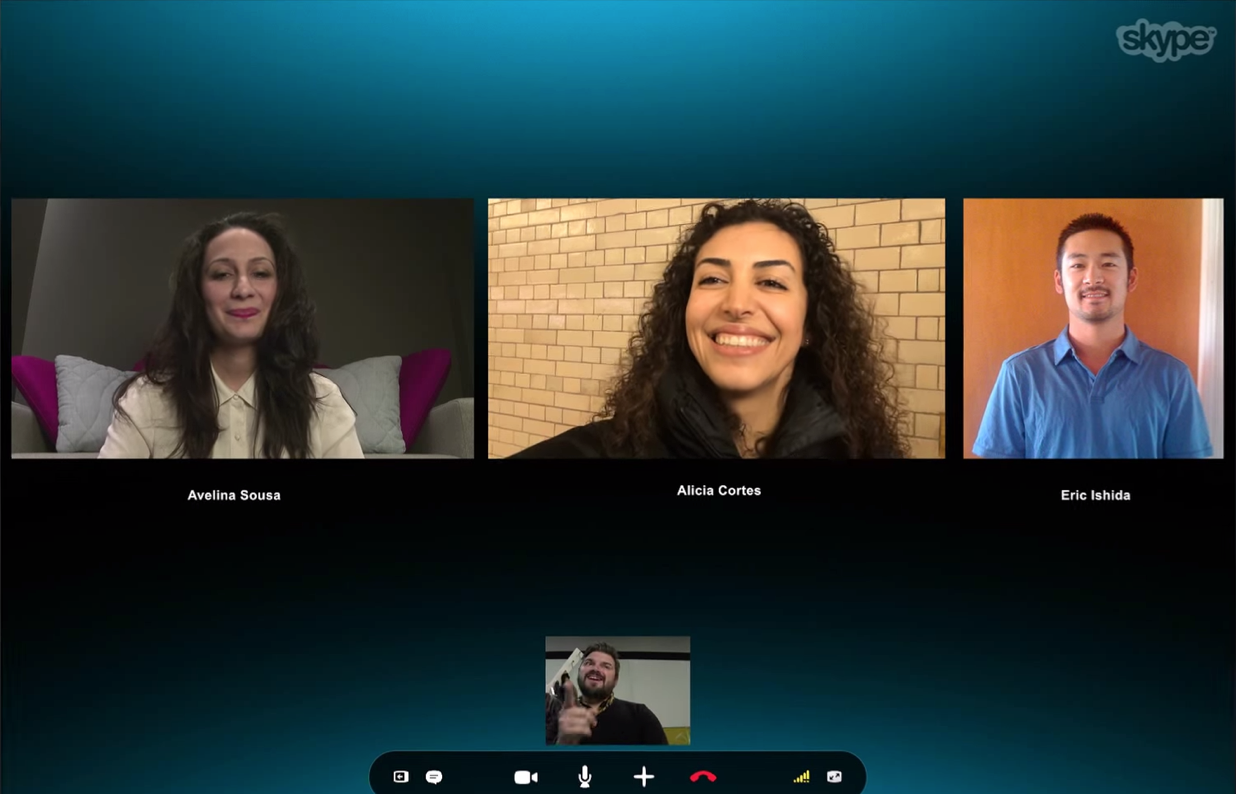 It’s been a rough ride for global telecommunications companies in recent years, and it’s not because they finally started reading their fan mail. Telcos like China Mobile, Deutsche Telekom, and Telefónica are facing—and struggling to counter—a trend in which the prices of basic voice and data services are declining, like trees falling in a forest.

And it’s only going to get worse, according to the London-based research and analytics firm Ovum. The telecommunications industry will lose a combined $386 billion between 2012 and 2018, the firm predicts, from customers using over-the-top (OTT) voice applications such as the market-leading Skype and Lync, both owned by Microsoft (MSFT).

The precipitous decline will come mostly from lost revenue on international calls and on roaming fees, which can in some cases be exorbitant and cost unwitting consumers thousands of dollars if they fail to switch off their roaming capability in a foreign country.

“The use of VoIP will grow increasingly over the next five years to become the underlying technology for delivering voice over telecoms infrastructure,” says Emeka Obiodu, an analyst at Ovum. “Blocking these services, entering into alliances, or trying to out-compete OTT players using services such as Joyn, are not going to stem the tide.”

In general, the term OTT refers to the delivery of video, audio and other media from a third party to person’s device, leaving the Internet service producer responsible only for transporting bits and bytes. OTT is most often used to discuss video streaming services such as Netflix (NFLX), WhatsApp, Hulu, or WhereverTV, but it includes voice-over-Internet-Protocol, or VoIP, services that are driven by audio and used for communication purposes.

According to Ovum, consumer use of OTT VoIP will grow at a compounded annual rate of 20 percent between 2012 and 2018 to reach 1.7 trillion minutes. That translates to $63 billion in lost revenue in the final year of its forecast.

The growth in global demand is driven by a number of factors including improvements in the availability and speed of broadband networks, the growing capability and affordability of wireless devices such as smartphones and tablets, and continued dominance of social media.

The impact seen today of OTT VoIP services on the traditional revenue streams of telecoms is just the tip of the iceberg, says Sandy Shen, a research director for Gartner based in Shanghai.

“OTT chat apps such as WhatsApp and WeChat are putting more pressure on telcos than VoIP services because they offer social networks that retain user loyalty and stickiness,” Shen says. “That is pushing people to go for smaller voice and text plans, though they still need a big data plan.”

“The fact that Facebook put $19 billion on the table, of which $4 billion is in cash, for global messaging service WhatsApp with 55 staff should scare telcos,” says Dan Bieler, a Forrester analyst based in Frankfurt, Germany. “Ultimately, telcos may be left selling flat-rate data plans. The heyday of big profits from high SMS margins is coming to a close, and there’s little reason to assume that telcos are regaining ground in the battle for closer customer relationships.”

Still, some telecoms are finding new ways to stem the hemorrhaging caused by OTT services through innovative approaches to bundling.

For example Switzerland’s dominant carrier, Swisscom, recently launched a simple but novel new mobile tariff based on five download speeds, from 200 kilobytes per second to 100 megabytes per second. Each tariff includes unlimited national voice, SMS, and data usage for no additional charge. (The fastest speed also includes unlimited international calls to most countries and SMS.)

For Swisscom, it changes how the company positions its services by emphasizing the underlying infrastructure, rather than mode of communication.

“Speed-based pricing will become a much more widespread,” says Forrester’s Bieler. “The problem with simple flat rates is that they open the door to OTT providers and data free riders, where a small percentage of users consume an over proportional percentage of data traffic.”

Swisscom and some U.S. wireless carriers who already offer unlimited voice and data bundles may have found a way to co-exist with third-party providers of online content such as Skype and WhatsApp. Given the financial pain in store, expect the rest of the global telecom industry to quickly follow suit.