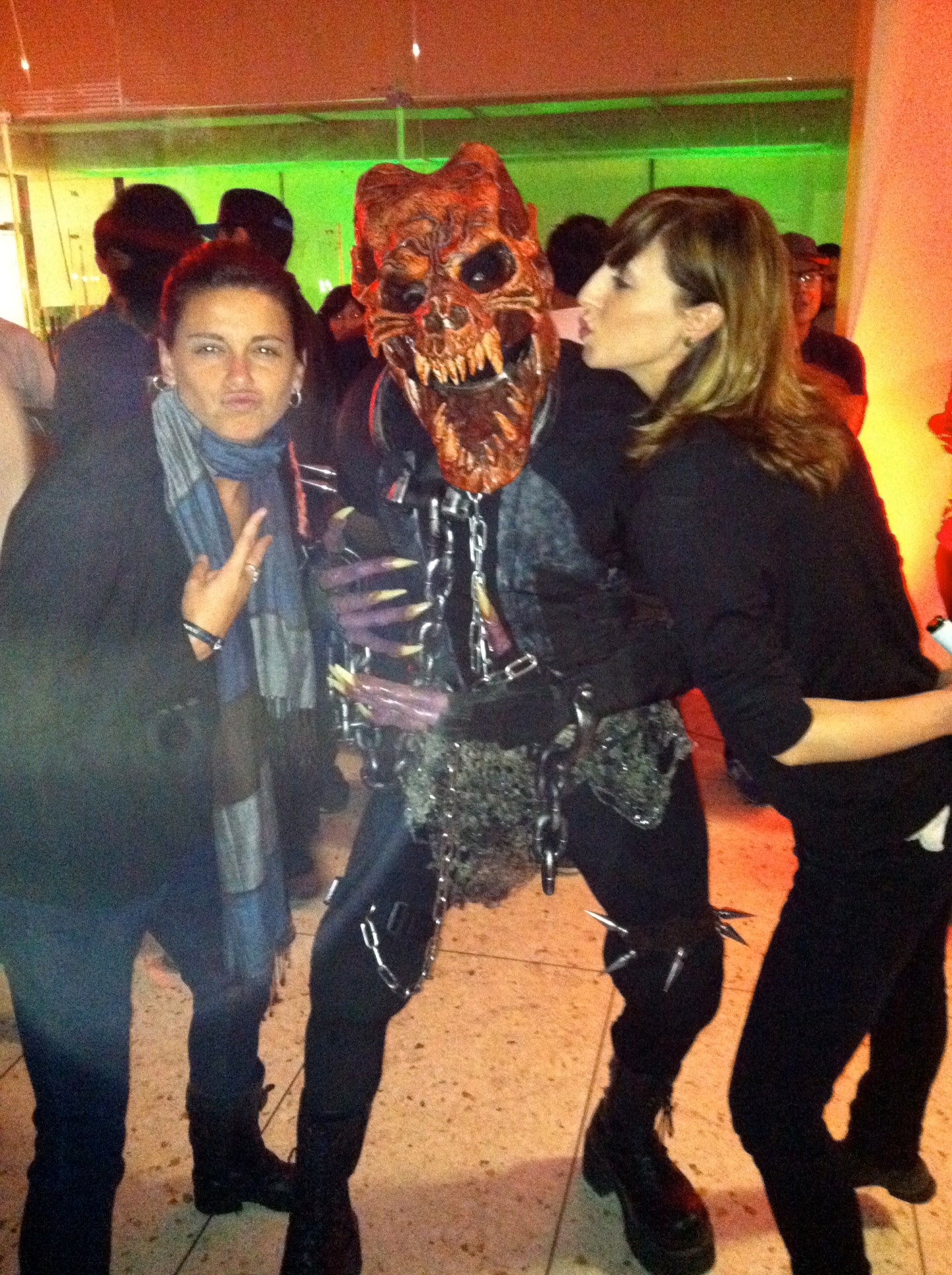 In 2009, Melissa Carbone envisioned a way to turn your darkest fears into cold hard cash. Now, Live Nation is making the same scary investment as well.

A former Clear Channel Media and Entertainment executive, Carbone is the co-founder of a live horror attraction business that produces terrifying, Halloween-themed events for thrill seekers in the Los Angeles area. Ten Thirty One Productions, Carbone’s company, landed a spot on ABC’s business reality show Shark Tank last year as well as a $2 million investment from notorious businessman Mark Cuban. The largest investment in the show’s history, Cuban’s capital helped bring Carbone’s company grow from $400,000 in revenue in its first year to a projected $3 million by the end of 2014.

Live Nation,the biggest concert company in the country, plans to benefit from Carbone’s growth with a small investment in her company. Neither Carbone nor a Live Nation spokesperson would give specifics on the deal, but the entrepreneur revealed that Live Nation’s stake is smaller than Cuban’s initial $2 million deal for 20% of her company.

“Melissa has a unique, gutsy and proven business model, and being in business with her and Ten Thirty One Productions underlines our commitment to bringing fresh and engaging live entertainment into the marketplace,” Live Nation CEO Michael Rapino wrote in an email to Fortune. Formerly owned by Clear Channel, Live Nation was spun out in 2005 and Rapino didn’t meet Carbone until recently.

After expanding her entertainment company outside of Los Angeles to other cities in California, Carbone is anxious to take advantage of Ticketmaster — Live Nation’s ticketing platform — which sold 400 million tickets last year. Live Nation also owns 41 venues across the country that could provide an ideal stage for Ten Thirty One’s frightening live events as the business grows.

Rapino likely sees the same potential in the business that Carbone and her co-founder — current Vice President of Strategic Partnerships at Clear Channel Media Alyson Richards — pictured a few years ago. Halloween is approaching a $7 billion industry in the U.S. and is second only to Christmas in annual revenue, says Carbone. The media execs wanted to fill a hole in the marketplace for engaging horror experiences that took entertainment beyond just watching something on a screen. Customers pay as much as $139 a person for an overnight horror experience with The Great Horror Campout or as little as $30 for a 25-minute Haunted Hayride.

“When you go to this attraction you are literally putting your hands into bodies, trying to break ribs, finding severed heads and engaging in voodoo rituals. There are just so many layers to it,” Carbone explained. “Events up until this point have been very spectator sport: you sit in a chair and you clap or you look at things. This is completely hands on and people leave the event dirty and muddy and tired. It takes live entertainment to the next level.”

Ten Thirty One productions is unique for reasons other than its business model. Carbone is one of the few female business owners in the horror entertainment industry. What’s more is that her team is almost entirely female as well. The first year her staff walked into a Halloween trade show, Carbone said she could tell that her peers in the industry were shocked. “It’s definitely a boys club,” she added, but Carbone enjoys walking into a room and being the only woman.

Rather than view the gender divide as a problem to fight against — like some of her peers in the film industry — Carbone chalks it up to working in a genre that naturally skews male. Roughly 60% of her production company’s customers are men. “It’s a gory and extreme industry and men jump into that pool more often,” she added.

Now with Live Nation as a partner, Carbone plans to expand her attractions into New York and San Francisco over the next two years. But as her business rolls onto the Ticketmaster platform, there is no telling what the demand will be for her terrifying experiences to start popping up across the country.

“This model is easily duplicatable,” said Carbone. “We can roll into a city, have an event, break it down and do it all over again and we can do this every weekend. That’s what makes it such a great investment.”