The American South: Where minimum wage hikes go to die 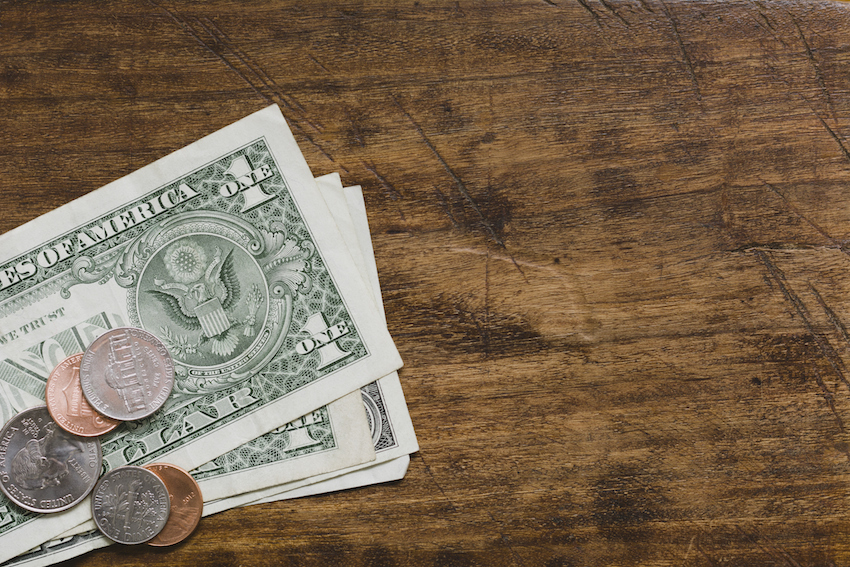 All politics is local and now — maybe more than ever — so too is the rate that minimum wage workers are paid.

This year, efforts to raise the minimum wage have spread across the United States, from Hawaii to Minnesota to Maryland — sparked by outrage over the country’s low-wage recovery. Indeed, 76% of American favor increasing the federal minimum, which has been stuck at $7.25 an hour for five years.

In May, Michigan increased its minimum wage from $8.25 to $9.20. And last week, in what’s thought to be a precursor for other big cities like San Francisco and Chicago, Seattle upped its minimum wage to $15 an hour after worker walk-outs set off a campaign for higher pay last year.

But when mapping the impact of the minimum wage movement, it becomes obvious that a large pocket of the United States has been largely untouched.

States in the southeast–from Arkansas and Louisiana, to Georgia, Kentucky, and Virginia–state-instituted minimum wages are either stuck at the $7.25 federal level, lower than the federal level (yes, that’s possible), or don’t exist at all.

Kentucky, Virginia, and North Carolina adhere to the federal minimum wage of $7.25. Tennessee, Louisiana, Mississippi, Alabama, and South Carolina don’t have their own state minimum wage law, which means they also abide by the national rate.

Then there are two states that have rates below that: Arkansas pays its hourly employees a minimum of $6.25, while Georgia workers make a minimum of $5.15. While these figures are shockingly low, they only apply to a tiny portion of workers who are exempt from the federal minimum wage law, which takes precedent in most cases–mainly employees of small businesses with less than $500,000 in revenue and that don’t participate in interstate commerce.

So as workers in, say, Seattle earn a minimum of $15 an hour, workers in the South can take home less than half of that.

To be clear, this is not on account of a lack of trying to raise the minimum wage there.

Democratic lawmakers from nearly every state in the American South and Southeast have introduced legislation to increase the minimum wage, and just about all of them have gone nowhere in these  states, where business interests often have significant sway over worker rights causes.

For instance, two bills in Louisiana that would have upped the state’s currently nonexistent minimum wage to $10.10 and $8.25 in 2015, respectively, met an early demise when a House committee voted against both bills in April. In Alabama, which also lacks a state minimum wage, a bill introduced in January to raise the minimum wage to $9.80 is languishing in committee. Also stuck in committee is a constitutional amendment to set South Carolina’s minimum wage above the federal rate.

A bill in Kentucky that would raise the state’s $7.25 minimum hourly rate to $10.10 has made some progress. It passed the Democrat-controlled House in February but will likely die in the state’s GOP-controlled Senate.

The only real hope for any kind of increase in the region is in Arkansas, where a ballot initiative by community coalition Give Arkansas a Raise Now will likely garner the 62,500 signatures needed by July 7 to put a $8.50 minimum wage to a vote in November.

Give Arkansas A Raise Now–which is made up of faith, community, and civil rights groups–started its push towards a ballot initiative this past fall for one reason: time. “It’s been over eight years now since there was an increase in Arkansas,” says Stephen Copley, a United Methodist Minister and chairman of the organization. The group was also behind state’s last minimum wage increase in 2006. It started a petition drive for a hike in March 2005. A year later, the legislature called a special session and passed the increase on their own.

That’s not likely to happen this time. Arkansas state Representative Butch Wilson introduced a bill to raise the state’s minimum wage by $2 last year, but it failed in committee.

But Copley is hopeful that Arkansas voters will approve what state legislators have rejected. “A poll we did six weeks ago shows that 77% of people in Arkansas are in favor [of a higher minimum wage],” he says.

Sidestepping Republican-led legislatures and appealing directly to voters is likely the only way for advocates of a higher minimum wage to gain ground in the South. Florida, an outlier in the region, currently pays its workers at least $7.93. In 2004, when Republican Jeb Bush was governor of the state, voters in the state overwhelmingly passed a ballot initiative to raise the minimum wage and tie annual increases to inflation.

That same tactic led to a minimum wage hike in New Jersey in November, even after its Republican Governor Chis Christie vetoed a bill to raise the rate. And in Michigan in May, a ballot initiative to raise the state’s minimum wage from $7.40 to $10.10 had gained enough signatures to go to a vote, ultimately prompting the state’s Republican-led legislature to pass its own increase to $9.20.

Grassroots movements to raise the minimum wage in the South likely holds much more promise than any piece of legislation, says Tsedeye Gebreselassie, a staff attorney at the National Employment Law Project. In this way, the impact of the minimum wage hikes passed elsewhere in the country goes beyond city and state lines.

For instance, Crystal Price, a 27-year-old who works at Wendy’s in Greensboro, North Carolina for $7.25 an hour, is involved in the Moral Mondays protests at the state capitol, where supporters demand a higher minimum wage in addition to opposing Republican state leaders’ stances against Medicaid expansion, unemployment benefits, and higher-education spending in the state. She told Fortune that Seattle’s new minimum wage showed her that $15 an hour is possible.