Chicago the latest to chase a $15 minimum wage 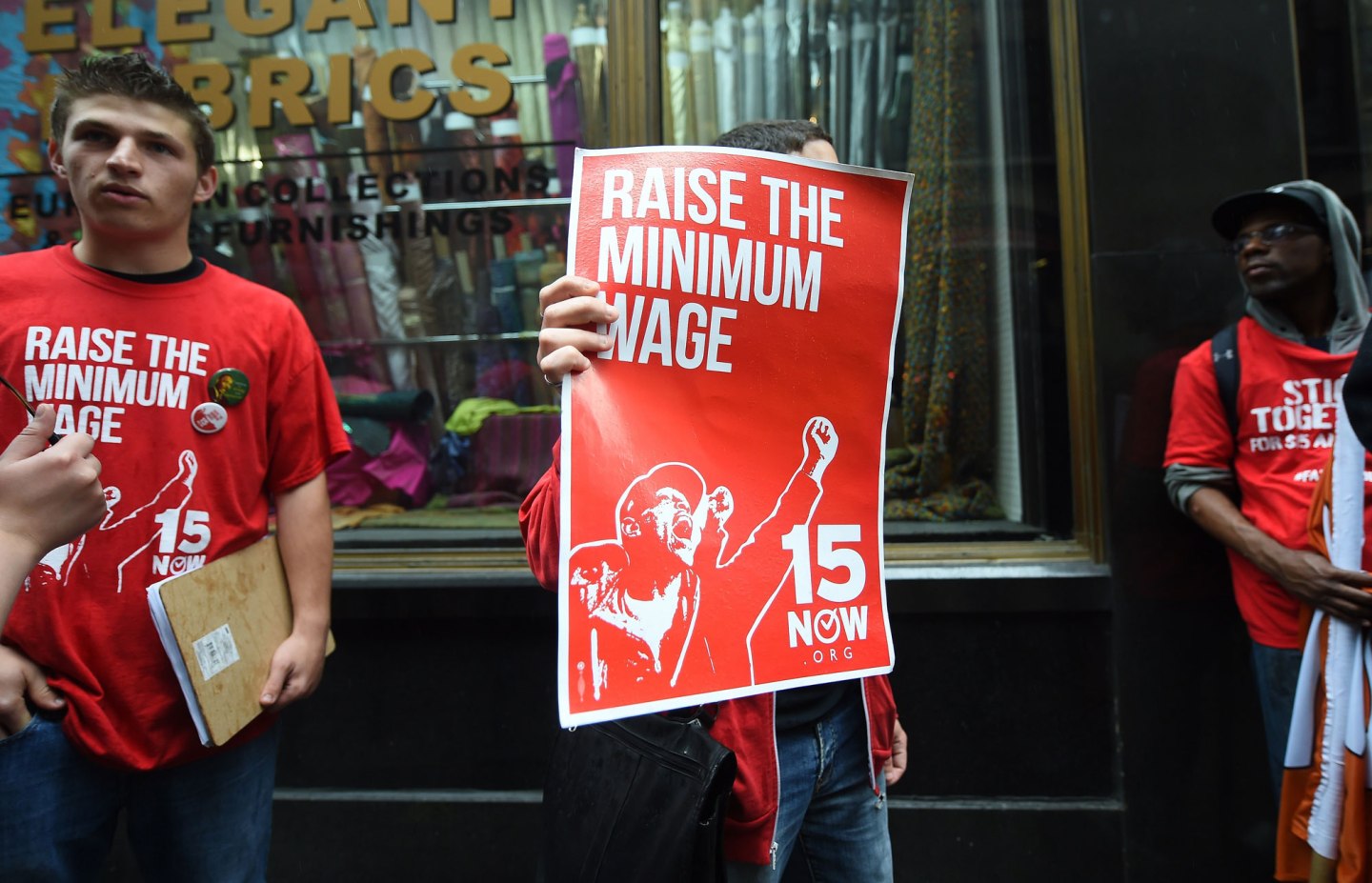 FORTUNE — While President Barack Obama pushes for a federal minimum wage of $10.10, several cities around the country are doing him a few bucks better.

On Wednesday, a group of Chicago aldermen will propose increasing the city’s current minimum wage of $8.25 to $15 over two to five years, depending on the size of the employer.

The proposal comes after 87% of voters in Chicago voiced support for a $15 minimum wage in a non-binding advisory referendum in March. In response to the vote, Chicago Mayor Rahm Emanuel created a task force to study a minimum wage hike and make recommendations earlier this month.

Chicago Alderman Ricardo Munoz, a co-sponsor of the wage hike legislation, which is separate from the mayor’s initiative, told Fortune that the increase introduced on Wednesday would be a boost for workers and for small businesses. “When you give low and moderate wage earners a raise, they’re not going to stash it in their mattress or invest it in the stock exchange. They’re gong to spend it at the local grocery story and the local shoe store,” he said.

MORE: Why surfing the Web could become as dreadful as flying economy class

It takes much more than $8.25 an hour to reach that point. “We always go back to the question of what does it take to live in the city. If you look at the federal government’s own definition, a family of four earning less than $18,000 is in poverty. We should at least set the minimum wage at a level to get people out of poverty,” Munoz said.

Fifteen dollars is, apparently, the magic number, and Chicago’s not the only city that thinks so.

Earlier this month, Seattle Mayor Ed Murray announced an agreement between business and labor representatives to raise the city’s minimum wage to $15 over the next five to seven years.

In San Francisco, there’s an ongoing push by the Service Employees International Union to get a minimum wage hike to $15 an hour on the ballot in November.

After New York Governor Andrew Cuomo rejected Mayor Bill de Blasio’s proposal to allow New York City to set its own minimum wage, Democratic legislators from the city introduced an alternative: a $15 an hour “fair wage” for workers at large corporations like McDonald’s and Wal-Mart.

And a January proposal in Los Angeles to increase the minimum wage for workers in large hotels to $15.37 has sparked debate over instituting a citywide hike.

It’s unlikely these cities have all arrived at $15 by coincidence.

“On one level, politically, this $15 emerged from the fast-food worker campaign,” says Paul Sonn, general counsel of the National Employment Law Project. The Fight For 15 movement, in which fast-food industry employees have demanded raises, better benefits, and the right to unionize, has gained traction worldwide.

But there’s also some economic evidence to back up the $15 figure. Late last year, Richard Florida, director of the Martin Prosperity Institute at the University of Toronto and global research professor at New York University, wrote that, to make a real difference in the purchasing power of low-wage workers, they had to earn about 50-60% of the median income for their geographic region. For some of the country’s major metropolitan areas, that translates to a minimum wage of around $15. In New York, 60% of the median wage is $15.48; in Seattle, it’s $15.29; and in San Francisco, it’s $16.73.

“The conversation about whether low and moderate wage earners should be making more is shifting,” Munoz said. “What happened in Seattle was a bellwether, and we’re looking to become part of the trend.”