What Apple’s iWatch will and won’t be 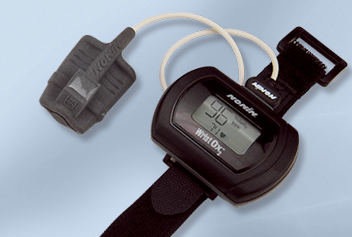 As if WWDC didn’t give the Apple (AAPL) bloggers enough to write about, Friday brought a fresh round of rumors about what everybody is calling the iWatch.

By Saturday, Techmeme had collected 68 stories on the topic. You can ignore 65 of them. They’re all based on the same three sources:

1. Nikkei Asian Review‘s Yuichiro Kanematsu, who reported Friday, citing an unnamed parts manufacturer, that the device will likely use a curved touchscreen, read e-mail and collect such health-related data as calorie consumption, sleep activity, blood glucose and blood oxygen levels. “It is expected to hit the market in October,” he wrote, citing no source whatsoever, adding that Apple has ordered up enough parts to build 3-5 million a month.

2. Re/Code‘s John Paczkowski, citing people familiar with Apple’s plans, gave weak support to the October date. His guys are saying that Apple “hopes to schedule a special event that month.” Then Paczkowski added a caveat: “Could things change between now and fall? That’s certainly possible.” “Whatever Nikkei said about the iWatch earlier today, I don’t care,” tweeted Stefan Constantine, who apparently missed the caveat. “When @JohnPaczkowski says October, it’s October.”

3. Cantor Fitzgerald‘s Brian White, citing one unnamed tech supply chain company, told clients Friday that he expects the watch to be unveiled in September, not October, and only as a companion to an iPhone 6. “Initial production of certain ‘iWatch’ components is scheduled to begin later this month and there are plans for a sharp acceleration into fall,” he wrote, adding that he expects several versions with a starting price in the $199-229 range.

Where there’s this much smoke, there’s probably some fire. I have nothing to add in terms of timing, price or production, but I’ve been watching this story long enough to get some sense of what we’re likely to see and what we’re not.

—  Whatever it is, it’s not going to look the contraption pictured above: a pulse oximeter that plugs into an oversize watch. Apple’s solution will be elegant and wireless.
—  Apple will not be manufacturing pulse oximeters, glucose sticks, blood pressure monitors or any of those periperals. Apple needs partners, not competitors.
— The primary market will be hospitals, not health clubs. The killer app is more likely to be one that warns a patient — and his doctor — that he’s about to have a heart attack.

“The whole sensor field is going to explode,” Tim Cook said last year. Apple telegraphed its plans at Monday’s WWDC keynote when it unveiled HealthKit and announced a partnership with the Mayo Clinic, which is already using remote sensors to track their patients’ vital signs after they leave the hospital.

— Apple’s iWatch: The killer apps may be in hospitals, not health clubs

— Look who Apple is hiring