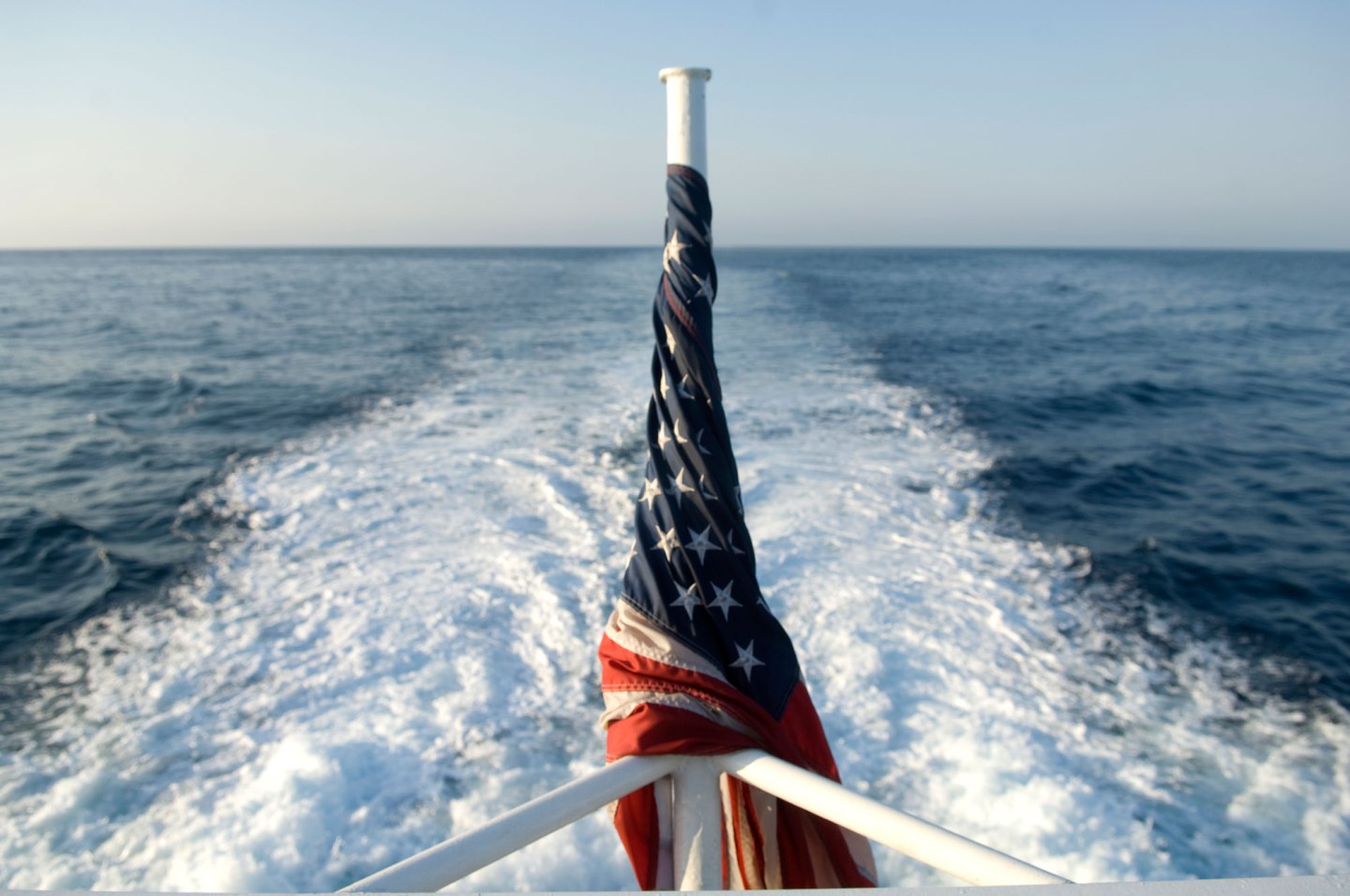 About two dozen U.S. companies ranging from Sara Lee (HSH) to Liberty Global have quietly moved their headquarters out of the U.S. to places like Ireland and Canada and England since 2008 in search of lower corporate income taxes. But few people other than tax techies noticed.

But now, thanks to the high-profile attempt launched in April by Pfizer (PFE) to buy British-based AstraZeneca and cut its taxes by turning itself into a British company with headquarters in New York, so-called tax inversions have gotten a lot of attention. As well they should.

Even though Pfizer’s bid for AZ has been withdrawn — at least for now — the problem of runaway, nominally American companies is still with us. And is likely to surface again when some other giant company actually does what Pfizer (which withdrew its AZ bid last Monday) was proposing to do.

But rather than shriek and point fingers, the way tax questions are usually dealt with these days, let’s step back and ask two fundamental questions.

First, what is an American company? Second, can we and should we stop U.S.-based companies from continuing to benefit from what our country has to offer — things such as our financial markets, legal system, intellectual infrastructure, and abundance of great places for employees to live — without their paying full freight? It’s letting them eat their cake, and have it too.

The fact that a huge company like Pfizer is even thinking of moving offshore shows how much the barriers to companies seeking lower-tax domiciles while continuing to call themselves American have fallen.

The point of playing the inversion game, of course, is “shareholder value” — a Wall Street euphemism for stock price. For a giant pharma firm like Pfizer, financial engineering, mass employee firings, and cutting taxes are a quicker and simpler way to higher profits — and presumably to higher stock prices and higher pay for top execs — than pouring money into research trying to find another Viagra.

Until about four years ago, there was a major downside for big companies thinking of leaving the U.S.: a whack in their stock price. That’s because companies that left the U.S. got thrown out of the Standard & Poor’s 500 index. From 2002 through 2009, S&P tossed nine companies off the 500 when they moved offshore.

That hurt their share price, because index investors, who own about 10% of the stock of S&P 500 companies, had to dump their shares of the ousted firms.

However, in 2010, S&P reversed course, and ultimately added back eight of the ousted firms to its 500.

David Blitzer, chairman of the index committee of S&P Dow Jones Indices, says his firm was catching heat from companies that had been tossed out of its indexes, and from investors who wanted their index investments to include those companies.

So now all it takes for a company to be in the S&P 500 — or to be one of the 30 Dow Industrials — is to trade on a U.S. market, have a plurality of its business in the U.S., and be considered a U.S. filer by the SEC. In other words, if Pfizer reincorporates in England or elsewhere, not only will it remain in the S&P 500, but it will also become the first Dow Industrial to be domiciled overseas.

This brings us to the IRS and Congress, which have been trying to stem this exodus, which began in the 1990s. It’s a competition that tax avoiders have been winning.

Initially, companies like Helen of Troy (HELE), a Texas-based beauty-supply firm that was an inversion pioneer in 1994, would move offshore by forming a new company based in a tax haven like Bermuda. The Bermuda company would then swap its shares for all the shares of the U.S. company. These inverted firms continued to call themselves American, but paid lower taxes than if they were based in the U.S.

Congress put a stop to that game — or so it thought — by sticking a provision into the American Jobs Creation Act of 2004 requiring that companies moving offshore do deals in which foreign shareholders own at least 20% of the combined company, and that the combined company do substantial business in its new country. That stopped the exodus cold.

But in the past few years, as the world has become more global and other countries have cut their corporate rates, a new exodus wave has started. “For the past 20 years, there’s been an arms race between the companies on the one hand and the IRS and Congress on the other, and the companies always seem to come up with better weapons,” says tax expert Bob Willens.

Last month, while Pfizer’s bid for AZ was still alive, Sen. Carl Levin (D-Mich.) and his brother, Rep. Sandy Levin (D-Mich.), proposed a change in the inversion rules — Carl Levin for two years, Sandy Levin permanently. Under their proposal, a company couldn’t move offshore by taking over a foreign company unless the foreign holders own a majority of the new company and the company gets new management.

According to an estimate by the staff of Congress’ Joint Committee on Taxation, Carl Levin’s proposal would generate about $800 million of revenue over the next 10 years. By contrast, Sandy Levin’s proposal would generate $19.5 billion. Absent a change, the JCT projects steady year-by-year increases in tax revenue lost to inversions. A chilling thought.

The Levin proposals probably never had much chance of becoming law. Now that Pfizer has withdrawn its AZ offer, they’ve got almost none. So why bother? “We’re laying the groundwork to stop inversions,” Sandy Levin told me. “What Pfizer did was like setting a spark in dry wood … (and) there’s going to be another Pfizer.”

Now that the pressure to act immediately to forestall Pfizer is gone, I’d like to see Congress take a sober, non-panicky look at corporate taxes, and try to make our system both competitive and fair. Among other things, it would be nice to have companies disclose how much they pay in U.S. income taxes for a given year, something I’ve proposed several times (such as here), to no avail. That would give us some idea of what individual companies actually pay. But neither the Financial Accounting Standards Board nor the SEC seems to have any interest in doing this.

Pfizer wouldn’t discuss how much it would save in U.S. taxes if it went offshore. Dave Zion, head of accounting and tax research at ISI Group, a New York brokerage house, says that inverting simplifies some of the complex things companies like Pfizer now have to do to deal with dividends and royalties generated by their overseas activities, and makes it easier to siphon earnings out of the U.S. into low-tax or no-tax countries.

Zion thinks that if serious corporate tax reform somehow gets done, companies that have inverted would have problems playing some of these games, and as a result the tax benefits of an inversion might not be sustainable. That would be both economic justice and poetic justice.

I may be deluding myself, but I see some signs of hope. In his Tax Reform Act of 2014, which I discussed recently, Ways & Means Committee Chair Rep. Dave Camp (R-Mich) didn’t address inversions directly. Rather, he proposed changes that would make inversions less profitable and more difficult. Senate Finance Committee Chairman Ron Wyden (D-Oregon) is saying similar things. Maybe Camp and Wyden will surprise us by getting something done. After all, miracles do happen.

The one institution that still hews to the simple and obvious definition of American, I’m glad to say, is the Fortune 500. Since 2000, the Fortune 500 has evicted eight companies that reincorporated in other countries, and will eject Pfizer in 2015 if it moves to England, which isn’t beyond the realm of possibility. Ditto for Walgreen (WAG) if it moves. “The Fortune 500 is a list of U.S. companies, defined as companies incorporated and operating in the U.S.,” says Mike Cacace, Fortune’s senior editor for lists.

I’m proud of my colleagues at the Fortune 500 for keeping the faith. Too bad other players don’t.

A shorter version of this story appeared in the June 16, 2014 issue of  Fortune.

–An earlier version of this story incorrectly referred to Liberty Global as Liberty Media.