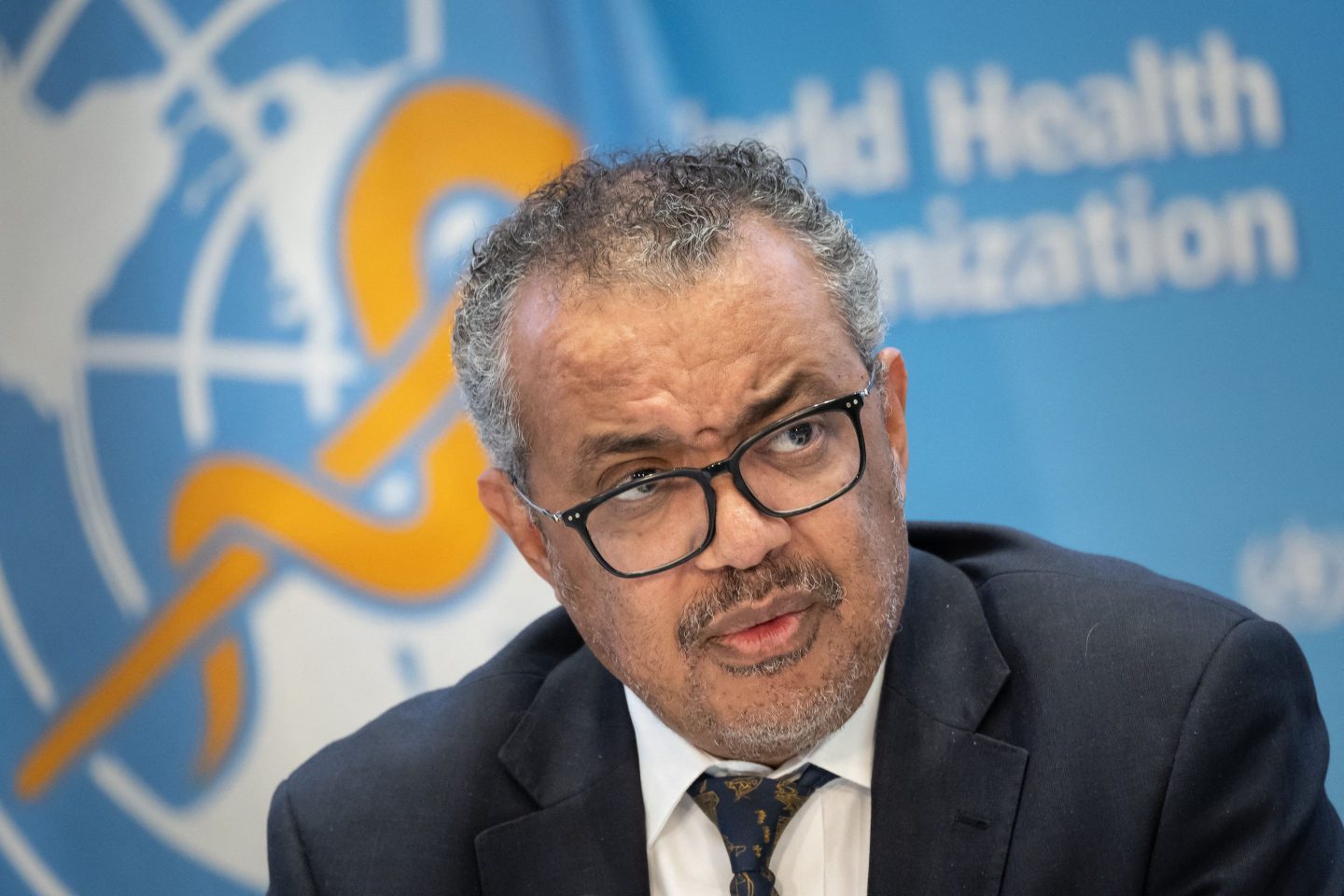 The head of the World Health Organization is “very concerned” about the rising number of global COVID deaths, he said Tuesday—mere days before a committee meets on whether to end or extend the global public health emergency.

Global COVID deaths have been increasing since December, Director General Tedros Adhanom Ghebreyesus said at a news conference, adding that in the past eight weeks, 170,000 people have died due to the virus.

“That’s just reported deaths,” he said. “The actual number of deaths is much higher.”

The global public health organization’s emergency committee will meet Friday to vote on whether to end the organization’s COVID emergency status after three years. Ghebreyesus said he would “not preempt” the committee but remains “very concerned by the situation in many countries and the rising number of deaths.”

“While clearly we’re in better shape than we were three years ago when the pandemic hit, the global collective response is once again under strain,” said Ghebreyesus, who will make the final decision after receiving recommendations from the committee.

Factors causing strain include the fact that too few are vaccinated and boosted and too few have access to antivirals, in addition to the fragility of a health care systems dealing with other threats like the flu and RSV. Also contributing is a “torrent of pseudoscience and misinformation,” he added.

“My message is clear: Do not underestimate this virus,” he said. “It has, and will continue, to surprise us, and it will continue to kill unless we do more.”

Dr. Jay Varma, chief medical adviser at the New York-based think tank Kroll Institute, told Fortune that the WHO should extend the global public health emergency for two reasons: rapid mutation of the virus, which raises the risk of the evolution of a new concerning variant, and the outbreak in China, the worst the world has seen so far.

“One of the largest countries on earth, China, is in the middle of a large, disruptive, and lethal COVID-19 outbreak and remains at high risk of similarly disruptive surges in the future due to under-vaccination,” said Varma, whose 20-year career with the CDC included postings in in the Eastern superpower.

In mid-December, Ghebreyesus had said he was hopeful that the global public health emergency would end in 2023. At the time, global weekly deaths sat at 10,000, a fifth of what they were during Omicron’s peak in January 2022.

“That’s still 10,000 too many, and there is still a lot countries can do to save lives, but we have come a long way,” he said at the time.

Reported COVID deaths sit at 53,000 for mid-December through mid-January—an increase of 20% over the same period a month ago, the WHO said in a Jan. 19 epidemiological update. The total does not include the nearly 60,000 COVID deaths reported by China over a similar period, as the WHO is awaiting additional details on them, the report stated. Global reported deaths for the pandemic total 6.7 million.

Reported deaths have been rising in the Americas and Europe, as well as the Western Pacific and Eastern Mediterranean regions, over the past month. Reported deaths fell by 76% in Africa and 56% in South-East Asia over the same period, according to the report.

The definition of an international emergency

Once a potential emergency is reported to the WHO by a member state, the organization convenes an emergency committee of international experts to make a recommendation to the WHO director general as to whether it constitutes a PHEIC.

The final decision, however, is up to the director general. In July, Ghebreyesus declared an international public health emergency for mpox—the new name for monkeypox recommended by the organization last fall to reduce stigma—when the committee twice failed to meet a consensus, saying criteria in international health regulations compelled him to do so.

Emergency committees also provide advice on whether to terminate PHEICs, which must be reviewed every three months. WHO global public health emergencies currently exist for COVID, polio, and mpox. Emergency committees have been called seven additional times in the past for diseases including Ebola (three times), H1N1, and MERS. They can also be called for chemical agents and radioactive materials, as well as bacterial diseases.

The purpose in declaring a PHEIC is to facilitate international coordination on diagnostics, treatments, and/or vaccines. But critics say that such declarations can place economic burdens on affected countries, especially if they result in travel and trade restrictions.