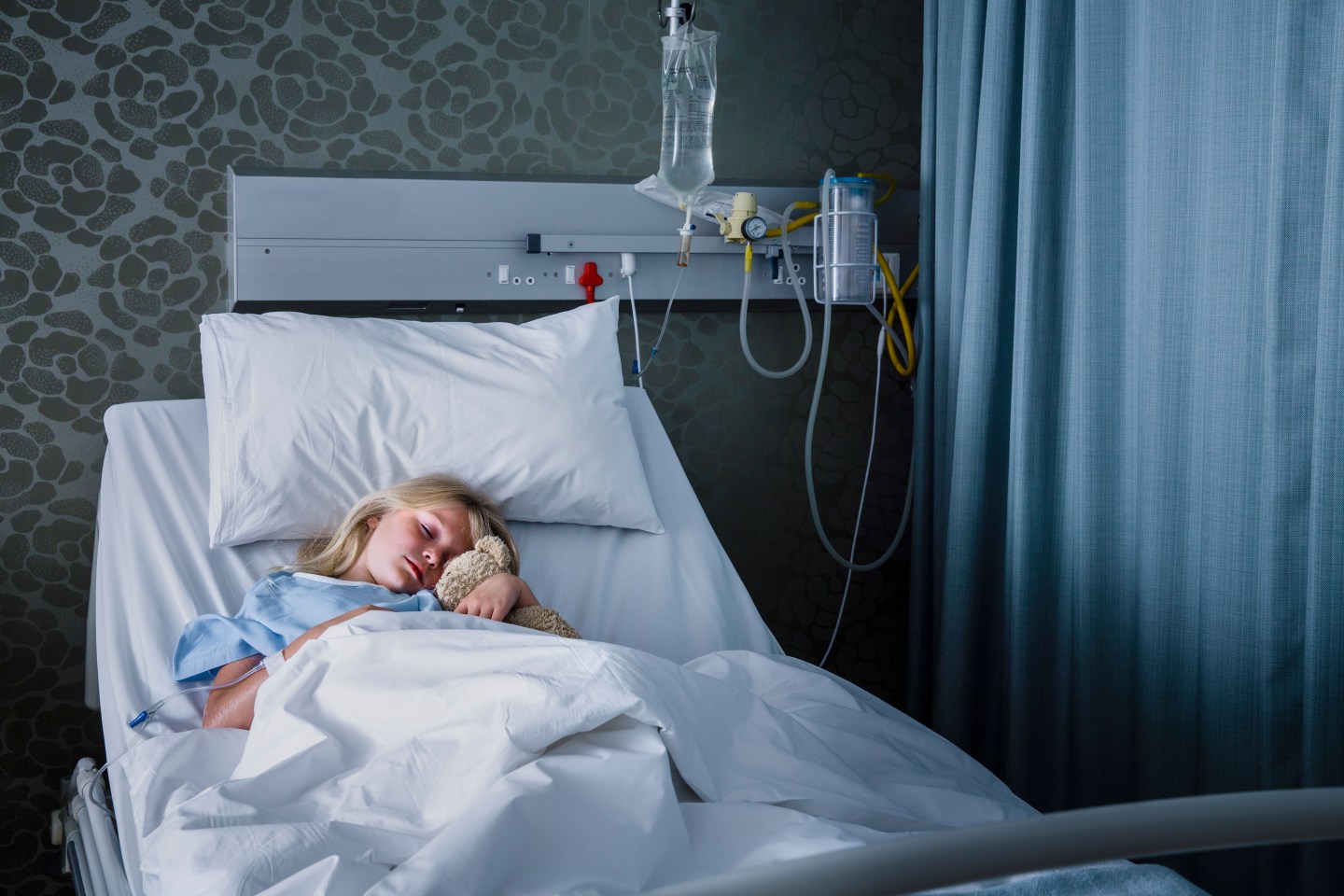 Europe is seeing a concerning number of severe strep A cases and deaths, the World Health Organization said Thursday, warning other countries to be on the lookout for a similar pattern.
Portra/Getty Images

Europe is seeing a concerning number of severe strep A cases and deaths, the World Health Organization said Thursday, warning other countries to be on the lookout for a similar pattern.

The U.S. Centers for Disease Control and Prevention is also looking into a “possible increase” in such cases among children, according to the agency’s website.

A higher than usual number of invasive strep A cases—some leading to scarlet fever, and often in children under 10—has already been seen this season in France, Ireland, the Netherlands, Sweden, the U.K., and Northern Ireland, according to a situation report released Thursday by the WHO.

“An alert has been issued to other countries to be vigilant for a similar rise in cases and to report any unexpected increased national or regional incidence” to the international health agency, the report stated.

Strep A season may be off to an early start, the report noted.

RSV and flu are also off to early and severe starts this year, circulating at epidemic levels in the U.S. and abroad. Combined with the COVID pandemic, public health experts are calling the phenomenon a “tripledemic.” But there are more than three pathogens circulating at increased levels this fall. Influenza-like illnesses like rhinovirus and enterovirus, in addition to strep A, are among those being seen more frequently.

Respiratory viruses can lead to a coinfection with strep A, according to the WHO. So, an uptick in such viruses like the one we’re seeing now could lead to an uptick in strep A cases.

Group A streptococcal infections usually lead to mild illness like tonsillitis, pharyngitis, impetigo, and cellulitis. But when strep A, a bacteria, infects areas of the body that are usually sterile—like blood, deep muscles, fat, and the lungs—it can cause more severe invasive strep A illnesses, including necrotizing fasciitis, streptococcal toxic shock syndrome, and post-immune mediated diseases like acute rheumatic fever and rheumatic heart disease.

The risk posed by invasive strep A to the general public is estimated to be low “at present,” the WHO said Thursday.

In some countries, the uptick in invasive strep A infections has occurred since the spring but has become worse this fall, according to the WHO.

In Ireland, 23 cases have been reported since October, compared with 11 cases in 2019, before the pandemic. In the Netherlands, cases began increasing in March, and some patients have also had coinfections with respiratory viruses and varicella zoster, a herpesvirus that can cause chicken pox and shingles. And Sweden has seen 93 cases since October, compared with seven cases during the same span in 2018, and 10 cases during the same span in 2019, the agency noted.

England saw higher than usual levels of scarlet fever this summer, and is now reporting nearly four times as many scarlet fever patients as usual, with 4,622 cases reported in a recent six-week period. Scarlet fever outbreaks are being reported at day cares and schools, according to the UK Health Security Agency. The country had seen 13 related deaths this season as of Dec. 8, compared with four deaths during the same period in 2017 and 2018.

U.S. cases on the rise in some locations

Anecdotally, however, cases appear to be on the rise here.

Dr. Angela Myers, division of infectious diseases director at Children’s Mercy in Kansas City, Mo., told Fortune that her hospital is seeing an increase in invasive strep A infections this year—including a cluster of them over the past month or so.

“It’s unusual to see so many cases in such a short period of time,” she said. “Usually you might see a few invasive cases over the course of winter into early spring. They’re usually not so close together.”

During some bad influenza years—and this year qualifies, with epidemic levels of flu circulating in the U.S.—hospitals sometime see an increase in invasive strep A infections in patients who’ve had the flu, Myers said.

“There may be an association there,” she noted, adding that other factors could be at play. Some of her hospital’s recent invasive strep A patients reported having the flu lately; others did not.

Myers said invasive strep A infections are typically rare. She doesn’t want parents to worry, but she does want them to be vigilant.

“I do want them to be alerted, if their child looks more sick than they would have expected, given what would be a normal cold or influenza, to think, ‘Okay, maybe something else is going on here,’” she said.

Strep A infections are responsible for more than 500,000 deaths across the globe each year, according to the WHO. The bacteria is passed among people by close contact, including through coughs, sneezes, and touching wounds. Those with mild illness from strep A would typically stop being contagious 24 hours after the start of antibiotic treatment. The bacteria’s peak circulation usually occurs in the winter and early spring.

Some formulations of the go-to antibiotic amoxicillin are hard to come by this fall in the U.S., Canada, and parts of Europe, with recent shortages also reported in Ireland, Malaysia, Romania, and Australia. This is due, at least in part, to some health care providers prescribing it for patients with viral illnesses, assuming they have bacterial infections, experts say.

Amoxicillin, along with other penicillins, is the drug of choice for treating strep A infections. Especially in light of the surge in these cases, “the shortage is a problem,” Dr. Georges Benjamin, executive director of the American Public Health Association, told Fortune.

Alternatives like erythromycin, azithromycin, and some cephalosporins exist, he said, “so we have alternatives.”

“But clearly one would prefer to use a penicillin that is easy to administer with few side effects,” he added.