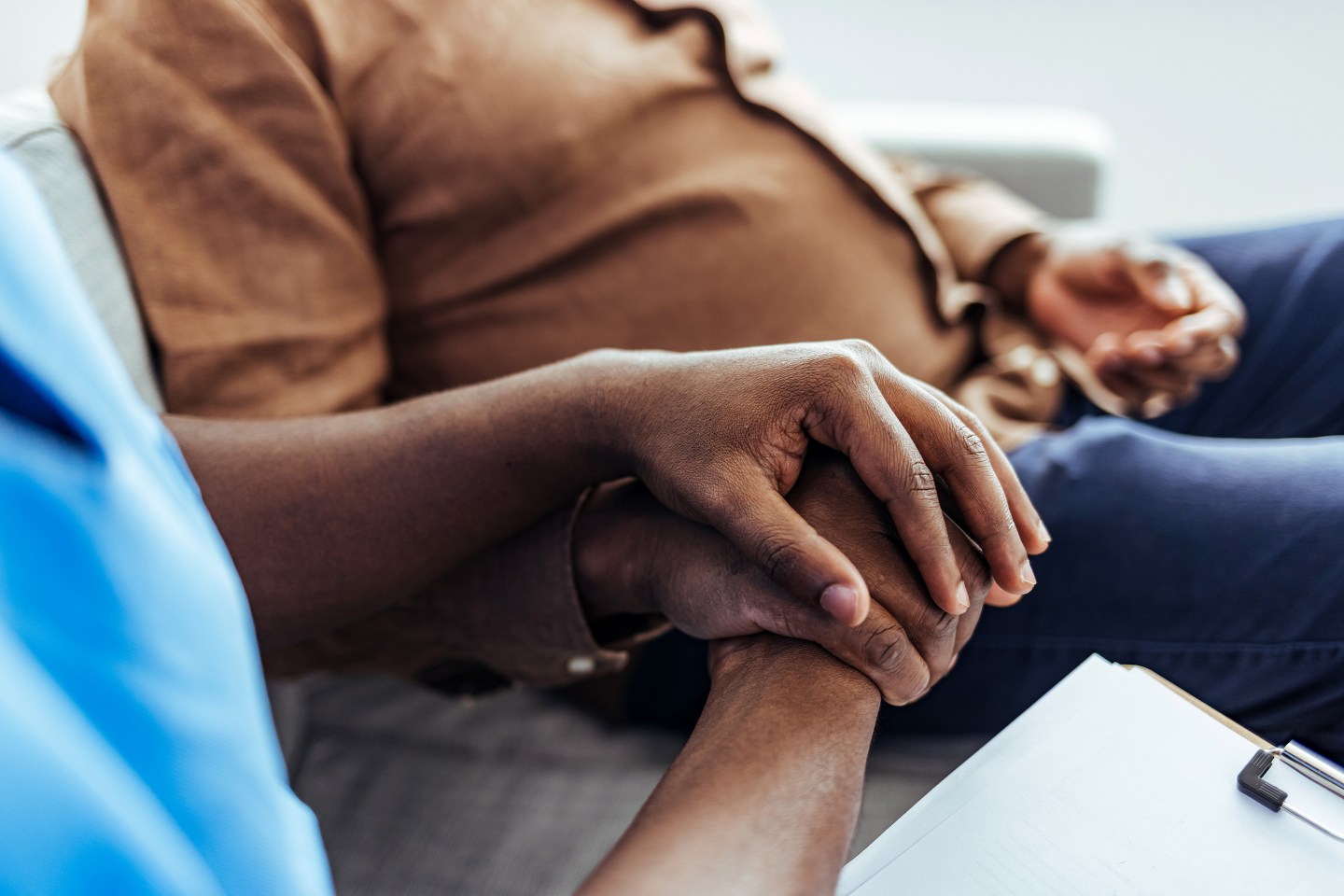 Dementia is generally under-recognized and underdiagnosed. A new study found that Black adults’ dementia odds were 81% higher than that of non-Hispanic white adults.
Getty Images

One in 10 adults age 65 and older have dementia, finds the first nationally representative study of the syndrome in 20 years. It highlighted the grim reality around the prevalence of dementia in the U.S.

The study further found a 22% prevalence of mild cognitive impairment (MCI) of those 65 and older, defined as early stage memory loss in between “normal aging and dementia.”

The research, published today in the Journal of the American Medical Association (JAMA) Neurology, analyzed the ubiquity of dementia by age, sex, race, ethnicity, and education of nearly 3,500 people 65 and over between June 2016 and October 2017. It examined cognitive assessments that tested for abilities such as memory, comprehension, and object naming, along with an in-person interview to determine whether the participants had dementia or MCI compared to a normative sample.

Dementia is generally under-recognized and underdiagnosed, especially among people who have less access to health care, Jennifer J. Manly, author of the study and professor of neuropsychology in neurology at the Gertrude H. Sergievsky Center and the Taub Institute for Research in Aging and Alzheimer’s Disease at Columbia University, tells Fortune.

While getting older increases the risk for having dementia, it is not a “normal” part of aging, according to the U.S. Centers for Disease Control and Prevention (CDC). Rather, it’s a debilitating condition that can make it difficult to think, remember, reason, and speak. Alzheimer’s causes between 60% and 80% of cases of dementia, making it the most common trigger of the disease. This new study’s findings mirror previous studies testing the prevalence of dementia in the overall population.

But past research on how common dementia is “largely focused on college-educated people who are racialized as white,” Manly says in a press release. “This study is representative of the population of older adults and includes groups that have been historically excluded from dementia research but are at higher risk of developing cognitive impairment because of structural racism and income inequality. If we’re interested in increasing brain health equity in later life, we need to know where we stand now and where to direct our resources.”

Dementia risk also decreased with each individual year of education attained among all adults, and Manly says this data can “set a marker for improvement in the future.”

Education, early detection, and prevention in the groups where dementia is most prevalent starts with a diverse sample of research, Dr. Manisha Parulekar, codirector of the Center for Memory Loss and Brain Health and director of the division of geriatrics at Hackensack University Medical Center, tells Fortune.

“A lot of these studies’ consent forms are in English, and if you’re not English-speaking you’re automatically excluded,” she says, adding that inclusive research leads to increased awareness on symptoms, medications, and lifestyle changes that can help slow the progression—something she is working on getting out to communities who have been widely left out of studies.

In a July interview with the University of Wisconsin’s Alzheimer’s Disease Research Center, Carl Hill, chief diversity, equity, and inclusion officer at the Alzheimer’s Association, underscores the importance of understanding the diversity among dementia and the risk factors (like high blood pressure, depression, and diabetes) that can disproportionately affect people throughout their lives.

“In some people, there is a genetic risk. In others, we’ve got to understand the life course perspective and that is the cumulative effects of stress over the life course, how that relates to coping behaviors that threaten their cardiovascular health,” he said, adding that can increase the risk for dementia.

The JAMA study also found that the prevalence of dementia grew substantially as people age, with 35% of those age 90 and over afflicted with it. As the 65-and-over cohort continues to grow, researchers point to the urgency in understanding the syndrome that unequally affects communities who haven’t been at the center of the research.

“We have a stratification of privilege that is reflected in our health, and we’ve seen that in COVID, and I think that we were seeing that in dementia and in cognitive impairment,” Manly says. “We have an obligation to really try to serve all of the experiences that people have, and that includes where they live, and who cares for them, and we need to advocate for that type of thing.”