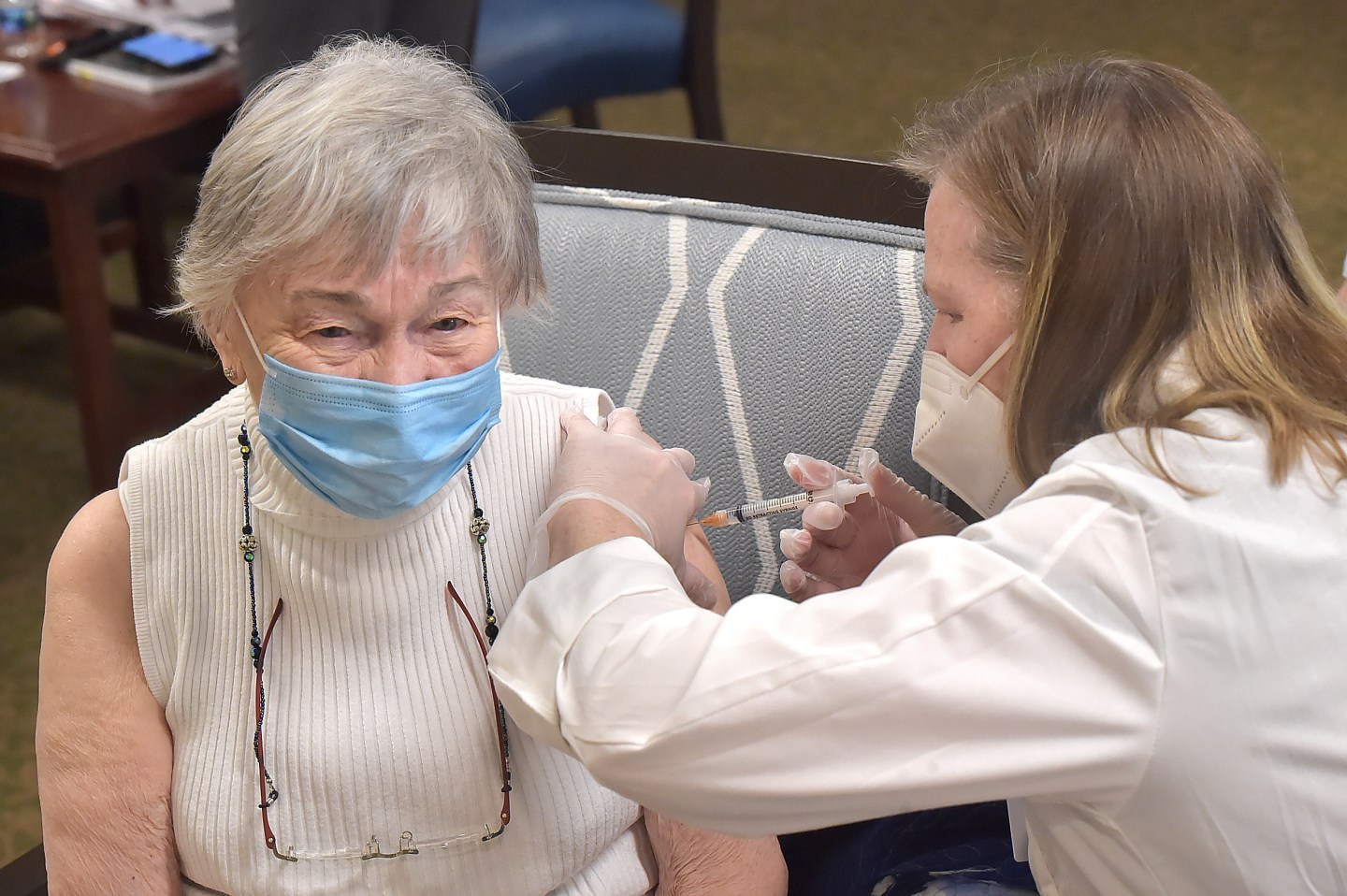 To get the new Omicron booster or not—it’s a life and death decision for American seniors, the White House’s COVID czar said Monday, encouraging those over 50 to get the updated jab ahead of an anticipated fall wave of cases.

“If you’re over 50—certainly if you’re over 65—you’ve got to go get these vaccines because it actually, literally could save your life,” said Dr. Ashish Jha, head of the White House COVID taskforce, according to CNBC.

The elderly have always been among those at higher risk for adverse outcomes from COVID, including severe illness, hospitalization, and death. Of the nearly 1.1 million American lives lost to the virus as of Oct. 1, more than 70% have been among those 65 and older, according to the Kaiser Family Foundation, citing data from the U.S. Centers for Disease Control and Prevention.

The U.S. approved new boosters targeting recent Omicron strains BA.4 and BA.5, which caused a global wave this summer, around Labor Day. But uptake has been anemic, with only 14.8 million Americans out of 330 million—or around 4%—receiving the fresh jabs so far. That compares with 225 million people who received the first round of the vaccine.

‘Nobody is willing to take the vaccine’

Everyone 5 and older is eligible for the booster if they’ve received their primary shots. But most Americans—more than two-thirds—have put off receiving the jab or don’t intend to at all, according to a Kaiser Family Foundation survey released in late September.

Experts say COVID fatigue, among other factors, has the previously vaccinated—now weary of jabs that protect against death but don’t prevent illness—joining the ranks of the vaccine-hesitant, as the pandemic lingers into its third year.

“Nobody is willing to take the vaccine,” Dr. Ali Mokdad, a professor at the University of Washington’s Institute for Health Metrics and Evaluation, recently told Fortune.

Many Americans got their initial COVID shots, then boosters. But they still got COVID, he said. “And they gave up. They said, ‘I’m not worried about this virus anymore,’ and they’ve moved on.”

Antibody immunity from vaccines or infection lasts only three to six months, experts say, meaning that even those who received multiple shots or who were infected multiple times may have little to no antibody protection this fall and winter if their last shot or infection was this spring or earlier. And even if people did contract COVID shortly after getting the vaccine, it was likely less severe, making it more than a simple binary option.

Nearly 40% of Americans ages 50 and older—and roughly 46% of Americans age 65 and older—have received a second booster dose, according to the CDC. But this statistic includes uptake of the older boosters, which were tuned to the original strain of the virus. Aside from the fact that antibody immunity wanes, the old shots are not expected to hold up as well to a coming wave of new Omicron spawn, if they hold up at all.

It’s unknown how well new Omicron boosters will hold up against coming variants.

A widely cited recent but not yet peer-reviewed paper by Yunlong Richard Cao, an assistant professor at Peking University’s Biomedical Pioneering Innovation Center in China, urges the rapid development of broader COVID vaccines that work against a broader swath of variants. That’s because new, widely spreading variants like XBB and BQ.1.1 have evaded the immunity provided by monoclonal antibody treatments, used to treat people who come down with serious cases of the virus.

Dr. Eric Topol, a professor of molecular medicine at Scripps Research and founder and director of the Scripps Research Translational Institute, doesn’t foresee the virus completely routing the vaccines because of the protection provided by T cells—the part of the immune system that softens the blow of infection, though it’s unable to prevent it.

But society has “already seen some dent” in protection against severe disease and death offered by shots, thanks to viral evolution, he recently told Fortune.