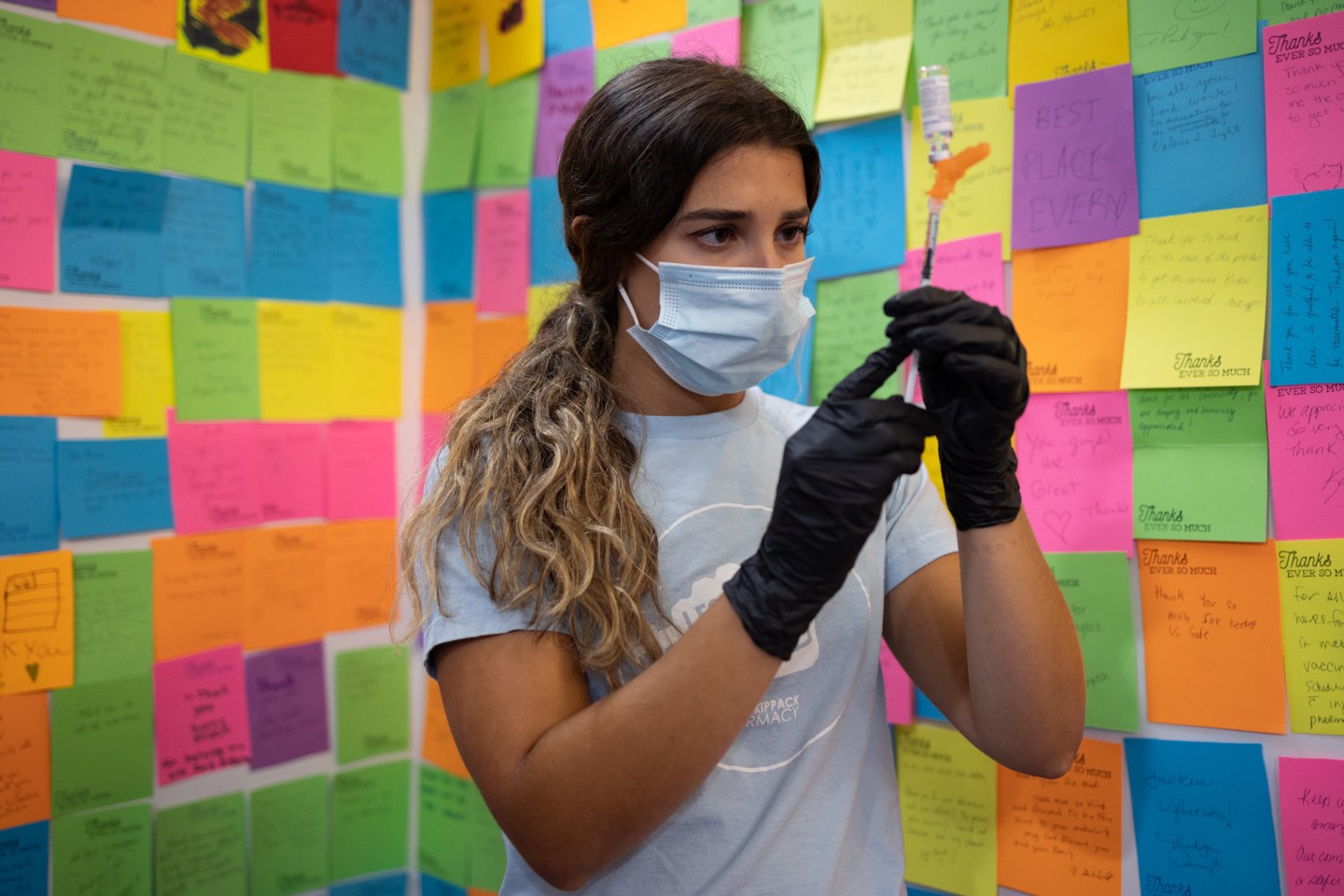 A healthcare worker prepares a dose of the Novavax COVID-19 vaccine at a pharmacy in Schwenksville, Penn., on Aug. 1. Novavax's protein-based COVID-19 vaccine received long-sought U.S. emergency-use authorization in July, but use is likely to be limited.
Hannah Beier, Bloomberg via Getty Images

The number who’ve been fully vaccinated with Novavax, the latest vaccine to receive approval from U.S. health officials: a mere 6,278.

The traditional protein-based vaccine, approved by U.S. health officials in July, was intended to win the hearts and minds of Americans who were hesitant to receive mRNA COVID vaccines Pfizer and Moderna, claiming that the technology was too new to be considered safe.

“For those waiting for a COVID-19 vaccine built on a different technology, now is the time to get vaccinated,” CDC Director Dr. Rochelle Walensky said this summer.

But for the 20% of Americans who remain unvaccinated, hesitancy about the safety of mRNA vaccine technology was likely just an excuse, experts say, as Novavax was formulated using the same technology as the flu vaccine—and uptake is still dismal.

However hesitant Americans are about Novavax, for whatever reasons, the situation is quite the opposite elsewhere. The vaccine has been approved in 38 other countries, including Australia, France, Ireland, Italy, Korea, and the U.K., according to the World Health Organization. And Japan and Australia have approved the vaccine for usage as a booster dose, according to the Journal of American Medical Association.

“It’s been attractive for a long time,” Dr. John Swartzberg, a professor at the Division of Infectious Diseases and Vaccinology at the University of California, Berekely’s School of Public Health, told Fortune, adding that the manufacturing issues delayed its U.S. debut.

“What excited some people about it is the fact that it’s very similar to a lot of vaccines produced in the past,” Swartzberg said. “Protein vaccines have been used for decades. For some people, that gives them a degree of comfort, based upon emotion and not science.”

But more data on the vaccine is needed to determine the length of protection it offers, as well as its performance against Omicron subvariants.

“I think it could be a better vaccine,” Osterholm said, though he cautioned that, in the early days of mRNA COVID vaccines, society had “unbridled expectations that ultimately didn’t pan out,” such as the vaccines preventing infection.

Like mRNA vaccines, Novavax protects against severe COVID outcomes like hospitalization and death. But it doesn’t prevent infection or transmission, according to Yale Medicine.

In the U.S., the two-dose shot series is approved for those 12 and older, with shots occurring three to eight weeks apart. Side effects are similar to mRNA COVID vaccines and include tenderness, pain, and/or swelling at the injection site, fatigue, muscle pain, joint pain, headache, nausea, vomiting, and/or fever, according to Yale Medicine. As is the case with mRNA COVID vaccines, myocarditis—a rare form of heart inflammation—has been reported, though rarely.

Dr. Bali Pulendran, professor of microbiology and immunology at Stanford University, told Fortune he isn’t sure why the U.S. hasn’t yet approved Novavax for use as a booster, giving those who’ve received a two-dose mRNA series another option, aside from newly approved Omicron mRNA vaccines.

The U.S. Food and Drug Administration didn’t immediately respond to Fortune’s question as to why the U.S. hasn’t approved the vaccine for use as a booster, though other countries have.

“It’s a terrific vaccine, and I do hope people get access to it if they wish to,” Pulendran said.