How to break up with a friend, according to TikTok’s biggest friendship coach 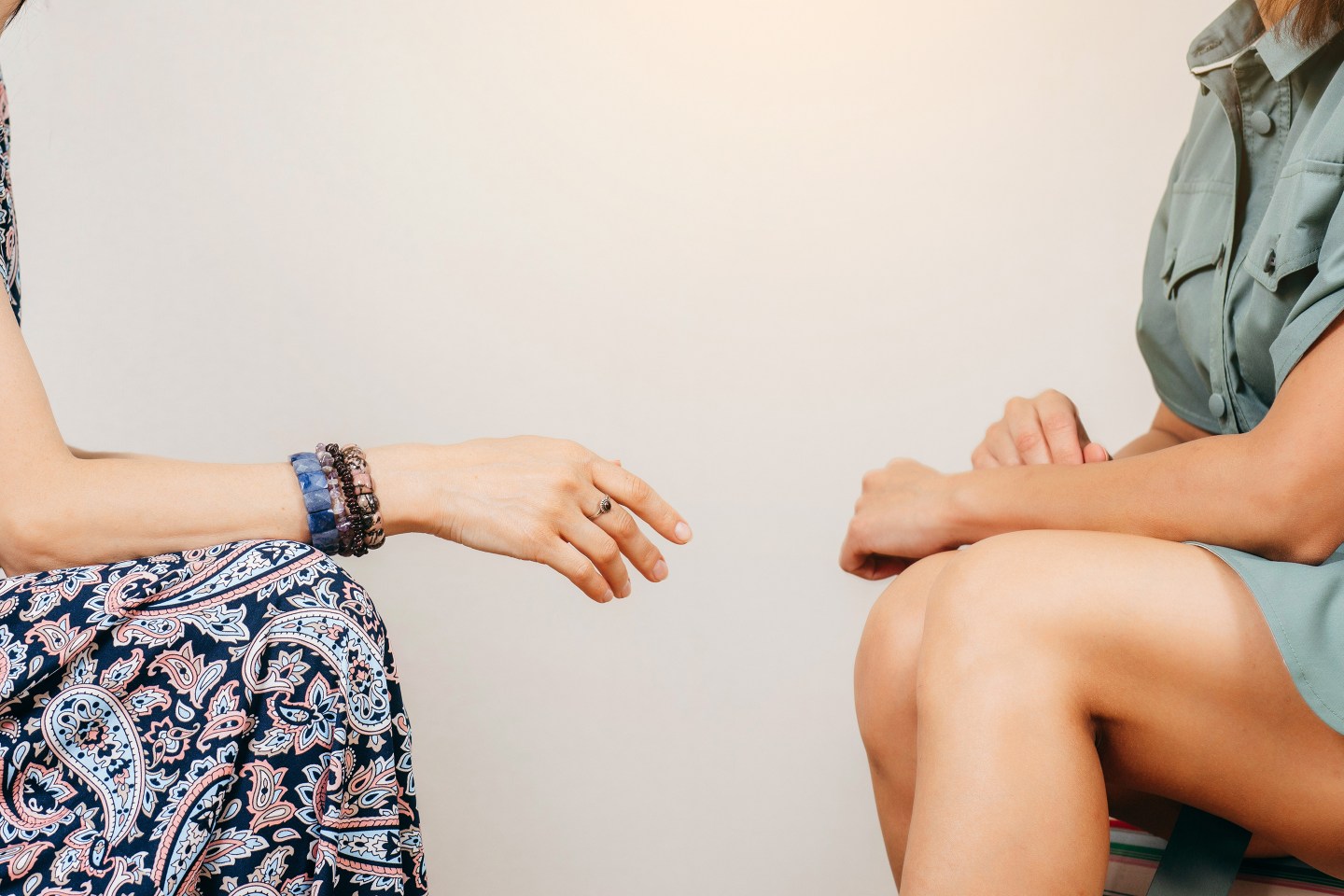 Breaking up with a friend is hard to do, but it doesn’t have to be dramatic.
Getty Images

When it comes to overall well-being and life satisfaction, your friends matter more than you think. In a study of more than 100 factors for depression, social connection was identified as the strongest protective factor. The news didn’t come as a shock to Danielle Bayard Jackson, friendship coach and author of the forthcoming book Fighting for Our Friendships. But as anyone who’s survived middle school can tell you, even the best friendships are complicated.

“It’s so tricky because everyone defines ‘friend’ differently and we’re all looking for different things in friendship,” explains Jackson. “We have different sets of expectations, and we don’t sit down to talk about them the way we might in romantic relationships. So we enter into the friendship under the assumption of ‘Well, we like each other, and that’s enough to carry us through,’ but there are so many discrepancies in expectations.”

Despite signing “BFFs 4ver” in our high school yearbooks, friendships are also fluid, which means we can flow in and out of them very easily and without defining the relationship, says Jackson. Although we typically enter romantic relationships with an understanding that there will be some conflict, that same awareness isn’t usually brought to friendships, where oftentimes people view conflict as a sign that they’re no longer compatible.

“We need to normalize conflict as part of friendship, just as much as we do in literally any other relationship dynamic,” she continues. “With your boss and your coworkers, you know you’re going to have bumps and bruises, but for some reason with friendship we have this fantasy that it’s supposed to be fun, recreational, and easy. And once it’s not, we take that as a sign the friendship is over.”

If you’ve been feeling some tension in your friendship and are wondering whether it’s time to call it quits, Jackson suggests you first approach the relationship from a place of curiosity as opposed to accusation. For example, if a friend is constantly late, we may assume that she doesn’t care instead of entertaining the idea that something else could be going on.

“Because they’re our friends and we’re so close, we assume we know everything about them. A lot of us don’t extend the benefit of the doubt to our friends,” she says. “How might things look different if you took on a lens of curiosity? Would you ask her more questions? You could say, ‘Hey, I noticed you’ve been late the last couple of times. What’s going on?’”

When approaching a friend, Jackson says it’s also important to focus on the impact of the behavior rather than the behavior itself. “It’s about, how can I playfully yet clearly announce where I identify a lack or a gap and highlight the impact of it so that they’re less likely to contest it? And then we can work collaboratively to figure out how to move forward,” she says.

If all else fails, it may be time for the dreaded friendship breakup, which can sometimes be worse than romantic ones (speaking from personal experience here). But that doesn’t necessarily mean it has to be dramatic.

Your first option, and perhaps the most common, is what Jackson dubs the friendship fade-out. “This is when you call a little less; they call a little less. We’re both extending invitations a little less, and we’re less enthusiastic about the exchanges we do have,” she explains. “There’s this mutual understanding that things have shifted.”

While that type of friendship breakup doesn’t require a long, drawn-out conversation (think almost every restaurant scene in the Real Housewives franchise), if you’re not on the same page, it could be time to have The Talk.

“As soon as one person is under the belief that you’re both good, but you’re not happy with that and don’t want to move forward in the same way, that requires a conversation just out of respect and dignity so this person isn’t under the wrong impression,” says Jackson.

Instead of focusing on your friend’s perceived inadequacies, Jackson advises focusing on what you are looking for and need out of the relationship. As for the actual conversation, she recommends choosing the medium that feels most appropriate to your relationship, whether that’s face-to-face, FaceTime, calling, or texting.

When it comes to what to say, Jackson suggests the following three-step formula:

Although it may be tempting to ghost your friend rather than confront conflict head-on, doing so only hurts both of you.

“It’s an act of generosity,” Jackson says of friendship breakups. “You don’t have to be mean. But if you don’t want to do it anymore, be kind to yourself and release yourself from spaces that are really difficult or, in some cases, toxic for you. It’s also a generous act for the other person, because you don’t want them in a friendship where the other person is dreading hanging out with them.”

Given that friendships evolve about every seven years, it’s only natural that some “friendship pruning” is likely to happen along the way, says Jackson.

“If you’re wondering if this relationship has expired, and it feels like a lot of unnecessary work and it’s not fulfilling, who said you have to accumulate every friend along the way for the rest of your life?” she says. “You only have so much time and energy. At some point, you have to be strategic about how and who you show up with.”