Signs you’re suffering from social exhaustion—and 5 tips to beat it, according to psychologists 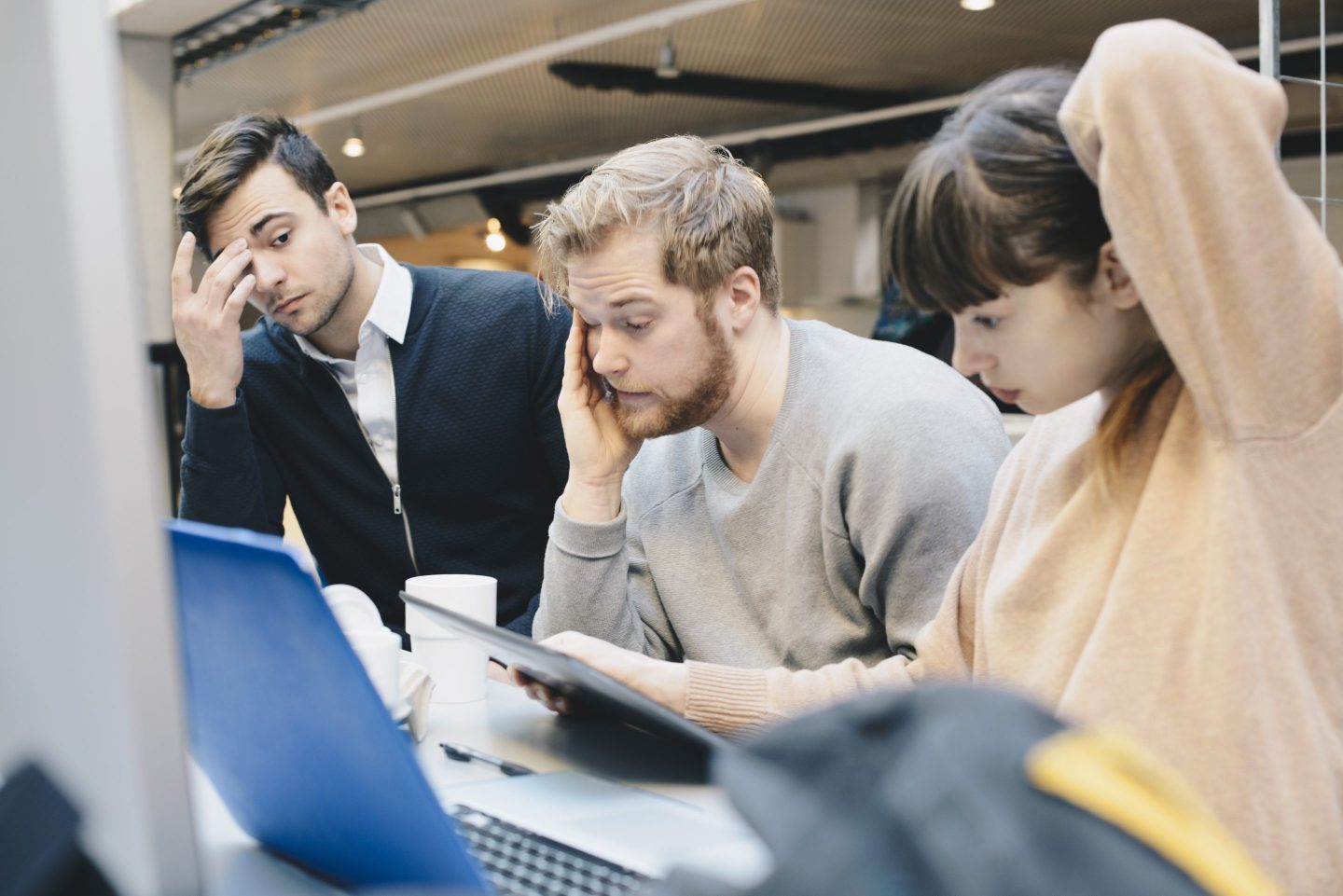 Social exhaustion generally refers to feeling run-down and overstimulated after spending time with others.
Getty Images

Now that Labor Day has come and gone, for many U.S. workers it’s time to pack up the WFH setup and head back to the office.

Microsoft’s Work Trend Index, published in March, found that about 50% of leaders already require or will require their employees to return to in-person work five days a week within the next year. At the same time, one in three workers say that returning to the office has negatively impacted their mental health. After more than two years of soft pants, Zoom meetings, and virtual one-on-ones, returning to the office may be somewhat of a shock to the system. If you’re just back to in-person work and already feeling cranky, exhausted, and in need of some alone time, you may be experiencing social exhaustion, according to psychologists.

What is social exhaustion?

In many ways, social exhaustion is hard to define: While it’s not a term that’s recognized by the American Psychological Association (APA), it generally refers to feeling run-down and overstimulated after spending time with others. It manifests differently for everyone, varies based on how extroverted or introverted you are, and even changes at different life stages, says Cynthia Fox, LMFT, a therapist who specializes in career counseling.

That said, there are a few signs that may indicate you’re falling prey to social burnout. “What I would say is, if you are noticing signs of irritability, you’re feeling a little bit more impatient, or if you’re no longer finding joy in those social engagements that you used to find joy in, those are signs that you may be having social exhaustion,” says Camille Tenerife, a Los Angeles–based therapist who works with the BIPOC community.

In other words: Social exhaustion stemming from work can create ripples in all areas of your life. So as you’re returning to your morning commute, desk, and coworkers, make sure you have a few therapist-approved self-care tricks up your sleeve for those in-office days.

1. Set realistic social expectations for yourself

Before you return to the office, give yourself permission to treat right now as a time of transition. “I think people expect to have the same energy to do the things that they did before they went back to work. Then they feel like a failure that they can’t also do their French class and pick their kids up after work and do a nine to five,” says Fox. “This expectation starts a pattern of failure.”

Instead, give yourself permission to let one or more things go as you reacclimate to work: Maybe you hire a babysitter to pick up your child from school, skip happy hour with your friends, or put those French lessons on hold for now.

2. Carve out time on your calendar to unwind

“Just as much as you block out the meetings and the one-on-ones, also block out time to decompress in your calendar if work allows you to. Or make time outside of work,” says Tenerife. Use that time in your calendar to take a walk, meditate, or drink a coffee.

3. Recognize social exhaustion at work—and do one small self-care ritual

Let’s set the scene: It’s the middle of the workday, and you just wrapped up your fifth meeting. You’re feeling agitated, overwhelmed, and in need of some “me time.” In moments like these, Fox is a big fan of a bathroom break.

“There’s power in a simple bathroom break and just taking that moment to yourself,” says Fox. “Splash some cold water on your face to wake you up a little bit. Get some blood circulating.” If chilling in the bathroom isn’t your thing, drink a cup of tea and listen to five minutes of calming music. Do your best to do something for yourself before heading into the next meeting—even if you only have 10 minutes.

4. Communicate with your loved ones about why you’re setting social boundaries

Looking after your social battery right now may mean pulling back from some of your friendships or delegating some parenting tasks to your partner. To ensure no feelings are hurt along the way, Fox recommends clearly communicating your social needs to the people around you.

“Say, ‘During this time, I might not be as available as I normally am, and I ask that you have as much patience as you can with me. Hopefully after a week or a month, I’ll be more available.’ That way they’re not shocked,” says Fox.

5. Be kind to yourself

Both Fox and Tenerife stress that self-kindness is crucial at this moment. Try not to beat yourself up for putting a few relationships on the back burner or going to bed an hour earlier. “Stop being so hard on yourself. Let yourself have seasons,” says Fox.