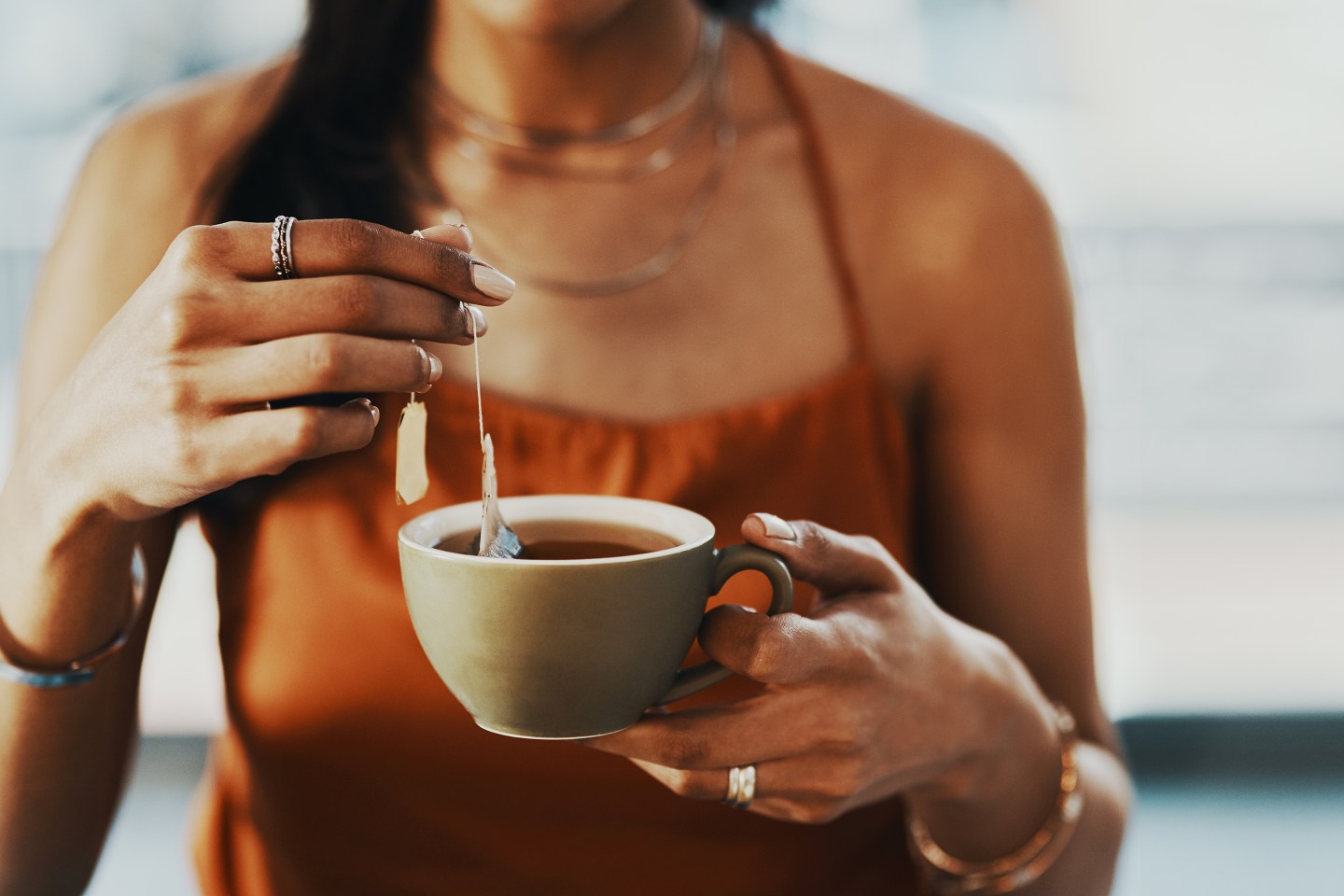 If you drink tea—even up to 10 cups a day—new research suggests you may live longer.

Drinking two or more cups of black tea daily is associated with a moderately lower risk of dying, according to new research published Monday in the Annals of Internal Medicine.

The study—which gathered data from the UK Biobank, a database housing genetic and health research—analyzed the tea-drinking habits of roughly half a million men and women between the ages of 40 and 69 from 2006 to 2010.

Previous studies of the potential effects of black tea have been inconsistent owing to low consumption in the populations studied, said Maki Inoue-Choi, author of the study and staff scientist in the division of cancer epidemiology and genetics at the National Institutes of Health, in a press conference.

The overall U.K. population heavily consumes tea: 85% of those studied from the Biobank routinely drank tea, and of the tea drinkers, 89% drank black tea.

“These findings may offer reassurance to tea drinkers,” Inoue-Choi said. “We were able to assess the association in this population with high prevalence of black tea drinking in a wide range of consumption levels.”

Tea contains polyphenols, which can help reduce inflammation and oxidative stress, she said, which can lower risk for heart disease and other fatal health outcomes.

Factors such as how hot you like your tea, genetic differences associated with metabolism, and even whether you stir in milk and sugar, did not impact the results. Inoue-Choi said that people should still follow dietary guidelines for limiting sugar and saturated fats.

For routine coffee drinkers, you don’t need to swap your morning brew for tea. Seventy-eight percent of the people studied drank coffee, and researchers controlled for this, Inoue-Choi said.

“We still saw the similar association that higher tea intake was associated with lower mortality risk,” she noted.

So should you start drinking tea if you don’t already?

Inoue-Choi said her research findings are positive for current tea-drinkers but added that more studies in diverse populations are needed to make recommendations for non–tea-drinkers.

For those who already have a cup or even several in their day, Inoue-Choi said to “please enjoy your cup of tea.”