Your job or your caregiving responsibilities? This company doesn’t want you to have to choose 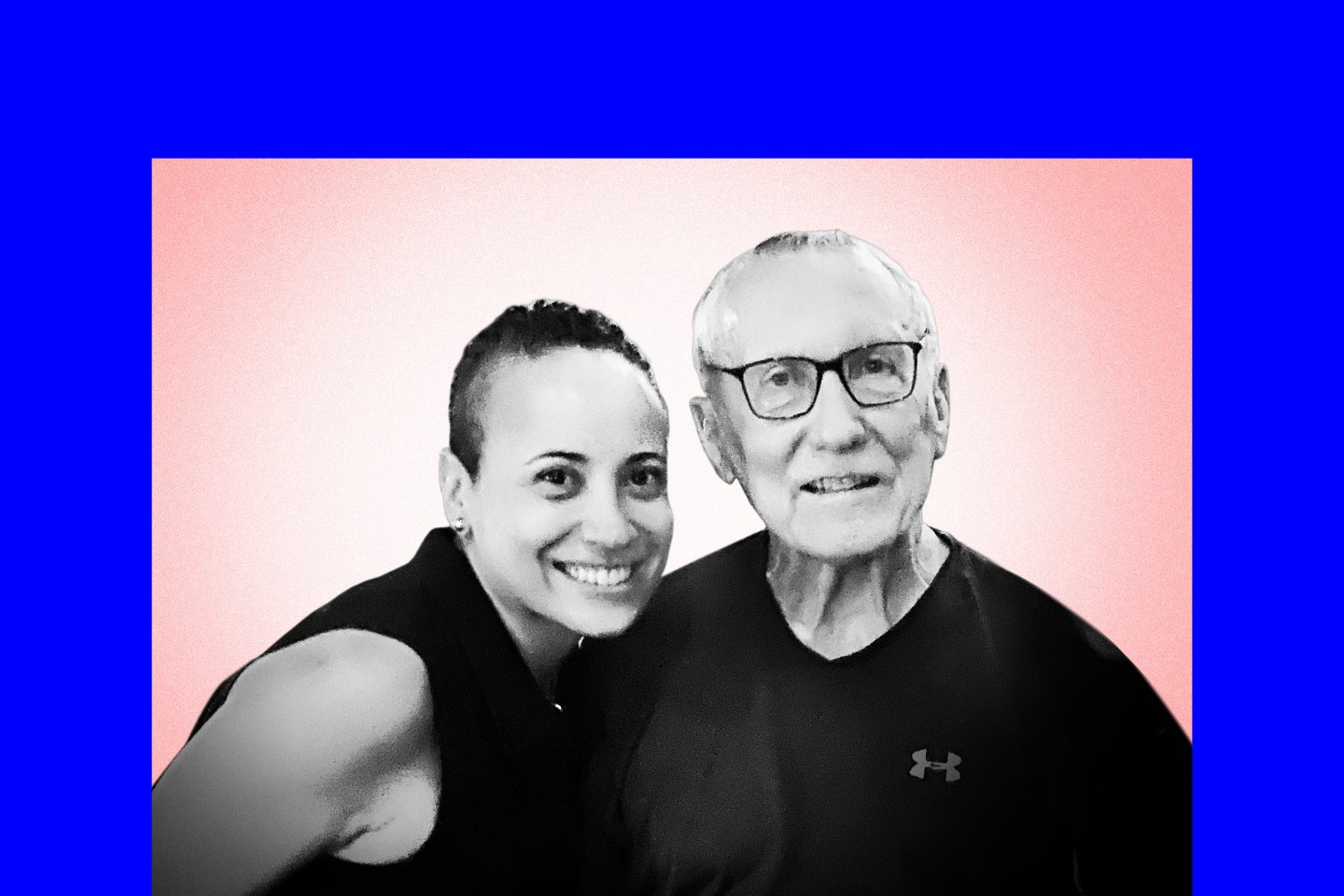 Adrienne Schneider was at the pinnacle of her career. She held a leadership position for an airline company, and was in the midst of starting her own company.

But in February 2020, her father’s health began to decline.

As an only child whose mother had died over 20 years before, she had no other choice but to care for her father full-time. She left her job in June of that year. Her father was diagnosed with ALS shortly after, and roughly a month later, put on a feeding tube making him dependent on others for all of his daily care. She was his full-time caregiver until he passed away in February 2021.

“My father really only really had me,” Schneider says. “It was progressing so quickly, I felt like I was racing against the machine that I couldn’t even see.”

For Schneider, it was only after she left her job that she realized how difficult it would have been to have dual responsibilities. She was working over 60 hours a week at her job, and her dad needed 24/7 care. Her employer did not offer benefits to help employees with caregiving assistance solutions, and leaving her job became the only way to provide the level of care her dad needed, something she hopes others in a similar position don’t have to do.

Caregivers need support so they can keep their jobs and be present for loved ones, and that support can start at the office, Schneider says, who is now on the board of directors for Family First, managing employee caregiving benefits, which allows workers to lean on an expert caregiver when they need it. This expert will help the employee manage options when it comes to an aging parent or a child with special needs. Family First is made free to all employees once it is implemented and it partners with a company’s benefits team to integrate emails, webinars, and resources into employees’ onboarding, giving them access to a mobile app and digital tools.

Family First’s assistance can help people locate and obtain a nurse for an individual, something that would have lightened Schneider’s load, she says. They can also help decipher insurance options.

“As important as it is to make sure you’ve got the right diagnosis and that the care is being done, there are just much bigger issues that have to do with all the family dynamics that relate to caregiving,” says Evan Falchuk, CEO of Family First, expanding on his own experience caring for his father while managing his mother’s expectations and emotions. “There’s no caregiving for dummies.”

Family First began offering benefit services in 2018 to companies, the majority being Fortune 500, serving over 1 million people across the nation. The caregiver’s support person has diverse expertise, something that helps with the wide array of caregiving needs people are currently facing. While the actual cost of care is through insurance and not the benefit, Family First hopes to make employees aware of their options and alleviate the stress that comes with being unprepared because caregivers say you don’t understand the toll it takes unless you’ve been there.

As the sole decision-maker on behalf of her father, Schneider helped turn her father’s home into a patient care center practically overnight and helped assemble five different machines for him. She did everything in her power to provide the correct care, as she unexpectedly became a full-time caretaker while also grappling with the emotional reality that her father’s health was bound to get worse.

As the U.S. population ages, more adult children serve as caretakers for their loved ones than ever before—many of whom already hold numerous titles, such as worker and parent.

According to estimates from the Urban Institute, 1 in 5 adults will be 65 or older by 2040, exacerbating the nation’s caregiving problem. The number of Americans providing unpaid care has increased from 43.5 million in 2015 to 53 million in 2020. In 2020, more Americans provided care for more than one person, and more cared for someone with Alzheimer’s disease or dementia as opposed to five years prior, according to the American Association for Retired People.

Today, more than half of Americans in their 40s are sandwiched between an aging parent and their children. Data from the Automatic Data Processing (ADP) found that workers are more stressed at work as compared to before the pandemic. This is largely because of the increasing number of workers becoming caregivers, says Kristen Appleman, senior vice president of ADP. Roughly seven in 10 (67%) workers say they experience stress at work at least once a week, up from 62% pre-pandemic. One in seven (15%) feels stressed every day, according to the report.

“While schedule and location flexibility is a benefit and policy that needs to be carefully examined by employers, workers also need the resources in place to obtain both ongoing and urgent care in a health and childcare system that is already strained,” says Appleman.

Like Schnieder, caregivers are forced to balance the health decisions, family dynamics, financial burdens and grief all in one.

Compared to 2015, more family caregivers rated their health as “fair to poor” in 2020, which experts say has grown due to the increasing caregiving problem from the pandemic coupled with remote work. In the pandemic, women were disproportionately pushed out of the workforce.

“It always falls on the women and that is something that nobody talks about,” says Pamela D. Wilson, a caregiving expert, highlighting the emotional and financial strain. “Women who have children take years out of the workforce, then they end up taking care of their elderly parents. Women shouldn’t be the ones who end up in nursing homes on Medicaid at the end of their life because there’s nobody to take care of them and they have no income.”

“This economic toll underscores why poverty in old age has such a distinctly female face,” says Jeffrey Lewis, President and CEO of Legacy Health Endowment in a statement.

This comes as 82.2% of people are concerned about losing their jobs because of their caregiving responsibilities, with 71.8% saying their responsibilities have impacted their own overall physical health according to the Legacy Health Endowment, which surveyed women caretakers. The caregiver is largely forgotten, experts tell Fortune.

Sara MacDonald, who also now works with Family First, was a single working mother and caregiver since her 20s. She describes it as simply as not knowing what she didn’t know—like how she had to call 50 transportation companies to figure out how to cover the cost for her son’s after-school program. She felt utterly unprepared for caring for her son who needed extra help and wasn’t developing like his peers. The out-of-pocket costs were astronomical and she felt like nothing was ever enough.

“I remember wishing I could split myself in half or have someone to count on,” MacDonald says. “You start to sacrifice your own sanity.”

For Schneider, she wishes she had been prepared and had the steps in place to deal with a situation far out of her expertise that would’ve let her continue working. In her role now, she can attest, companies lose talented people who may all of a sudden be seen as “low performers,” like “their heads aren’t in the game,” or as if they’re “slacking.” In reality, they are managing an enormous hidden task of caregiving that employers must take seriously now more than ever, she says.

“I had no idea that I was moving from one stressful full-time job to another,” Schneider says. “I felt like I had to be the perfect caregiver and learn how to manage my father’s care in the same fashion that I treated my job. My father often said that he didn’t know who he should worry about more, himself or me.”