Why Emerging Markets are a Screaming Buy

Stocks in the developing world are volatile but inexpensive.
BYShawn Tully
November 20, 2018, 11:30 AM UTC 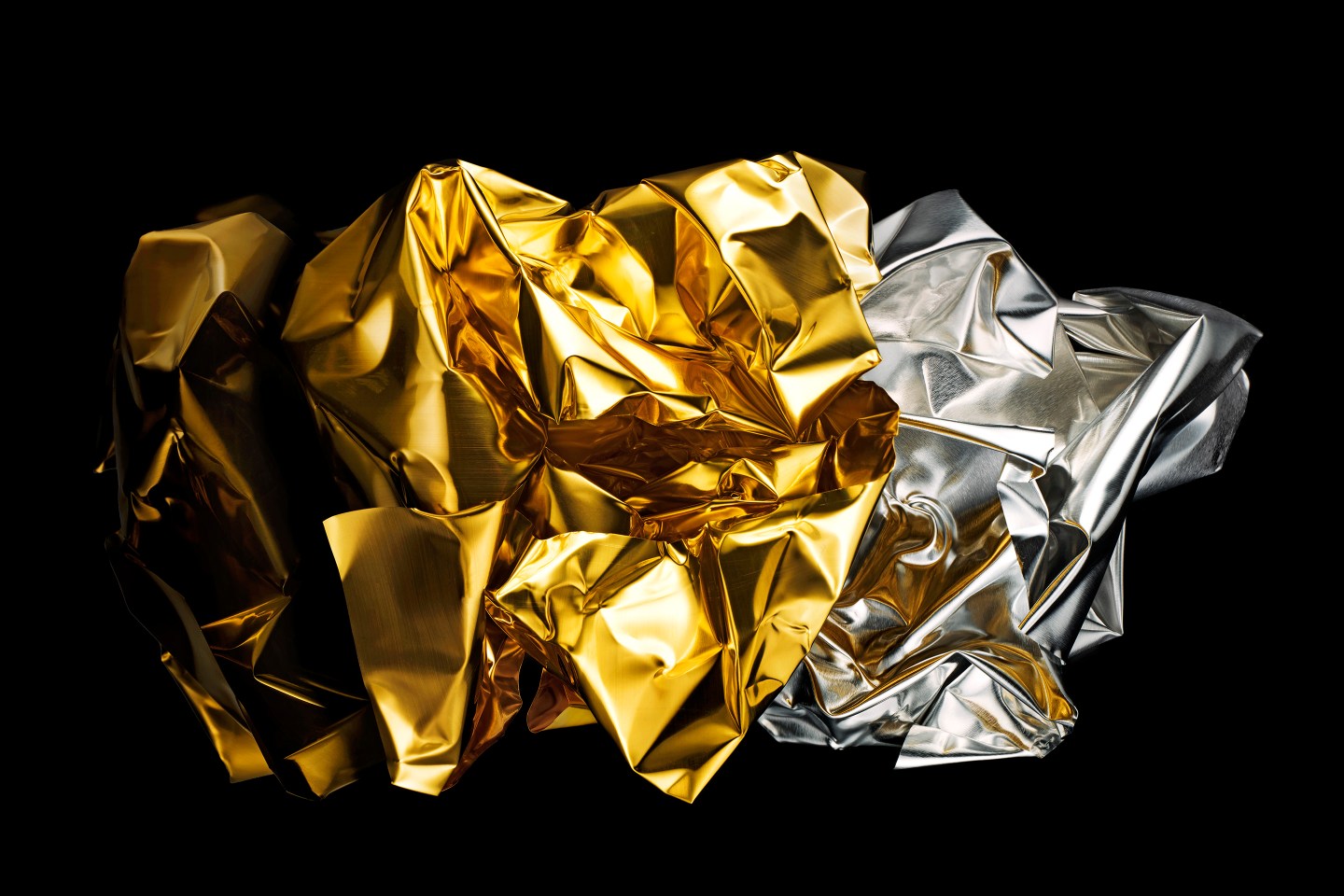 For a chorus of the leading voices in investing, it was the monster rally whose time had come. For about five years, a group of sages, including value-investing boldface names Jeremy Grantham, Mark Mobius, and Rob Arnott, kept pronouncing that shares of companies in emerging markets offered the world’s rarest blend of attractions: deep-discount prices compared with U.S. equities, cheap currencies, and the prospect of robust growth driven by a burgeoning population of youthful middle-class workers and consumers—all factors that long promised a powerful comeback in the beaten-down sector.

Two years ago, their prophecies came true. Valuations in emerging markets—a group of some 25 countries defined by low but growing per capita incomes, rapid industrialization, and zigzagging currencies—took flight. In the 24 months beginning in late January 2016, shares in the benchmark MSCI emerging markets index surged 85%, beating the S&P 500 by 31 percentage points. Despite the sprint, emerging markets looked as if they had plenty of room to run. Not only did they still boast a lot more earnings per dollars paid for equities in the developed world, they also now benefited from what they had long lacked: surging optimism and powerful momentum.

Then the revival suddenly collapsed. After peaking on Jan. 26, the MSCI dropped 22%, seven times the fall in the S&P 500, crushed by negative news about a looming U.S. trade war with China and debt crises in Turkey and Argentina. But for investors rummaging for bargains, the drop is a gift. It has sent the gap in valuations between stocks in developed and developing countries back to near-record levels, making the always-speculative index particularly attractive. As Arnott, chief of Research Affiliates, a firm that designs and manages indexes for mutual funds and ETFs, told Fortune: “Emerging markets are the buy of the decade.” In a letter to clients, Grantham, cofounder of asset-management giant GMO, said he was putting half his family’s retirement funds into the sector. As for Mobius, a pioneer of emerging-markets investing who retired earlier in the year from Franklin Templeton Investments, he’s raising more than $500 million to take advantage of what he calls the “phenomenal opportunity” caused by the recent turmoil in the sector.

Emerging markets offer a classic high-risk, high-reward investment opportunity. The countries that fit the description represent 40% of the world’s economic output as measured by gross domestic product but just 12% of global stock market value. The potential for high growth is associated with countries moving rapidly from heavy dependence on agricultural and raw-materials exports into finished goods manufacturing and services. That said, higher growth prospects come with greater volatility, especially owing to high political, currency, and other risks. This explains the valuation/GDP mismatch, and it’s also why emerging-markets investment strategies fall in and out of favor so frequently.

So while experts pursuing emerging-­markets investment strategies insist they pre­sent a buying opportunity, to commonsense civilians and other skeptics, they look and feel like a trap. Who’s right?

For the sake of prudence, let’s start with the considerable risks. These involve understanding this year’s big selloff and acknowledging that by betting on the likes of China, Mexico, and India, investors are embarking on a potentially lucrative but almost certainly bumpy ride. Two principal factors triggered this year’s drop: shock waves from moves by the Federal Reserve Bank that raised interest rates in the U.S. and the rise in global trade tensions stoked by the Trump administration. Those factors, in turn, triggered a slowdown in emerging-market growth rates.

What ensued was fear of a meltdown that could mirror the Asian debt crisis of 1997. A funding crisis occurs when companies borrow heavily in dollars, and investors lose confidence in the ability of national governments or leading corporations to cover the interest payments. The lenders then refuse to refinance the debt, leading to a wave of bankruptcies. That’s what happened in the late 1990s. “People read these headlines about countries with big currency problems, and given the disaster of 20 years ago, they get really scared,” says GMO’s John Thorndike.

Investors can be forgiven their concern, considering that funding crises have already hit Argentina and Turkey. The Fed’s rate hikes caused the U.S. dollar to spike relative to currencies in the developing world. Many of those countries have underdeveloped capital markets, so their governments and companies borrow from abroad, frequently in dollars. As the greenback appreciates, they’re forced to pay a lot more in Indonesian rupiah or Argentine pesos, for example, to meet their dollar-denominated interest payments. Central banks then lift their own rates to prevent their currencies from sliding even more, a move that slows their economies, further curbing the business and tax revenues needed to repay foreign lenders. Since late 2017, Mexico, South Korea, Russia, Indonesia, and Turkey have all raised rates, with Turkey going this year from 8% to 24%. That vicious circle may cause a downgrade in their credit, so as principal payments on their debt come due, overseas banks demand double-digit rates to refinance their loans. The possible upshot: a replay of the defaults and devaluations of 20 years ago.

The other peril is volatility. Emerging-­market equities flourished in the run-up of global commodities prices for most of the 2000s as many involve resource-rich countries and net exporters. But then pricey currencies and falling prices for oil and other raw materials sent the sector into a five-year bear market. From early 2011 to the start of 2016, equities tumbled 40%, measured in dollars. For U.S. investors, returns comprise two moving parts: the trajectory of stock prices in local currencies and the exchange rate measuring the dollars the Chinese yuan or Brazilian real buys. A drop in exchange rates helped fuel the half-decade decline, a reversal in their currencies’ fortunes fueled the 85% explosion starting in 2016, and another currency drop accounted for around one-third of the 20%-plus market decline from the heights in January.

Emerging-market bulls rate the sectors risks to be greatly exaggerated. For a disastrous spiral to take hold, a nation must be battling three negatives: huge foreign (usually dollar) debt, a dearth of foreign reserves, and a trade deficit. In fact, only three countries face the full trio of headwinds: Argentina, Turkey, and Indonesia. According to an analysis by Research Affiliates, all three carry heavy dollar debt, and Argentina and Turkey are grappling with full-on crises. This year it took a $50 billion bailout from the International Monetary Fund to arrest the collapse in the Argentine peso, and the country’s central bank has hiked lending rates to 65%. Turkey’s economy isn’t in free fall, but it faces high inflation and a big balance of payment deficits. Relatively strong economic growth has enabled Indonesia to stabilize the rupiah by hiking rates to 5.75%.

Brazil and South Africa also merit concerns, if not as severe as the other three. They have medium-size dollar debt loads and carry trade deficits that force them to borrow dollars. “They’re both flashing yellow,” says Chris Brightman, chief investment officer for Research Affiliates. “But they also have large foreign reserves. And Brazil is finally emerging from a deep recession, while South Africa is lowering rates to restart growth.” It’s important to recognize that eight nations make up 82% of the MSCI index: China, South Korea, Taiwan, India, Brazil, South Africa, Mexico, and Russia. On average, those nations hold the equivalent of less than 10% of GDP in dollar debt. For China and India, the figures are 1% and 4%, respectively. Argentina now rates high enough on “developed” metrics that it’s not in the MSCI index, but as a past debt-crisis sufferer, it still has the potential to stoke investor concerns about other emerging markets.

Put simply, the threat of a funding crisis in the nations that dominate the emerging-market index is minimal. “The Southeast Asian nations have not binged on dollar debt,” says George Mateyo, chief investment officer at Key Private Bank. “They took their pain 20 years ago, and now all of emerging markets have been penalized with a broad brush.”

What’s more, even when emerging-market economies slow, they still grow faster than their grind-it-out, mature-economy counterparts. Despite the downgrade, the IMF still expects developing economies to expand at 4.7% next year. The developed world is heading in the opposite direction. The agency forecasts that GDP expansion in the industrialized world will decline from 2.4% in 2018 to 2.1% next year. “Keep in mind that the U.S. is in the 10th year of an economic up cycle, and emerging markets are in the second year,” notes Chuck Knudsen, a portfolio specialist at T. Rowe Price. Also, their government debt loads, generally averaging less than 50% of GDP, are far less burdensome than those of many major economies, including Japan (253%) and the United Kingdom (85%). And emerging markets hold 80% of the world’s people.

Both Research Affiliates and GMO predict far higher future returns in emerging markets compared with U.S. stocks, despite the volatility. Both point to a gap in valuations that’s unjustified by fundamentals. The best measure, they say, is the cyclically adjusted price-to-earnings ratio, or CAPE, developed by Yale economist Robert Shiller. It uses a 10-year average of inflation-adjusted earnings as the denominator, correcting for temporary peaks and valleys in earnings. Today, the CAPE for the S&P 500 stands at 31.1, vs. 12.5 for emerging markets. “That means emerging-market stocks are 60% cheaper than U.S. stocks,” says Arnott.

Earnings growth of 3.8% in emerging markets is just a bit better than in the U.S., says Research Associates. In part, that’s because big companies headquartered in those countries face competitive factors similar to those of the U.S. and European giants. But dividend yields of 3.1% are well above the 1.9% offered by the U.S. benchmark S&P 500. (Yields reflect dividends as a percentage of prices.)

Then there’s the lure that so many ­emerging-market stocks are so darn cheap. Rising valuations, says Brightman of Research Affiliates, should add another 1% a year. Add all the components, and emerging-market stocks should return around 10% annually over the next decade. Research Affiliates’ forecast for the U.S.: 2.6%. GMO is less optimistic but believes a 5.2% annual return is probable. Still, it thinks U.S. stocks, hit by a steady contraction in valuations, will fare miserably, saddling investors with average annual losses of 3.2% through 2025.

Those rich emerging-market returns come at a price—a performance chart that careens from sharp spikes to jolting drops. According to Research Affiliates, emerging-market stocks are 50% more volatile than U.S. equities. In two-thirds of all the months you own them, you can expect 6% swings to be normal. That’s a lot of lurching around. Thorndike of GMO explains why braving the roller coaster is worth it. “The great thing about cheap,” he says, “is that as an investor, you don’t need anything great to happen. You just need a lot of bad things not to happen.” It’s possible that this basket of stocks will get worse before it gets better, so you need to take the long view. When pessimism is much too high, and prices are much too low, that’s the perfect time to pounce.