Goodbye, Orange Creamsicle Vodka: Brands Like Absolut and Ketel One Want to Get In on the Wellness Movement

Vodka accounts for a third of the spirits industry in the U.S., but the category has been lagging behind American whiskey and tequila for a long time.
BYJohn Kell
August 24, 2019, 1:00 PM UTC 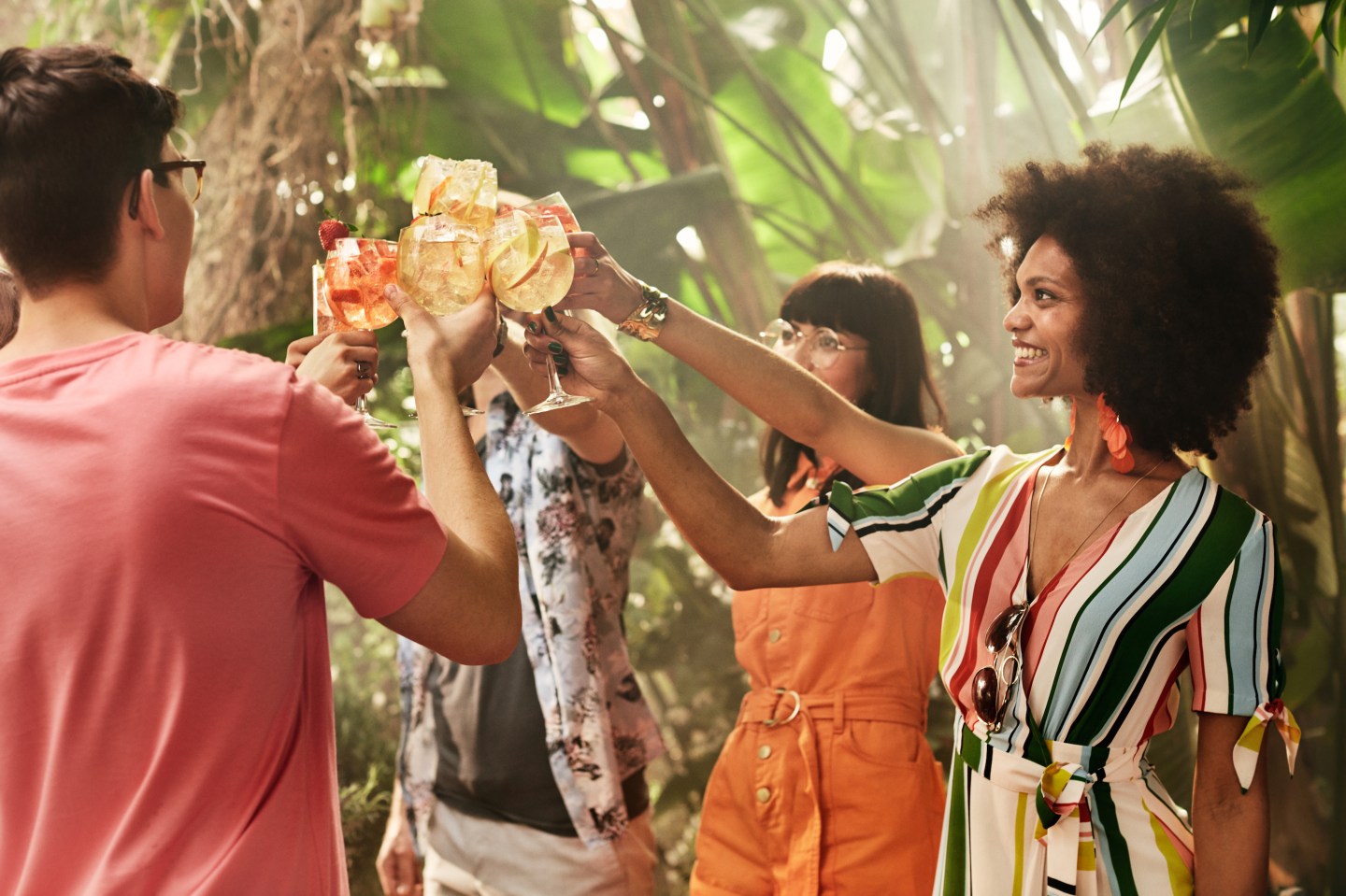 When Lizzo dropped her hit single “Juice” this January, she wasn’t singing about Absolut Vodka. But the rapper is changing her tune.

The popular singer was hired by Absolut maker Pernod Ricard to serve as a pitchwoman for Absolut Juice, a line made with vodka that has 5% juice (strawberry or apple) and no artificial flavors. “I can’t wait to sip this with my big grrls all summer and on tour this fall,” says Lizzo in Absolut’s press release, perhaps one of the only times “grrls” has been used in a corporate announcement.

Absolut Juice launched stateside this spring and is positioned as an alternate to rosé. When it’s served as a cocktail with club soda, the vodka brand hopes consumers will see it worth the squeeze for containing 20% fewer calories.

Absolut Juice represents a broader movement away from the wild flavors of yesteryear like cotton candy and Swedish Fish. These days, vodka makers are incorporating natural ingredients and often lower calorie counts as consumers lean toward alcoholic drinks that pack less of a punch. “Consumers are more interested in healthy drinking, and companies are emphasizing that in their production,” says Max Heinemann, client manager of wine and spirits at Nielsen.

Aligning with broader wellness trends may help these newer vodkas enjoy a longer shelf life than the wild flavors that quickly turned off drinkers nearly half a decade ago.

Just a month before Absolut Juice debuted in a test run in the United Kingdom, rival Diageo started selling Ketel One Botanicals in May 2018. Made with vodka and infused with fruits and botanicals, the liquors come in flavor combinations like cucumber and mint or peach and orange blossom. Diageo says they have 40% fewer calories than a glass of white wine.

“We have gone all-in on recruiting that wine drinker,” says Jim Ruane, director of Ketel One vodka. The lower alcohol-by-volume content is also appealing to the brunch crowd, moving vodka out of the club scene that has become less culturally relevant in recent years.

There’s proof Diageo’s strategy is working. For the company’s fiscal-year results released in July, Ketel One’s value soared 23% compared with a 1% decline in the year-ago period, according to industry data. Ketel One Botanicals has been described as one of the company’s “most impactful launches in our history.”

Vodka was due for a hit. While American-made upstarts Tito’s and New Amsterdam gobbled up market share, many legacy brands saw sales sputter. Flavored vodkas have been especially stuck in a rut, with volume dropping by 500,000 cases over the past two years. Market share for flavored vodka versus classic vodkas has dwindled to 16.2% from a peak of 18.6% back in 2014.

“Flavored vodkas had such a hot ride,” Heinemann says. “People wanted to get on the gravy train, it was exploding so quickly.”

Vodka makers first tasted success by launching citrus variations like lemon and orange, flavors that were in line with how consumers already drank vodka. But then almost every brand launched its own version, resulting in a dozen or more of each flavor being sold at liquor stores.

So to stand out, they added a vanilla variation. And then a chocolate vodka. Sure, they weren’t as mixable, but at least these vodkas seemed natural.

They were difficult to mix and bartenders hated them. Many of the dessert-inspired vodkas gathered dust at home because consumers couldn’t figure out what to do with them either.

Vodka still hasn’t fully recovered. Volume grew just 1.6% in the U.S. last year and underperformed the overall category, according to industry advocate the Distilled Spirits Council. Over the past decade, vodka’s volume increased 36%, trailing American whiskey and tequila, up 63% and 75%, respectively.

Brands retreated when it became clear that flavored vodkas were no longer reliable hits. Stoli, which launched three indulgent vodkas in 2013, sells only the salted caramel variation today. Stoli took five years off from experimenting with flavors before unveiling a cucumber vodka last year and a lime vodka in 2019. Absolut went on hiatus for four years before selling a lime variation in 2017.

“We let the consumer vote based on volume and profitability,” says Mike Oringer, senior vice president of innovation and trade marketing at Stoli.

New trends in vodka appear to favor flavors like cucumber, lime, and grapefruit. Smirnoff is even experimenting beyond vodka. The brand’s “hard” seltzers have doubled distribution in the past year, and the raspberry rosé flavor is starting to appear on bar taps. “We are known for our flavors,” says Krista Kiisk, brand director of flavored malt beverages at Diageo, who says Smirnoff ranks third in sales in the buzzy category.

Vermont Spirits makes vodka from unique sources like the sap of maple trees. That vodka isn’t even technically a flavored vodka, though it smells a bit like butterscotch and tastes slightly sweet. Great Lakes Distillery uses honey harvested from Wisconsin to make its citrus honey flavored vodka. And Hangar One makes a vodka from California fog and has a portfolio that includes pink peppercorn, honeycomb, chipotle, and, of course, a rosé vodka. All of these variations help dispel the notion that vodka either must be neutral or sold in fairly basic fruit flavors.

Before joining Hangar One, head distiller Caley Shoemaker came from the world of whiskey and often heard people dismissing vodka as a boring spirit. But her rosé vodka, which she encourages drinkers to try straight without any mixers or cocktails, is helping consumers appreciate vodka as they would a whiskey or a mezcal.

“The myth of vodka being odorless and tasteless is slowly—very slowly—going away,” says Shoemaker.

—Australia’s new wave of winemakers won’t make Shiraz
—How the bar industry plans to deal with harassment and unruly guests in the workplace
—How to drink–and enjoy–red wine in the summer
—What I learned in inclusion training at the world’s top cocktail festival
—Tap these bottles of wine with your phone to learn more about their makeup
Follow Fortune on Flipboard to stay up-to-date on the latest news and analysis.