Leave Bitcoin out of this, Sen. Warren 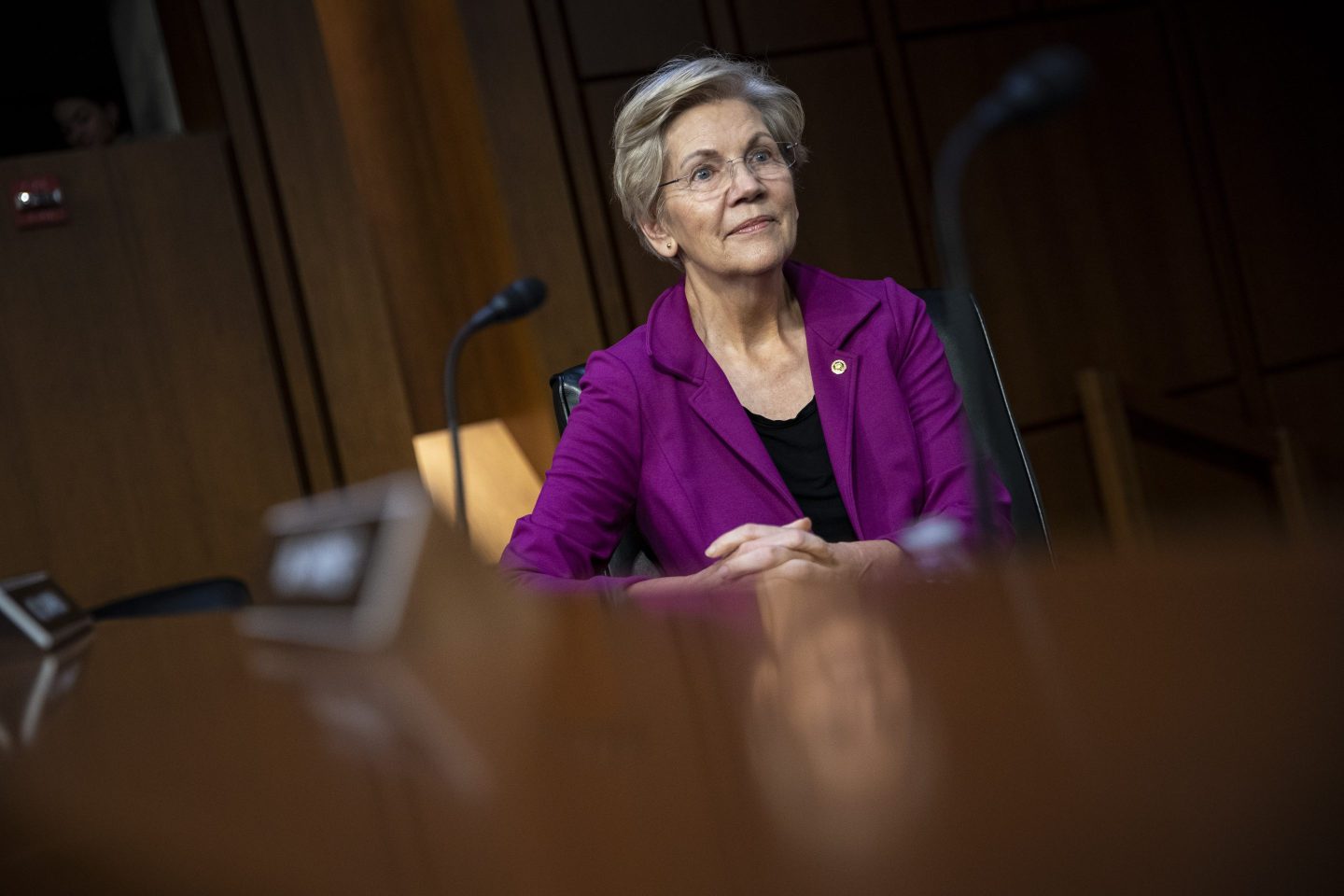 The FTX disaster has politicians and regulators jostling to impose new rules on the crypto sector. This includes Elizabeth Warren, the powerful Democratic senator who is viewed even by her critics as brilliant and principled, but who has an irrational hatred of crypto. On Tuesday, Warren pounced. In a letter, she and two fellow Senate Democrats declared a response to the FTX mess should include…stopping people from owning Bitcoin in their retirement accounts. Huh?

The letter in question—also signed by Sens. Dick Durbin (D-Ill.) and Tina Smith (D-Minn.)—was directed to Fidelity Investments, which holds around $2.4 trillion in 401(k) investments on behalf of its clients, and which recently allowed customers to allocate part of their contributions—which are voluntary and deducted from workers’ paychecks—to Bitcoin.

It’s important to note Fidelity is not deciding on its own to put retirement funds into Bitcoin or even encouraging people to do so. It is simply giving them the option to add Bitcoin exposure along with exposure to stocks, bonds, precious metals, index funds, emerging markets, and a host of other investments. If you are a Fidelity client who is convinced Bitcoin is a terrible investment, you don’t have to buy into it—instead choose from hundreds of other assets, including some that are even more risky and volatile.

So why does Warren think a future FTX—a company run as an offshore casino by a Bernie Madoff-like figure—can be prevented by cutting off access to Bitcoin? It doesn’t make much sense except as part of Warren’s larger ideology that banks and finance are inherently bad, while crypto is especially wicked. As an op-ed by Warren in yesterday’s Wall Street Journal makes clear, she doesn’t want to regulate crypto. She wants to destroy it entirely.

This is a foolish position since, as I’ve said more times than I count, crypto is fundamentally a technology. And there are different degrees you can and should regulate a given technology, but there is no such thing as going back to an earlier era without that technology. Warren’s progressive allies in the millennial generation, including Reps. Alexandria Ocasio-Cortez (D-N.Y.) and Ritchie Torres (D-N.Y.), understand this and are not anti-crypto. But Warren, like politicians of an earlier era who wanted to simply get rid of big swaths of the Internet, is not going to change—but could become irrelevant.

Finally, Happy Thanksgiving to our U.S. readers. We at Fortune will be turning our attention from FTX to turkey and football for a few days and will be back in your inbox on Monday. If you are looking for something to read in the meantime, treat yourself to Leo Schwartz’s jaw-dropping feature about his week in SBF’s corrupt and decadent Bahamas.

Lawyers told a U.S. bankruptcy court that many of FTX's assets have been stolen, and described the situation as among the "most abrupt and difficult company collapses in the history of corporate America." (AP)

Several World Cup teams have cryptocurrencies whose price is loosely tied to their success, and on Monday the value of Argentina's plunged 20% after La Albiceleste lost to Saudi Arabia in a shocking upset. (Fortune)

SBF's law professor father helped his son's company spread money across a wide variety of charities and PACs, emulating a lobbying strategy used by big corporations but at a much faster scale. (NYT)

In an usual call to investors, Sequoia Capital apologized to them for losing $150 million on FTX. (WSJ)

A Hollywood trade pub reports Apple is close to beating out Netflix and Amazon for the film rights to the forthcoming FTX book by Michael Lewis, who wrote the bestsellers Moneyball and The Big Short. (Deadline)

Being the crypto person at the Thanksgiving table: