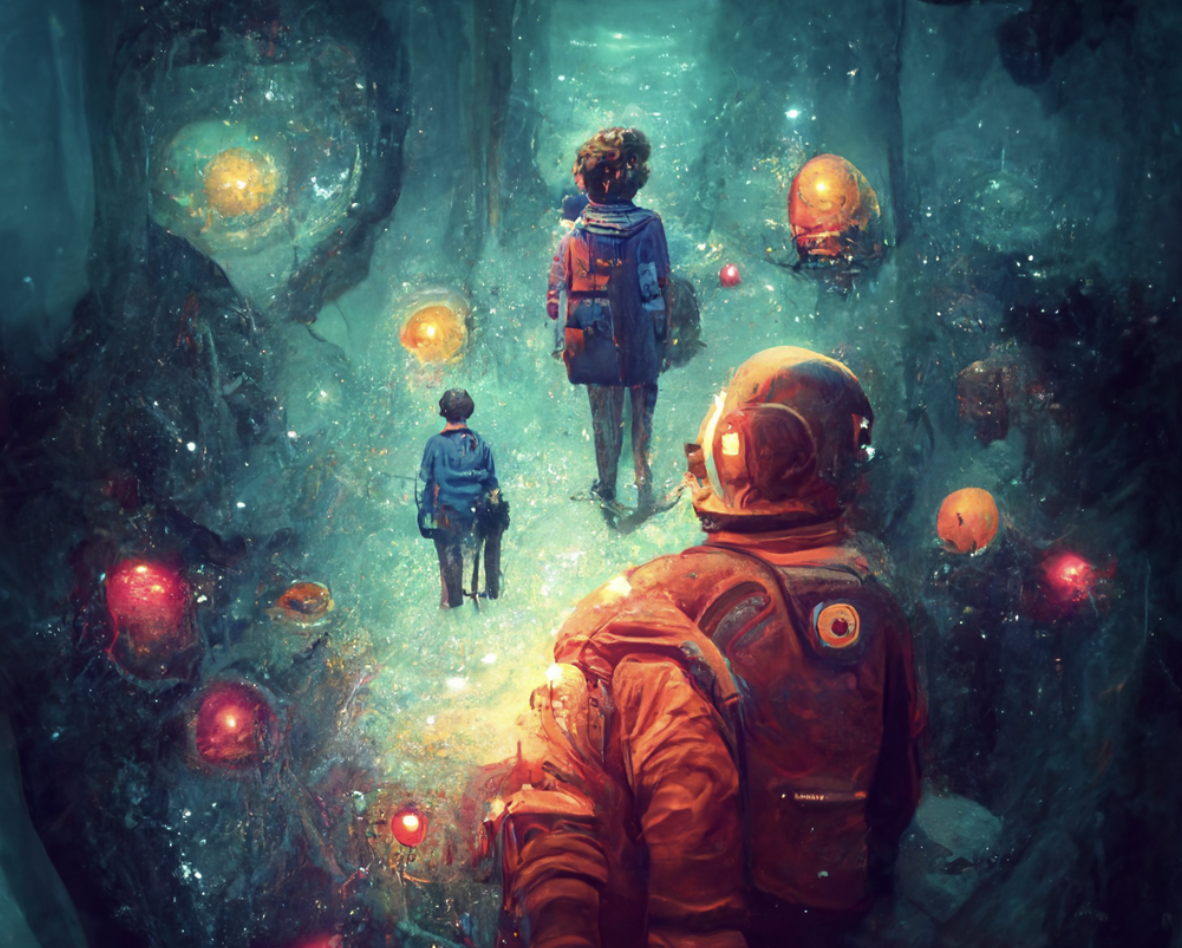 The founding of Ethereum is the stuff of legend. The tale, recounted in several books, turns on a motley group of programmers who built upon a white paper written by 19-year-old genius Vitalik Buterin, and, after much drama and chaos, created the most popular blockchain in the world. Two of those early collaborators, Gavin Wood and Charles Hoskinson, would later turn on Buterin and launch rivals to Ethereum—Polkadot and Cardano, respectively—and now another cofounder is launching a massive blockchain project of his own—but one he says is a complement to Ethereum and will promote decentralization.

The new project, Andiami, is the brainchild of Anthony Di Iorio, who like Buterin hails from Toronto and is best known for financing Ethereum in its infancy. Today, Di Iorio is rich thanks to proceeds from his early stake in Ethereum and other crypto investments, and, if his new venture succeeds, it could be a key pillar in achieving the elusive goal of a decentralized internet known as Web3.

On Monday night, as part of the kickoff to the W3B summit, Di Iorio took to a stage in downtown Toronto to formally announce Andiami—an Italian word he coined that translates as “Let’s go together.” The project launch will be a multiyear affair that involves tokens and a new protocol but, at its core, revolves around shipping 3,000 console units known as Cubes to people around the world who will be chosen at random from a white list.

In an interview with Fortune, Di Iorio explained that the Cubes, which he describes as Xbox-like devices, will be fundamental to solving what he believes are the two major problems impeding Web3: The paradox of centralized decentralization and the persistence of Web2 business models.

The term “centralized decentralization” refers to the phenomenon that important components of Ethereum, which is nominally supposed to be free of any central authority, are increasingly being operated by a handful of big players. These include Alchemy and Infura, which supply infrastructure that help companies interact with the blockchain, and more recently the likes of Coinbase and Lido, which are responsible for validating transactions under Ethereum’s new proof-of-stake system. Meanwhile, these big players are relying on the centralized servers of Web2 behemoths like Amazon and Google to carry out their operations.

Di Iorio believes the solution to this is to empower individuals to supplant these centralized blockchain actors by deploying their own hardware—hence the Cubes, which will operate as decentralized servers capable of storing 12 terabytes of data and which will be able to interact with any major blockchain, storing copies of ledger histories and validating transactions.

“The Cubes will be plug-and-play full nodes with indexed blockchain data for any chain,” Di Iorio explains. “You can’t have a user-controlled internet if the user doesn’t have their own server.”

To further promote decentralization, he says that those who sign up will not need to provide any identifying information beyond a first name. He suggests those chosen to receive one use a P.O. Box and says Andiami will then destroy that information so as to preserve anonymity.

The Cubes, and accompanying kit, will sell on a sliding scale from $300 to $5,000 with the cheaper ones intended for low-income participants—part of Di Iorio’s plan to cut out the venture capitalists who, he says, have been big contributors to centralization in the blockchain realm.

Di Iorio, like many in the crypto community, is a lifelong fan of games and puzzles so it’s no surprise that Andiami has a heavy gaming element. Those signing up for a Cube first will receive a “Quest for Liberty” kit that requires them to solve a series of physical and digital puzzles in order to receive “Digital Life Tokens.”

The tokens will be used in the economy of a future node-sharing protocol that Andiami is building, letting holders participate in a marketplace for allocating resources to various blockchain operations. Cube owners, who will connect to one another via the future protocol, eventually will receive the tokens as rewards for hosting and sharing node data.

Di Iorio told Fortune that Andiami has not decided on the nature of the tokens but that they will like come in the form of a so-called Layer 2 built atop Ethereum.

Cube owners will also receive a physical authentication chip that, along with their phones, will serve as proof of ownership and identity—a feature Andiami is calling “NFPs” for Non-Fungible Phygitals.

As noted, all of this is massively ambitious undertaking, even by the standards of blockchain projects. For this reason, Di Iorio has given himself a long timeline, with the tokens slated for distribution at the end of 2023 and the Cubes to arrive as late as the end of 2024.

It’s too soon, of course, to know if all of this—or any of it—will come to fruition, though Di Iorio certainly has the resources to give it a shot. It’s also worth noting that the projects launched by his compatriots from Ethereum’s early days, Hoskinson and Wood, now command multi-billion dollar valuations. It’s not out of the question that Andiami can one day achieve the same.