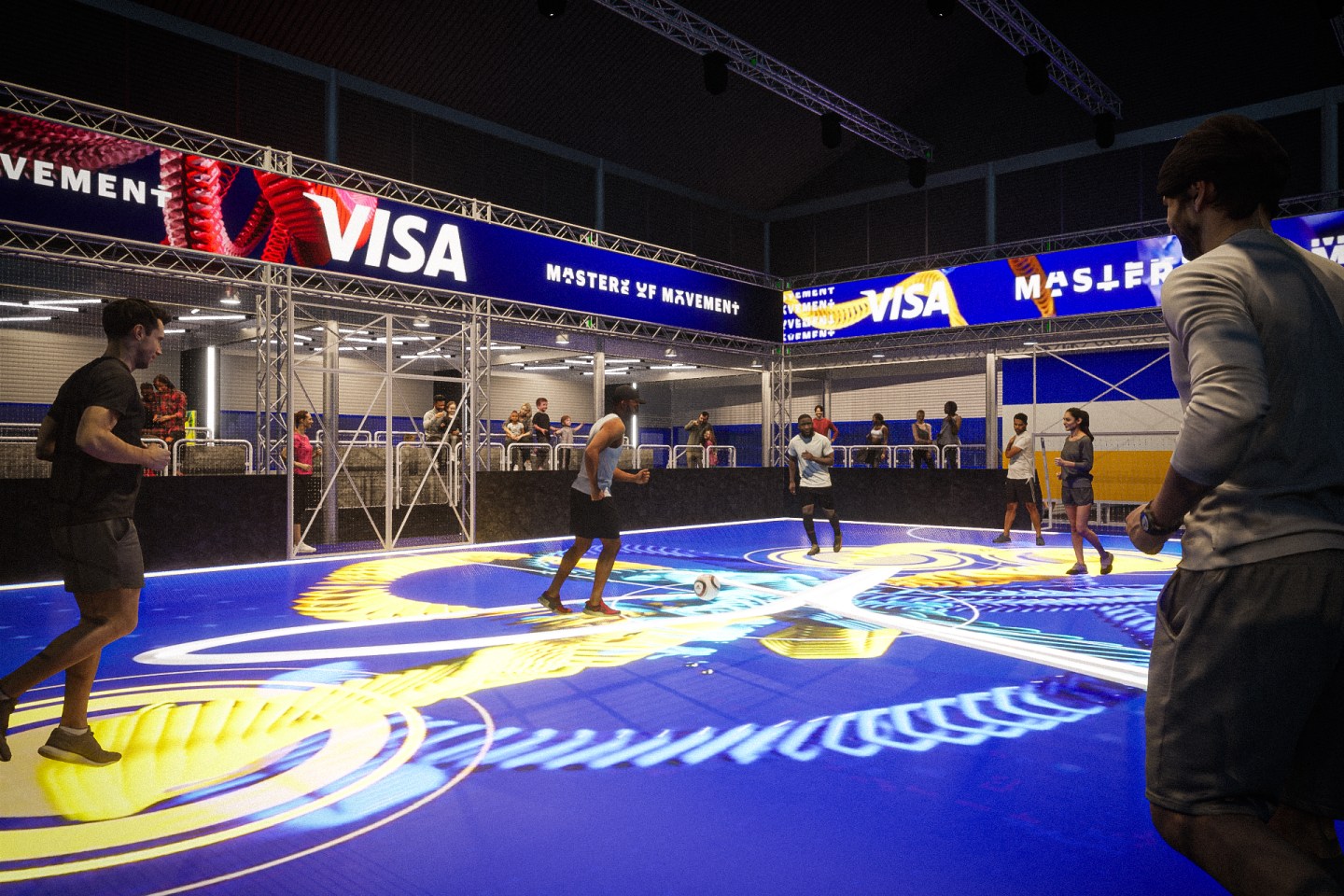 As the kickoff for the 2022 World Cup in Qatar approaches, Visa is releasing five soccer-themed NFTs to help raise money for charity. And during the tournament, it also will let attendees create their own digital art.

Starting Tuesday, the digital payments company will auction off five NFTs, which feature World Cup goals from Jared Borgetti (Mexico), Tim Cahill (Australia), Carli Lloyd (U.S.), Michael Owen (England), and Maxi Rodríguez (Argentina). Each digital collectible consists of a series of colorful loops based on each player’s movements in the build-up to their goal. The pieces are painted in the colors of the player’s national team, and they include which World Cup the goal was scored in, the date it was scored, and the minute of the match it was scored in.

The auction, in partnership with Crypto.com, will last until Nov. 8, with all proceeds being donated to Street Child United, a U.K.-based charity that hosted its own international soccer tournament in Doha, Qatar’s capital, for underserved kids in October.

“It is a global movement that tackles the widespread stigma that street-connected children face,” Andrea Fairchild, Visa’s senior vice president and head of sponsorships, told Fortune.

During this year’s World Cup, Visa also will let fans create their own NFTs on a digital pitch at the FIFA Fan Festival. During four-minute-long, six-a-side matches, the players will create their own digital artwork in their favorite national team’s colors by simply playing soccer. The interactive pitch will track their movements and goals and create a unique GIF, with broader brushstrokes for more dynamic movements.

“The inspiration behind it is the movement and the flow of the game,” Fairchild said.

Visa will auction off five NFTs based on previous World Cup goals for charity, including one based on a 1998 goal by former England national team player Michael Owen.
Courtesy of Visa

When the players exit the field, they can see what their digital art looks like and then choose to receive it as an NFT, or a non-NFT digital file for citizens of countries who aren’t eligible for Crypto.com accounts. Those selecting the NFT version should see it appear in their wallets within seven to 14 days.

The NFT auction and fan experience marks Visa’s most recent foray into Web3. The digital payments company became one of the first in the Fortune 500 to buy an NFT when it spent $150,000 on CryptoPunk #7610 in August 2021.

“In Web3, the opportunities are endless,” Fairchild added. “It’s just a matter of finding our place.”